How to Get Biting Winds in Destiny 2?

There are several types of weapons to choose from armor, like righteous armor, to a gun like the recluse gun in Destiny 2, but one of the most unique type of weapon is the Bow. Bows are really interesting in Destiny 2 because the majority of them are mediocre and chosen more as a fun fantasy weapon.

Beyond Light, the expansion, which introduced many fascinating bows like the trinity ghoul, Strident whistle, and Biting Winds Compound Bow, changed all of that. Although it is difficult to obtain and farm for, this is one of the best and very powerful bows in the game.

Destiny 2’s Biting Winds Legendary Bow is not only powerful but can be very useful in combat, and knowing how to get it can give you a significant advantage. 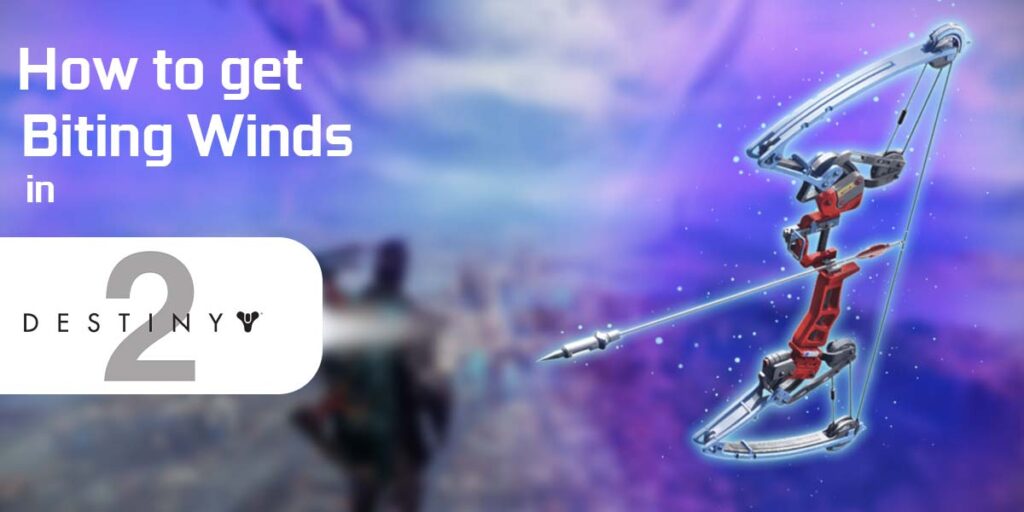 How to get Biting Winds Bows in Destiny 2?

You will reach The Dark Priestess Hunt quest right after progressing through the Beyond Light expansion and killing the many Fallen Kells.

Those who have been following the campaign attentively should be able to complete this task with ease, though even these players should bring their strongest weapons. Biting Winds bow will be awarded to players after they complete the Dark Priestess quest.

It is possible to farm Biting Winds bows again in order to obtain their ideal/preferred form once you have obtained the powerful weapon.

The Dark Priestess Empire Hunt from Variks can be unlocked by completing all post-campaign activities in Beyond Light.

The NPC can be found at Charon’s Crossing on Europa, where players can also discover numerous Empire Hunts tasks for each Europa-specific weapon. The Biting Winds will be available as a prize for one of the unique Empire Hunt.

The objectives for Empire Hunts are really simple and all follow a very similar pattern:

Not all Empire Hunts quests are the same. However, one example goes like this:

These goals aren’t too difficult and will feel similar to the Beyond Light mission, so they’ll be simple to farm. That is, you can repeat the Biting Winds Empire Hunts mission until they receive their desired god roll weapon.

Another possibility is to assassinate important targets on Europa, where if you are lucky, you may see the fatal Biting Winds bow drop. However, given the magnitude of the prize pool, which includes both armor and weapons, the first option is likely to be preferable. 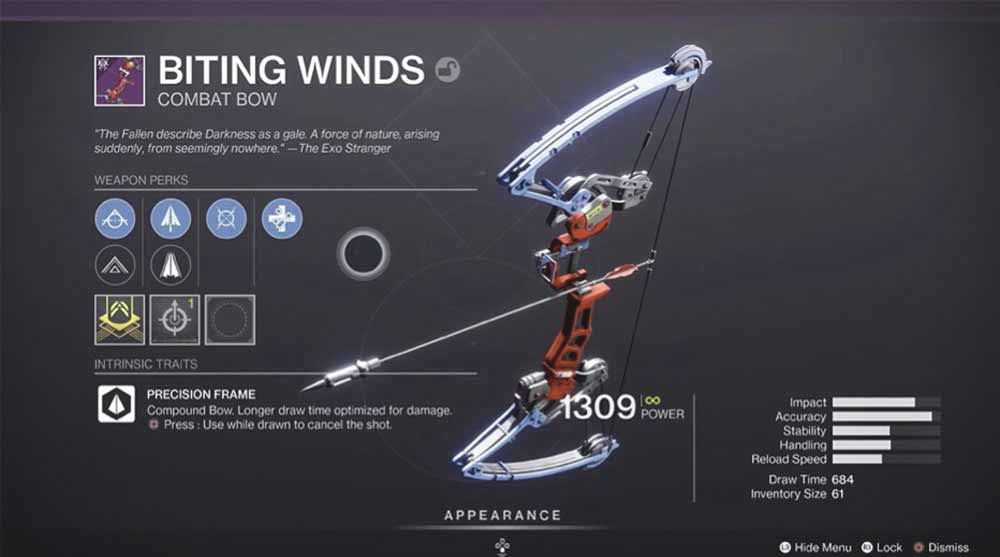 The Legendary Kinetic Combat Bow, Biting Winds, is a Precision Frame and Compound Bow combination. Longer draw time is the damage optimization here. Take a peek at the statistics below!

Killing Wind can be active for an absurdly long time when you have x5 Swashbuckler stacks. Moving the target in a Competitive game makes landing headshots considerably easier. Biting Winds is a decent PvE bow, but it can’t compete with Arsenic Bite or Trinity Ghoul.

In terms of weapons in Destiny 2, there are numerous sorts of weapons available to use. The Arrow is the more distinct of the bunch. Bows are the most thrilling of all weapons, whether they are drab or full of imagination.

Beyond Light’s release altered the game’s dynamics, and this is the reason for the arrival of a powerful bow like Biting Winds. However, it takes time to obtain, so don’t expect it to be ready at once. However, the wait is worthwhile because it is a powerful and beneficial weapon in the game.

Biting Winds is, without a doubt, one of the most rewarding bows in Destiny 2. It’s faster and more consistent than the majority of the other bows in the game. Its strong collection of benefits makes it a reliable primary in PvE. In PvP, bows are still lackluster, although Biting Winds can compete.

Biting Winds is a Legendary Kinetic Combat Bow. It’s a damage-oriented composite bow with a Precise Framework and a lengthier drawing time.

Killing Wind gives you an extremely long-ranged bow while also improving control and agility, while Rapid Hit allows you to gather arrows more quickly. Your damage perks in the second column are Explosive Head or Swashbuckler but don’t overlook Sympathetic Arsenal.

Biting Winds, one of Europa’s weaponry, is the most lethal PvP Bow in Destiny 2. This is a Precise Frame Bow that is compatible with Swashbuckler. Biting Winds will one-tap Guardians to the skull due to the amount that base power Precision Frames have.

Previous article
One of Many Triumph Destiny 2
Next article
All about Candy in Destiny 2: Solo Candy Farm, Hidden Candy