Fiona Tower Of Fantasy is coming in 2.4 update, we all see in the preview. If you haven’t seen, firstly you should see the preview. There are nine SSR characters that have recently leaked for the upcoming Tower of Fantasy version 2.4. In which you will see one of the character of 2.4 update, the Tower Of Fantasy Fiona. As Numerous new character debuts will be included in the next Tower of Fantasy 2.4 update for the open-world animation MMORPG mobile game.

What Is Fiona Tower Of Fantasy?

Fiona Tower Of Fantasy which we show in the 2.4 preview in coming soon in the game. As in the preview of the 2.4 update we get to know that fiona is the queen because she possess the water element and her Weapon in moon star bracelet. 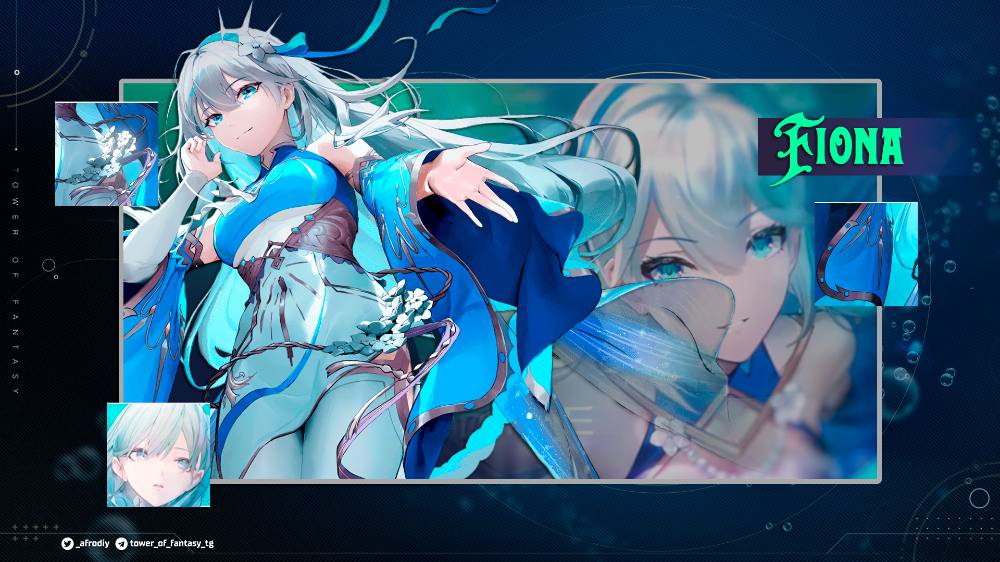 In this Moon star bracelet there is stuff written in Chinese, it is basically a sword which comes out in when she is fighting and attacking. As we in the trailer of 2.4 preview in Tower Of Fantasy, all the fiona attack are water base.

I think it is quite interesting because the official are trying to add the future elements that were mold with current elements. We will not saying anything about it because it is not confirmed yet, so we have to wait a while to know in detail. In the next paragraph we will see about the weapon of Fiona Tower Of Fantasy.

Weapon Of Fiona Tower Of Fantasy :- As we know that Tower Of Fantasy Fiona in an Aberration element character. She can make or use dual swords as her primary Weapon. The dual swords pop-up from her moon star bracelet when she is fighting and attacking to her opponents.

This look very cool when she attacks and dual swords comes out while fighting. I am personally excited to get Tower Of Fantasy Fiona and play. In ths next paragraph we will see when we will get and how we can get Fiona Tower Of Fantasy.

When Will We Able To Get Fiona Tower Of Fantasy ?

And there’s time for 2.3 to end, so we have to wait for the next update of news will come regarding Tower Of Fantasy Fiona. There is no official date for this, we only see the preview and more it yet to come.

When Zeke, a character who has been recognized from the beginning, can finally be played in the future Tower of Fantasy game, this SSR character would likely be the most intriguing upgrade. We must still wait for the update from level infinite to be released because it is currently unknown when this patch will be available.