Roblox Project New World will present you with a fascinating and alluring world influenced by anime, particularly an One Piece anime. Anyone with a curiosity can learn and play the game thanks to the available tutorials. Eleven primary islands are currently available for exploration and gameplay.

There are a variety of mini objectives to complete in Roblox Project New World, such as killing monsters to earn money for your character. Beautiful Super Bosses as well as Weapons. A few different races to play as, Fourteen Devil Fruits which unleash powerful abilities, and more to come in the future.

Players can also customise there character however they like. Take your knowledge to the sea and use unusual ships to swashbuckle your way across the landscapes. Game developers frequently release intriguing new codes for players in the Project New World Roblox.

What Is About The Roblox Project New World? 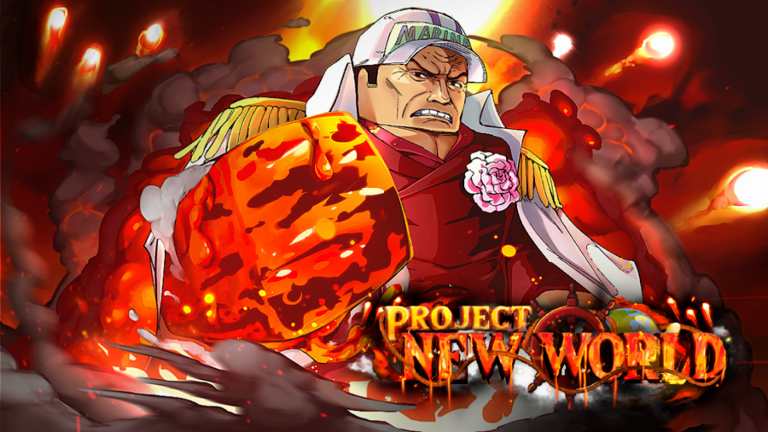 Roblox Project New World offers players a distinctive trip through a very anime-influenced. Role-playing game that will undoubtedly keep players on edge of their seats. And eager to embark on their next big adventure with a broad range of abilities.

What Are The Locations Of Roblox Project New World?

The fact of Roblox Project New World can even be enjoyed on PC, mobile devices, and gaming consoles. That means there are no geographical restrictions for the experience, which excite me greatly. Any Roblox platform is available for you to use to play.

When compared with some of the other Roblox Anime RPG games available, starting a journey in the this game has a wide range of advantages. These advantages are:

What Are The Devil Fruits In Roblox Project New World? Roblox Project New World, Devil fruits are another important component of the game’s design, along with the use of weaponry. It’s thrilling to watch as the foes are wiped out by the variety of devil fruits available and their jaw-dropping animations.

In the game’s universe, fruits can be found close to any tree. On a public server, they spawn after sixty minutes have passed. On the a VIP server, however, they will cease spawning when five fruits appear, at which point the server will not reopen to players. The game currently has 14 devil fruits accessible, including these.

One of the simplest badges to obtain for the game is “You Played. Which is gained simply for beginning as well as joining Project New World in Roblox. When you reach level 100, you can earn the following badge.

The following two badges in Roblox Project New World can be earned when you reach levels 500 and 1000. These badges take longer to earn than they are challenging. If you play the game casually, you can quickly acquire these badges and show them off to other players.

In Roblox Project New World, there are five different weapons that can be acquired. The beginning island is where you can purchase or obtain the Katana. Which deals the same amount of damage as your ordinary fists.

When you defeat the Dual Swordsman in battle, you can demonstrate your dual-wielding sword ninja skills and acquire the Two Sword Style. You may also purchase the “Shark Blade.

Which has what looks like a fang on its blade and is intended for those who want to have an effect on the planet. You must pay 800 Robux for the “Dark Blade” game pass listed here in order to obtain the Dark Blade.

Rewards You To Complete The Quest In Roblox Project New World :-

1). To be eligible for any of the awards if you decide to battle the Dual Swordsman, players must reduce the boss’ health by 20%. These are the benefits:

2). Fire Fist, the second super monster, has a level of an astounding 900 and can be found just on island that is located the furthest north on the map. Once more, in order to receive the prizes, you must inflict 20% damage to a boss’s overall health.