The Tower of Fantasy 2.1 official trailer glimpse was also got released which showcased a new exotic location of the confounding labyrinth with some horrifying locations too. Basically, the Confounding Labyrinth will be a very extensive dark underground spot unraveling some of the dark missions and secrets to the players.

Tower Of Fantasy 2.1 Update – All Info About the Confounding Labyrinth 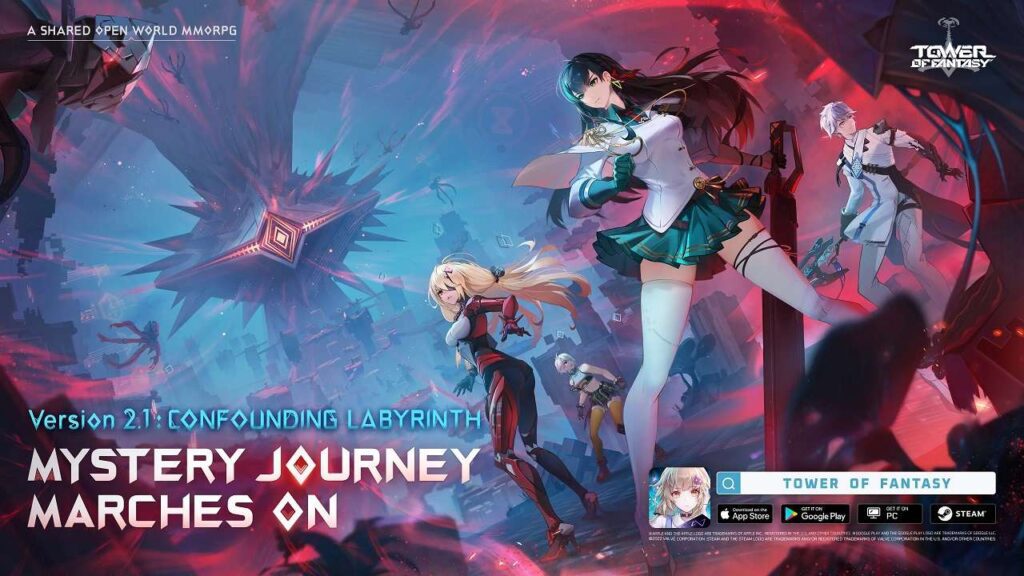 So the news is that Tower of Fantasy next 2.1 title update is releasing on November 22, 2022. Players can watch a glimpse of the Confounding Labyrinth for the gameplay of the next update. It’s a mysterious location that’s going to unfold several monsters in the game.

The confounding labyrinth is located so close to the Mirroria, and it’s a cryptic underground labyrinth region from Tower of Fantasy. As the trailer itself says it’s going to be an intriguing thing about the Tower of Fantasy 2.1 Confounding Labyrinth.

Travelers and wanderers are in for a mysterious challenge where they must explore through the dark underground regions of this labyrinth. Also, a new scientist from the labyrinth was also showcased in the trailer.

A new mighty boss is on your way in the dark locations of confounding labyrinth, more updates regarding Confounding Labyrinth will be expected sooner too.

Saki Fuwa in Tower of Fantasy is Live From Today

A marvelous fighter with insane abilities and stats Saki Fuwa will be the next powerful character from Tower of Fantasy. Wanderers will be able to unleash the potential and skills of Saki Fuwa for the battles and attacks from now on.

After being released only for Chinese version regions of Tower Of Fantasy, now Saki Fuwa is globally releasing in the game finally. More about Saki Fuwa stats and abilities are expected to come soon from today.