Rocket League Fan Clash 2022: Who Is The Winner?

The Rocket League Fan Clash Event has ended, but all of us want to know who is the winner of the event. Fans of all skill levels can still enjoy the prizes even if only the greatest will perform on the LAN main stage.

Players from all over the world can participate in Rocket League Fan Clash Worlds 2022 and watch their favorite Rocket League Championship Series teams compete in the Main Event while gaining points, completing tasks, and winning in-game rewards.

Players can earn Fan Rewards in a novel method during the Rocket League Fan Clash event. Players can get rewards for joining up and finishing challenges, and they can join one of 8 Teams to work with the other fans toward the Global Leaderboard, which offers even more incentives, in addition to receiving awards for themselves.

We may have a community-wide party using Rocket League Fan Clash. Our team’s overall score will increase with each goal, save, or assist we register throughout the competition. Choose our favourite squad and get ready for a showdown because we will lose or win as one enormous team.

Each goal, assist, and save will add to our team’s point total once we have selected a team. At the end of the competition, the team with the most points will be declared the winner. Depending on where they finish, each team will receive incentives. And the winner in Rocket League Fan Clash Event in NGR, in an official tweet we had seen that they declared NGR the winner.

Teams in Rocket League typically have a maximum of three players, but in Fan Clash, we get to hang around with everyone. Our team’s overall score will increase with each goal, save, or assist we register throughout the competition. Choose our favourite squad and get ready for a showdown because we will win or lose like one enormous team.

How to Get Into Rocket League Fan Clash Event?

After choosing our squad, it’s time to begin fantasising about the rewards! Simply by registering on our specific Rocket League Fan Clash website, we will be able to access our first Items.

After locking up our preferred squad, perform Fan Clash Challenges to receive more goodies. As we participate, be careful to verify the Fan Clash page since you’ll be able to monitor these challenges as well as the advancement of our team on a Global Leaderboard.

Our team’s score total during Rocket League Fan Clash will determine how many Placement Rewards we receive. Make every effort to move our squad up the leaderboard because higher rankings bring larger rewards.

We get two things for signing up, which we will talk about later. After that, players who have already registered and chosen a team will have tasks to complete. The three difficulties. The following rewards are available for completing the challenges listed below. 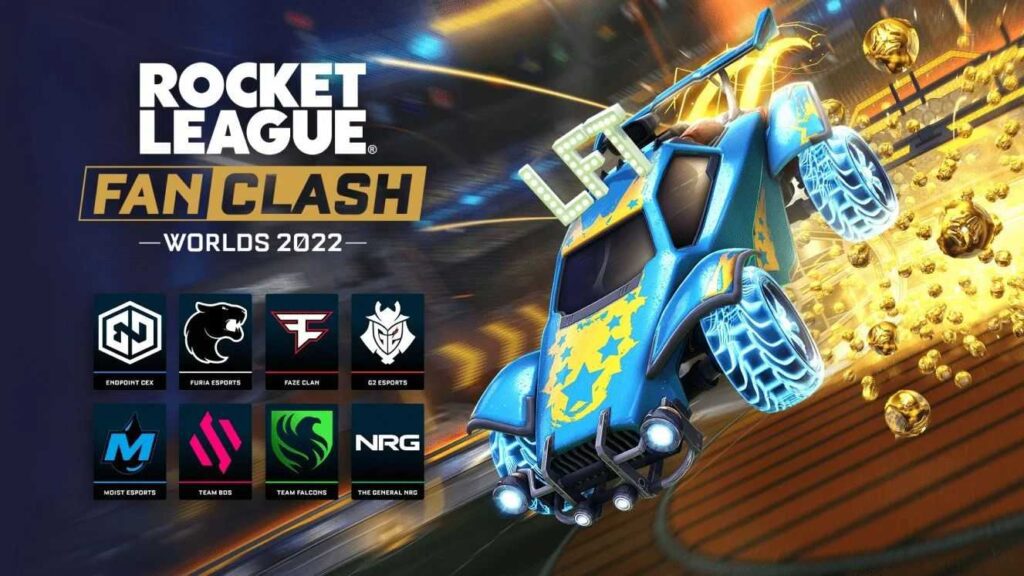 These are the rewards you could receive based on how well your chosen team performs. To be clear, this is based on the points the team receives through this system rather than the placement the team achieves in the real competition. Through goals, assists, or saves, teams can accrue points.