Let’s take about the first Challenge of world-class Carrier Down, Sky Carrier COD Mobile. Season 10 in COD Mobile’s World Class is officially available and has begun introducing a variety of new topics to the game. Like the new multiplayer, map, bright battle pass theme, nerfs and bonuses to some meta weapons, and more.

However, it has also included two brand-new operators for scorestreaks. The developers’ inclusion of the football theme and the introduction of well-known soccer players as Leo Messi, Neymar, and many others to commemorate the season and the Anniversary is the most challenging and alluring aspect of this season.

Additionally, a brand-new seasonal challenge called Carrier Down is now available in the game. Players can participate in battles and complete missions to earn incredible rewards like the character skin, the CBR4-Victory blueprint, and more.

Therefore, by visiting the seasonal event section, gamers can win these prizes as well as some others. To finish those events, they mostly need to devote some time to MP. In this post, we will see the first challenge or carrier-down event. Sky Carrier COD Mobile.

In order to finish the entire Sneaky combat event, users must achieve a total of 7 missions Sky Carrier COD Mobile is the first mission. Each challenge that is successfully completed will award the participants with incentives. In the below paragraph, we will get to know how to complete the Sky Carrier COD Mobile Challenge.

In Sky Carrier COD Mobile Challenge, Using various scorestreaks in multiplayer mode is the focus of this six-part seasonal challenge. Players will come across various tasks and incentives at each step. But be sure to finish all of the assignments before this season is up.

In the first challenge, we have to land at the sky carrier site three times in BR matches. And also we have to kill at the Sky Carrier COD Mobile site in The BR matches. If we complete this first challenge of Sky Carrier in COD Mobile, we will get 200 Credits and Battle Pass XPx1000. Make sure if you want the rewards you have to complete the Challenge otherwise you will not get the reward.

Other Challenges Of Carrier Down Event:- 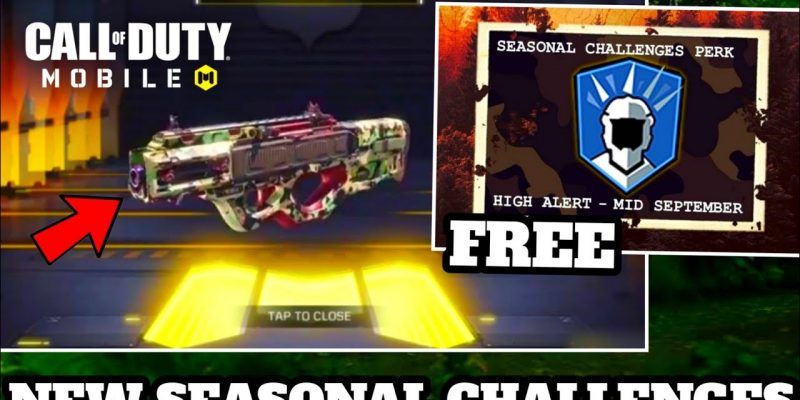 We hope this guide will help you to get know how to complete the Sky Carrier COD Mobile Challenge. For more information and interesting post make sure to follow Gaming Acharya and comment if you have any queries.

Previous article
Path to Nowhere Male Characters: Who is Powerful Male?
Next article
Care for a spot of tea? Or maybe a spot of punch in the face LoL Quest Quote – What’s the answer?