Nikke The Goddess Of Victory CBT Code: All Active Codes Available And How To Redeem!

What Is Nikke The Goddess of Victory CBT Codes? 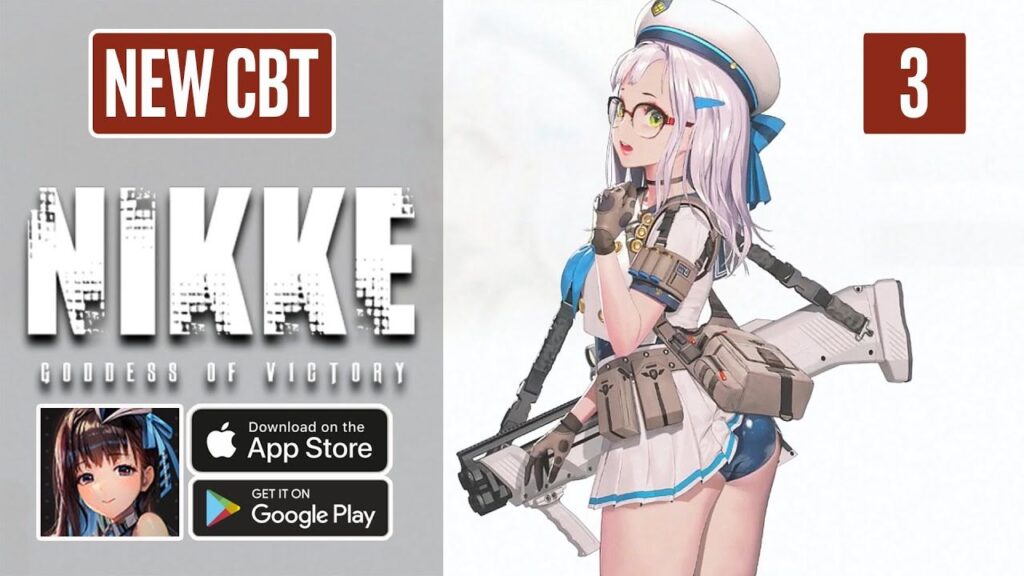 Developers and publishers give away free goods to their communities via codes. They typically come in the shape of a string of numbers plus letters that you may use in-game to obtain free items.

These freebies might come in a variety of packages, including boosts, skins, and in-game money. They frequently appear around significant occasions, such as launches or updates, but remain for a brief period of time before disappearing.

Use the CD-Key Redeem Platform to redeem the following codes by tapping the bell icon in the upper right corner of the screen when in the lobby and selecting the Event Notice tab. You can find the matching awards in the in-game mail. Verify the server name and account name we are using to redeem the codes.

For Nikke Goddess Of Victory CD key codes that have expired. Nikke codes for the goddess of victory expire over time. You can only use them for a short time before they become invalid, after which you should no longer receive the prizes. Please let us know if any of the Goddess of Victory Nikke codes in the list above don’t work by leaving a comment below.

Additionally, players who begin their quest as Commander now are eligible for 110 free pulls, 2 SSR characters, and one SR character. The immersive sci-fi RPG shooter for iphone and Android, Goddess Of Victory Nikke features a novel one-handed control setup for practical play. More than 3 million people pre-registered for the game before it launched, granting starting Commanders access to a variety of incentives. The distinctive weapon but rather skill set that each NIKKE possesses determine how each level is played.

The primary theme of the game, TuNGSTeN, was composed by Sawano Hiroyuki, who is most known for his work on Mobile Suit Gundam Unicorn, Attack on Titan, and Seven Deadly Sins. It can be played with either an English or Japanese voice over. Also featured in the mobile RPG is an engaging story-driven journey replete with gorgeously designed playable characters or a mystery environment to explore.

How To Redeem Nikke The Goddess of Victory Codes:-

In order to Goddess of Victory Nikke Redeem Code you only need to do the following things:

As stated in our post, be cautious to enter Nikke The Goddess of Victory CD key codes precisely as written. If you don’t, you might discover that they don’t function for you, which would indicate that you may have entered them wrong. Whether any of the codes were invalid or expired after you have verified them, please let us know so that we can quickly update the list.

How To Redeem Nikke The Goddess of Victory Promo Codes:-

The following incentives are redeemable with the promotional code “NIKKENO1”: Gems x 100. If you’re unsure of how to redeem your code and receive your benefits, follow these instructions.

How To Get More Nikke The Goddess of Victory Redeem Codes:-

Codes will be posted on the official Goddess of Victory Nikke Facebook page as soon as they are available. If you wish to communicate with other gamers, you can join their Discord server. You can return to this page and see what has just been added because we will be trying to keep track of any new Nikke The Goddess of Victory codes.

All of the codes of Goddess of Victory Nikke are currently listed above! We will include any that you find that aren’t already on our list as soon as you let us know about them in the comments.

How to Play Goddess of Victory on a PC?

The greatest Android emulator, LDPlayer 9, is the only practical way to enjoy this game’s more complex gameplay without sacrificing battery life or experiencing heating issues.

With LDPlayer 9, many game improvements may be implemented to improve game play and provide you a larger viewing area. Start playing right now if you want to have a more engaging gaming experience because everything will be smoothed out over here, including the animations and visuals.

The most recent codes are often available on the game’s official social media pages. In order to find more of these codes, you must thus examine their social media accounts including Facebook, Reddit, and Discord.

Other YouTubers are broadcasting in support of the game in addition to arriving with newly released codes. Because there are so many channels to check, this guide also will help you keep track of all of the codes, and we’ll update it anytime a new Nikke The Goddess of Victory Gift Codes gets released. Therefore, stick around and have access to a central repository for an expanding quantity of new game codes.