Underwater Map Overwatch 2: All New Updates About It!

The new map is anticipated to feature an underwater dome construction in the midst of a Atlantic Ocean by gamers. A old Galapagos (Tortoise) control point map, from the days when Project Titan was the name of Overwatch, is mentioned. Underwater Map Overwatch 2, inside a dome-shaped building, is the Galapagos.

Players fear that the Overwatch developers may repurpose the Galapagos map, which was cut from the finished product. Or at the very least use this map as inspiration when creating the Atlantic Arcology. However, this is just speculative, so don’t take it too seriously. The Tank Hero, which will making its debut on Season 2, will be connected to the new map is think it will be the Underwater Map Overwatch 2.

When Will We Get To See The New Underwater Map Overwatch 2? 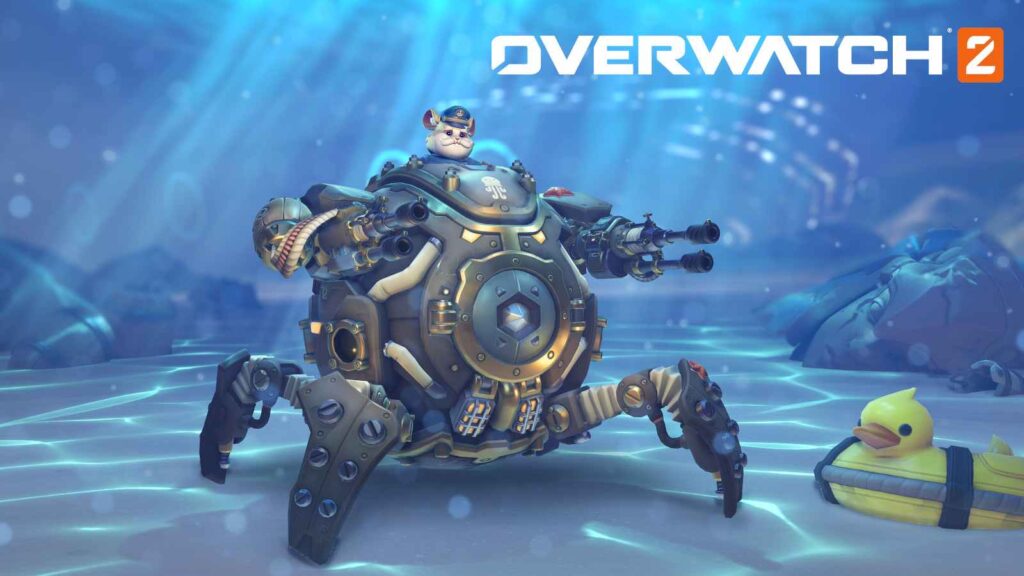 Naeri just tweeted that there are six possible maps that could be used. But she has already made two specific mentions of the underwater maps. Highlighting the potential existence of a new underwater map Overwatch 2.

Additionally, the Overwatch new map should appear soon. Most likely on December 6, 2022, the day that Overwatch 2 Season 2 is released. Before the debut of season 2, you can still take part inside the Overwatch 2 Halloween Terror event.

On the train route indications in Midtown and Esperanca, you may also see the destination Atlantic Arcology. Since the location hasn’t been addressed in any previous Overwatch lore, many enquiring gamers have been wondering what it is. Additionally, Hyperloop makes reference to it.

What Is The Concept Of Underwater Map Overwatch 2?

This notion has really been proposed before, and a prediction of the Galapagos Islands was one of them. Although it was two years ago, and Overwatch likely abandoned the concept at the time. The Galapagos are a collection of islands located in the Pacific Ocean. An Galapagos map was suggested when Overwatch was being developed. The Underwater Map Overwatch 2 would have utilised a two capture point configuration, according to reports.

The term arcology refers to an architectural design notion in which a perfect metropolis was housed within one giant vertical edifice, reducing excessive consumption and protecting the natural surrounds. Essentially, a city surrounded within a big man-made structure. It is indicated by the word “Atlantic” in the title that this relates to a small area of underwater arcology within Atlantic Ocean’s middle. Because of this, the concept has gained importance.

Soldier76 would not be very useful in the Underwater Map Overwatch 2. Players would much rather see Tracer using her DPS more frequently. There won’t be much of a competitive advantage for Lucio and even Wrecking Ball. Most heroes with electric-related abilities, including Winston’s Tesla cannon, should also deliver friendly damage. The map is best used by players skilled in Genji, Kiriko, and Echo.

There seem to hint at the future map on existing places added to Overwatch 2, as shown by Redditor (SonOfGarry). There are railway routes that refer to several current maps and one that has not yet been made public, Atlantic Arcology, on both the Midtown and Esperanca maps.

The Redditor remarked the Arcology can be summed up as a city enclosed within a big man-made structure and that the Atlantic region could indicate that this region is similar to Atlantis. Users also noted that the area was referred to as the “Pan-Atlantic Arco” in railway signs during in the Overwatch 2 beta, so it’s curious if Blizzard changed the title.

Fans of Overwatch may be familiar with just an underwater map Overwatch 2 because a control point map called “Galapagos” was shown in early concept drawings but never really appeared. It’s possible that the developers returned to the Galapagos idea to turn it into something else, like a King of the Hill map, since that 2CP is no longer around.

That concludes our discussion of the new Underwater Map Overwatch 2. Please share your thoughts on how you anticipate the game’s mechanics will send in the comments section below.