You will be rewarded with Primogems, the hero’s wit, and ingredients for talent levelling once you have located the Star. So, keep reading our instructions, and we’ll show you where and how to find the Wise Future Star Genshin. 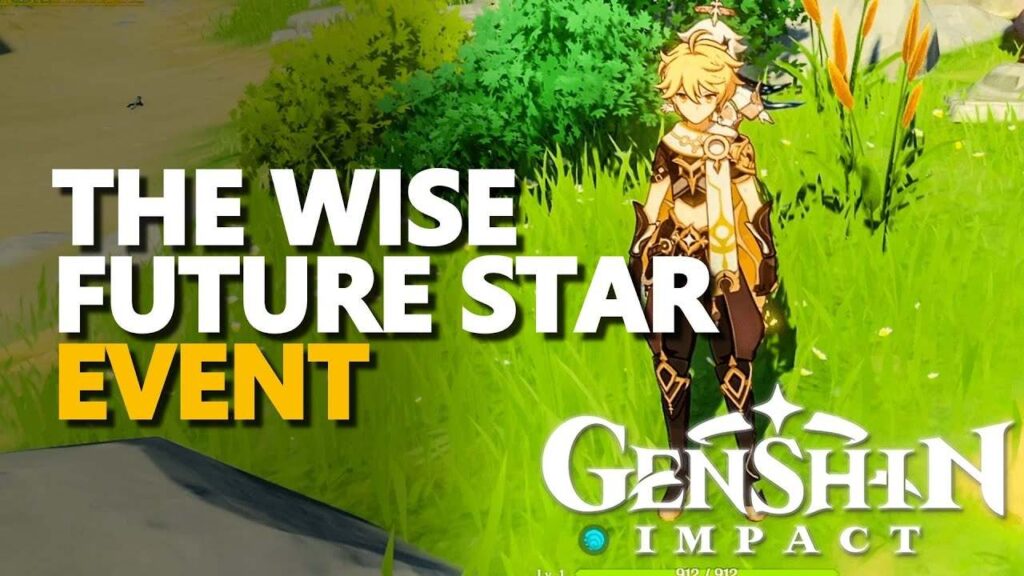 Go to Ashavan Realm, Sumeru waypoint by teleporting there after you have opened the map. Once there, use Banu’s Wisdom Gadget to search until we find a white light indicator, then glide down to where it is pointing in the image above.

After that, descend and you’ll come across another of the Banu’s wisdom devices. After that, you must locate the 4 Pyro Torches and ignite them using a Pyro attack. The last two Pyro Torches will break once you fire the first two, thus you must repair them with an electro attack. You can light the final two Pyro Torches by doing that. You’ll be able to view the Wise Future Star Genshin in front of you by doing that. Take hold of the Star, as well as the quest would be finished.

The southwestern region of Sumeru’s green forest area is home to The Wise Future Star Genshin Impact, which is the third Future Star. It is situated on the north side of Apam Woods.

The puzzle’s beginning will be visible on top of the grey circle. You must employ a Pyro character, like with other puzzles of similar kind, to ignite the four torches that may be located nearby this grey circle. However, two lamps are glowing blue; to fully unveil them, are using an Electro character’s ability just on a floating green creature.

Two torches are located to a left of a circle and two to a right, one of which is on a little incline, so be careful not to trip over it. Once all 4 torches are ignited, the wise Future Star Genshin will appear with in the centre of the grey circle.

How To Find The Wise Future Star Genshin Impact:-

Make your way to Apam Woods and keep using Banu’s Wisdom Gadget there until you locate a white light indicator on this spherical puzzle plate. You must locate the four neighbouring Pyro Torches and ignite them with such a Pyro attack in order to illuminate the plate’s four sides. All of the Pyro Torches ought to be close by.

When the floating Tri-Yana Seed is close enough to repair the broken Pyro Torches, you must use an Electro attack on it. You can light them up after that. after finding all of the Hints and lighting all four Pyro Torches.

In the area north of Apam Woods, there is a platform with a floating Tri-Yana Seed and four Torches encircling it. This Tri-Lakshana creature can revive a Ghost Torches by releasing a pulse that covers a small area of effect (AoE) when it is exposed to electricity.

To resurrect the Ghost Torch, you must swiftly apply Electro after patiently waiting for Tri-Yana Seed that approach the Torch. The torch can then be lit by applying pyro to it. Only two of the four torches need to be reignited. Any order can be used to activate them.

If you’re having problems finding the other Torches, go to the image above. The 2 Torches that require the Tri-Yana Seed & Electro to be revived are the ones that are circled above. The Wise Future Star Genshin Impact will appear on the platform in the middle once you have lit all four torches. To finish this segment, go to the Future Star. Don’t forget to collect awards listed in the event information.