Fortnite Mr Meeseeks: Release Date, Bundle Prize & How To Get It!

New bundles for Fortnite Mr. Meeseeks will be available during in the Fortnitemares 2022 event, bringing Rick & Morty back to Fortnite. Because of their recent appearance in MultiVersus, the characters from the well-known adult cartoon series Rick & Morty are no longer unfamiliar with video games.

However, Rick and Morty appeared in Fortnite before MultiVersus even existed. Players could finish the Battle Pass in Chapter 2 Season 7 to gain access to Rick Sanchez’s outfit. Thank goodness, fans of the popular Battle Royale game won’t have to wait too long for show to return.

More About The Collaboration Of Fortnite Mr Meeseeks & Others Characters:- 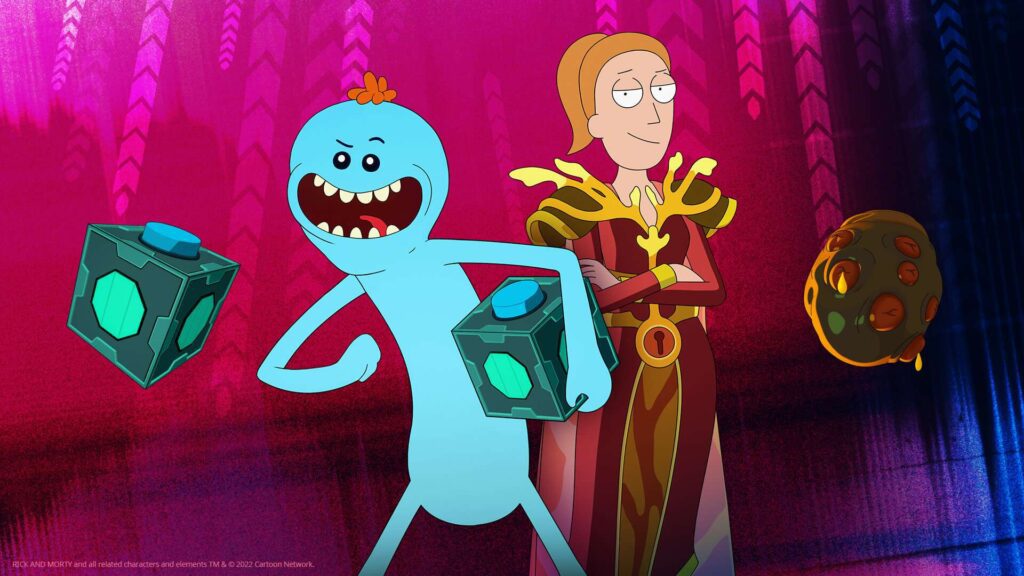 In a Twitter post, HYPEX, a well-known data-miner, revealed that even a fresh Fortnite x Rick & Morty game is in the works. The post does not contain any additional textual content, however it does contain an embedded image of Fortnite Mr. Meeseeks and Summer Smith from of the franchise.

There isn’t currently any information available that can provide specifics regarding the nature of collaboration and what it comprises. However, the image contains a hint. The costume from the Promortyus episode looks to be of Summer Smith, Morty’s older sister.

For those who are unfamiliar, Rick and Morty’s seventh episode of the fourth season is titled Polymortyus. The episode centers on Rick and Morty’s mishap with the face-hugging Glorzo type of extraterrestrial. Summer is formally installed as that the new queen in Glorzo while the pair become involved with the aliens. The timeline of the episode is a replica of the well-known Alien film series. 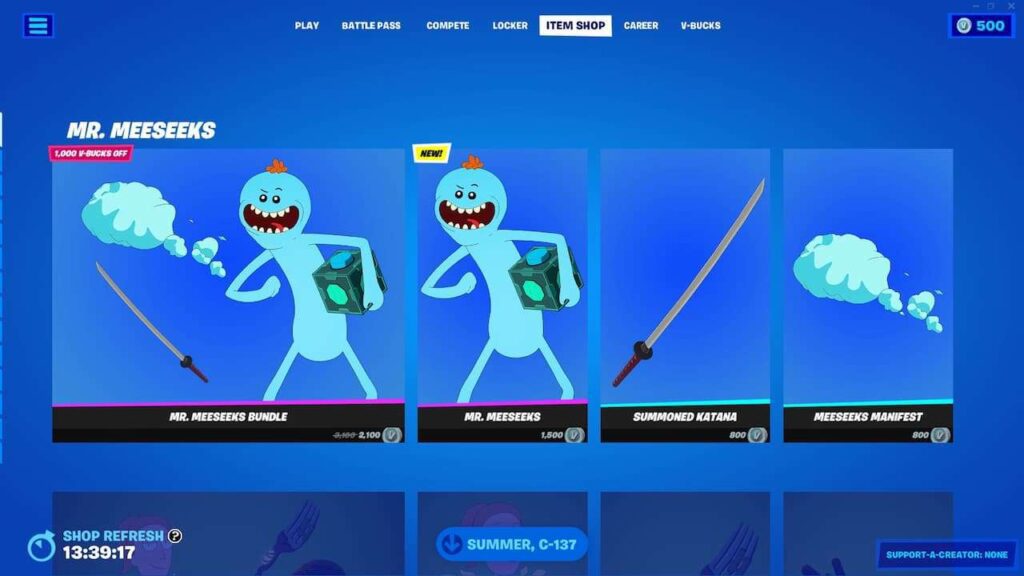 Thanks to the launch of Fortnitemares 2022, meeseeks are officially a thing in Fortnite. During the delay, there were a few leaks, but nobody anticipated the cosmetics to show right quickly.

According to the brand-new Fortnitemares 2022 event teaser, Ash Williams of Evil Dead will also visit Fortnite. Each package contains a distinct Pickaxe and Glider and is sold separately. When Fortnitemares 2022 ends, it’s likely that they’ll go from the Fortnite Item Shop.

This is what each bundle contains:

Since you can buy each cosmetic on your own, you can save V-Bucks if you don’t like something. In addition to Mr. Meeseeks, Morty is back in Fortnite. Given that Stranger Things may return, this may not be the only partnership to make a Fortnite comeback.

How To Get Fortnite Mr Meeseeks?

In Fortnite, buying Mr. Meeseeks skins with V-Bucks is the only way to obtain them. Players must spend at least 3,000 V-Bucks to buy both skins because each one costs 1,500.

The character of Fortnite Mr Meeseeks has an entire episode devoted to it having to comply with any requests made of it. His back bling includes his summoning cube, the katana from his debut episode, as well as the glider cloud that appears whenever the Meeseeks achieve their objectives.