The Empyrean skins LOL were previously leaked, albeit they were formerly known as Neon Inferno. The champions’ trailer has now been released by Riot, and it has some surprises for you. Riot accomplished it. A new skin trailer was published a day earlier, but also are we crazy? In no way.

Now that Riot has finished working on Empyrean league of legends, the newest skin collection is officially revealed to us. These skins have a unique appearance that combines color and darkness all in one.

An Empyrean skins LOL, the line has a dark color scheme that is reminiscent of Dark Cosmic. PsyOps skins incorporate some Dark Star Guardians effects, giving off a strong sense of impending doom that is only getting closer to you.

Simply put, the skins represent the uncompromising anguish of a tragic hero, a beauty of an ugly, and the art hidden beneath the ruin. Chaos, in one word. In this post, we will see all about the Empyrean skins LOL, their release date, prices of all the new skins, and more that we know till now. 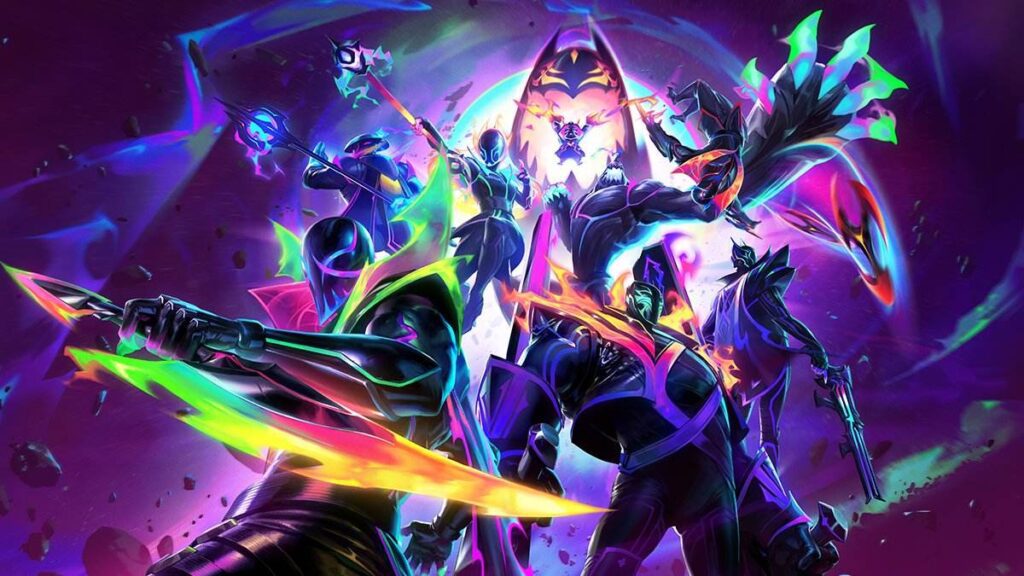 The upcoming League of Legends update, 12.21, will include the introduction of skins of the Empyrean League Of Legends. The skins will be available for you to purchase on November 3, 2022, since they typically arrive in the store the day after a patch is released. So enjoy the new League of Legends top laner and the impending K’Sante skin out there.

Players inside the community seem to be ecstatic the about 2022 skins of Empyrean League Of Legends because of how many Champions might fit in them. An Empyrean skins LOL line seems to have a lot of potential given that the designers may experiment with a wide range of various kinds that can apply to their personal collection of champions.

The New Skins Of Empyrean League Of Legends:-

With such a total of 8 champions gaining skins and prestige skin also being added to the mix, this patch won’t let us down despite the fact that we’ve been spoiled by skins in recent patches.

As the first cooperation between Riot as well as a musician, Lil Nas X helped create K’sante’s prestige skin. It’s true that Riot has collaborated on skins with Louis Vuitton & Tiffany & Co., but never with a real artist.

All Prices Of Empyrean skins LOL:-

Since they fall within the epic skin tier, these skins will set you back 1350 RP. However, this Pyke skin will cost extra because it is a legendary skin, so be prepared to part with a whooping 1820 RP. You will need to play League of Legends at the LoL Worlds 2022 tournament in order to farm tokens for the prestige K’Sante skin, and will also be extra expensive.

You will have to decide if you want the Prestige Empyrean K’Sante skin or even the Prestige Spirit Blossom Master Yi skin in addition to your tokens. This is all about the Empyrean League Of Legends leaks release date, Price, and new skins or the league of legends. If you like our post please follow Gaming Acharya and comment if you have any queries. If we get any updates about this topic we will shear all in our new post.