Apex Legends Jester, a brand-new Legend, has leaked. He’s rumoured to be joining the Apex games quite shortly. An enormous amount of Apex Legends Jester leaks were made public in March 2022. New heirlooms, locations, game types, and most intriguingly new Legends were all mentioned. There were nine in total, and Newcastle looked like the logical choice for such a Season 13 premiere.

However, a recent video from Apex content producer Thordan Smash claims that Jester will truly be our Season 13 Legend. What can they do? And who is Jester? Here is a description of Jesters’ capabilities.

One of the nine newly discovered legends almost certainly making their way to Respawn’s popular battle royale this year is Apex Legends Jester. An Apex Legends Jester leak revealed a lot of information about Jester, like their skills and also how they fit into the squad, even though we still don’t know how they would look. 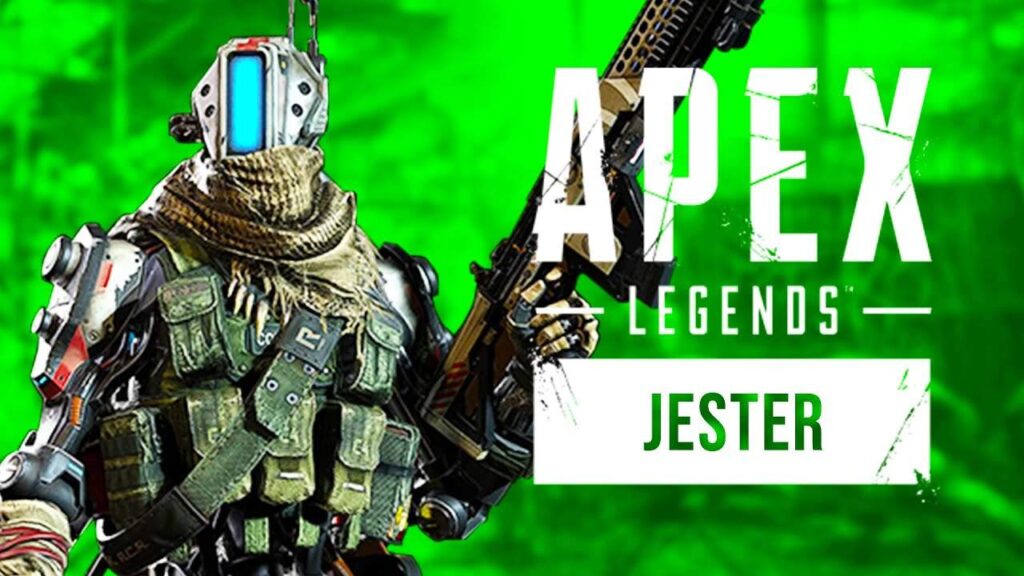 Apex Legends Jester is the Simulacrum, similar to Ash & Revenant, based on the deceased former ICM hero, but unlike Ash and Revenant, he has been trained to think he is the real human agent, not a clone. He doesn’t remember having human limitations, which is the only difference. We don’t know much more about Jester other than the fact that he is currently a freelance bounty hunter.

Actually created for Titanfall, the Apex Legends Jester character was removed from the script and the game before it was released for whatever reason. Since everything transpired at the last minute, Jester doll figurines have already been created. One of the unclaimed Jester figurines is shown here.

Now in this paragraph, we will see the ability and gameplay of Apex Legends Jester. All the following information is given below.

To defend a location, send a drop pod containing three spectres. From the leaked video, it appears that this has a lengthy cooldown & should be just as simple to utilize as a Lifeline package of care.

It’s really unusual that this is a Tactics skill rather than an Ult. Even if they are not challenging bots, calling in NPCs for a tactical skill sounds very wrong. This might be a top-tier tactical ability with the exception of the cooldown and even its inability to be used inside. 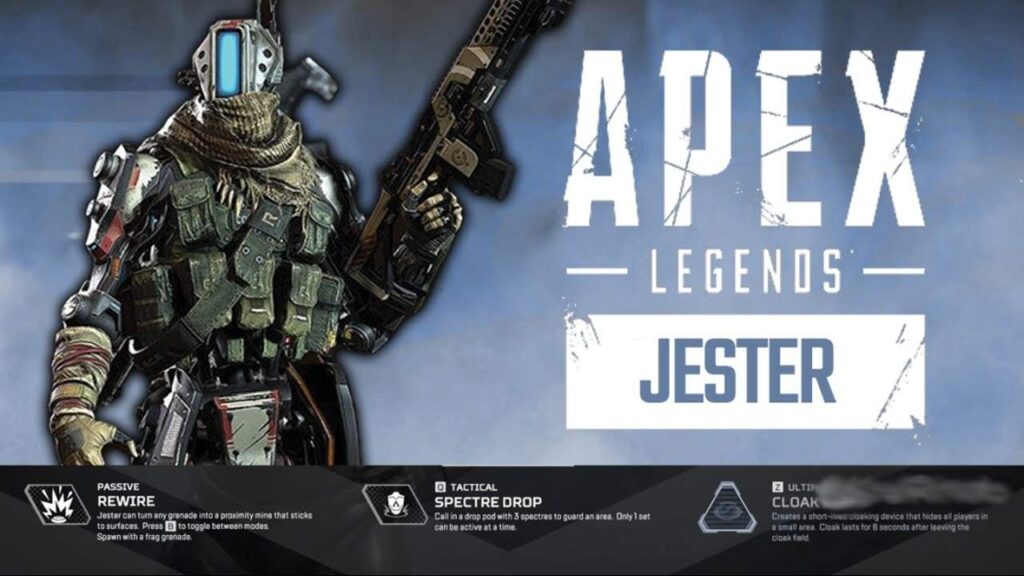 In addition to starting with a frag grenade, Jester is able to transform every grenade into the proximity mine which adheres to surfaces. It appears that all it takes to transform a grenade into a sticky mine is to hit a button when it is equipped.

Starting with the grenade might be excellent for initiating encounters if we land somewhere hot, making this a potentially powerful passive. The effectiveness of a game’s current grenades as proximity mines remains to be seen, though.

Turns everyone invisible in a bubble-shield-sized area centred around Jester. If someone steps outside the bubble, they lose their ability to be seen for six seconds.

It sounds fantastic, Cloak Field. Providing everyone with a Mirage-caliber escape mechanism But achieving perfection will undoubtedly be challenging. That is all we currently know about Jester. Doesn’t he sound pretty fantastic? He won’t, however, be a simple Legend to utilise. Perhaps you should keep an eye on the top novice Legends if you’re just starting off in the game.t

If we get the other information, we will shear to the guys. And if you like our post then please follow Gaming Acharya and comment if you have any queries. For now, have a nice day.