Undying Sorrow Fortnite: How to Get It & More!

Undying Sorrow Fortnite, which will be available shortly, will bring the Concept Royale 2022 champions. Here are the cost, release date, and other details for these skins. Many horrifying and twisted animals are making their Fortnite debuts or returns as the spooky season approaches.

The Restless Dead set of Undying Sorrow skin in Fortnite was made available on October 16, 2022, during Chapter 3 of Season 4. When the Undying Sorrow becomes available, you must pay 1,200 V-Bucks to purchase it in the item shop.

Over the course of October, a variety of distinctive skin will be added to Epic Games’ Battle Royale, joining our Item Shop. The two Concept Royale 2022 champions will be made available soon. 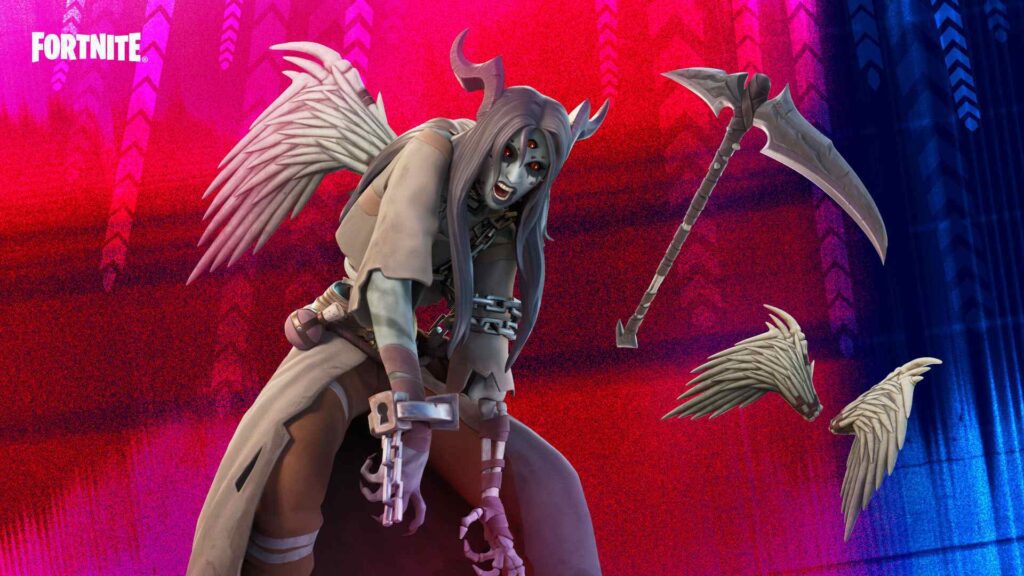 That a so Concept Royale was held by Epic Games in March. The goal of this friendly competition amongst artists was to win a monetary prize of $2,500 and the opportunity to have their original outfit appear in the title.

Just before Fortnitemares 2022, Dreo and Kitsu’s outfits will be put to the game as the contest winners. An Undying Sorrow Fortnite Skin, which is depicted in the screenshot above, was created by Kitsu. This item has a fantastic appearance and is undoubtedly appropriate for Halloween.

On the other side, Dreo took a different approach and created the Sinister Glare suit, which is also distinctive and appealing in its own right. The two outfits were leaked as a result of the October 4th, 2018 v22.10 upgrade. Since then, players have been eagerly awaiting new cosmetic items to appear in the Item Shop, but the wait is almost over.

The Fortnite developers will release a ton of more skins so over the Fortnite Halloween event. Given that there have been talks about partnering with the survival game, it is likely that the majority of well-known Death by Daylight characters will join Fortnite.

What Is The Price Of Undying Sorrow Fortnite Skin?

Undying Sorrow Fortnite Skin will reportedly cost 1,200 V-Bucks in Fortnite, however, we can’t be certain of the exact amount just yet. This projection is based on previous Concept Royale champions, with the champions of 2021 costing 1,200 V-Bucks each.

We may also presume that they will sell a bundle that would cost 1,600 V-Bucks for both of them. Additionally, to assist prevent buyer’s remorse, purchasing these skins will take advantage of Fortnite’s new purchase capabilities for the Item Shop.

When Undying Sorrow Fortnite Skin Will Get Released?

Undying Sorrow Fortnite will be available on October 15, 2022. That’s according to reputable leaker HYPEX of Twitter, who recently tweeted that they had confirmed the date. Given that a recent leak says Stranger Things could make a comeback in Fortnite, these are probably not the only scary skins that will be added to the game.

It makes it plausible that the skin will appear in the game soon given that it is already with game files since Fortnite’s v22.10 release. Although a precise date isn’t known, this is safe to assume that the skin will be available before the October 18 update. 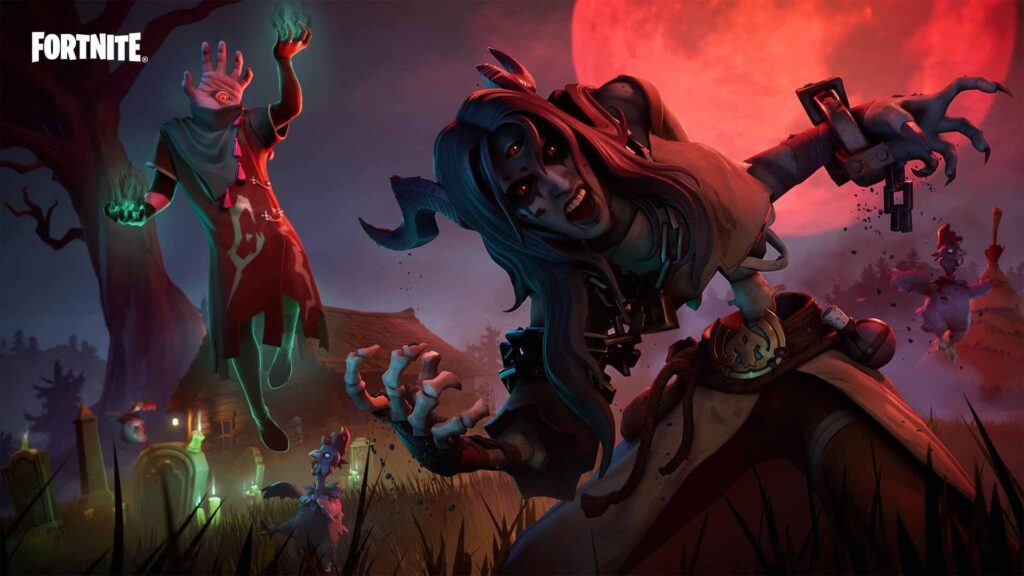 How to Get Undying Sorrow Fortnite Skin?

From the Restless Dead series, this Undying Sorrow Fortnite Skin is indeed a Rare Fortnite outfit. This cosmetic has leaked, and hopefully, it won’t be long before you can buy the skin! With Fortnite Chapter 3 Season 4, Undying Sorrow was initially incorporated into the game. The release method for Undying Sorrow is unknown since it was datamined or leaked. Within 30 to 60 days after their discovery, most cosmetics that have leaked will be made available.

A complete collection of Fortnite, Restless Dead Set cosmetics can be found here. There are 3 cosmetics in all, which are divided in 1 outfit Undying Sorrow Fortnite.