The topic of the day is Scorn First Puzzle, Scorn the most recent horror film in the Alien vein is capable of much more than just repulsive imagery and a creepy atmosphere without jump scares. Because we constantly need to keep the big image in mind, Ebb Software’s creepy work stands out, especially in the lengthy challenges.

Many of the game’s riddles are intertwined in a way that we must solve a number of smaller side puzzles in addition to the main puzzle. Our journey through the bizarre H.R. Giger universe won’t be disrupted by too many extended periods of thought thanks to our Scorn First Puzzle Guide. All of the answers to the brainteasers during the first act of scorn are provided here.

Things You Need To Remember In Scorn First Puzzle:- 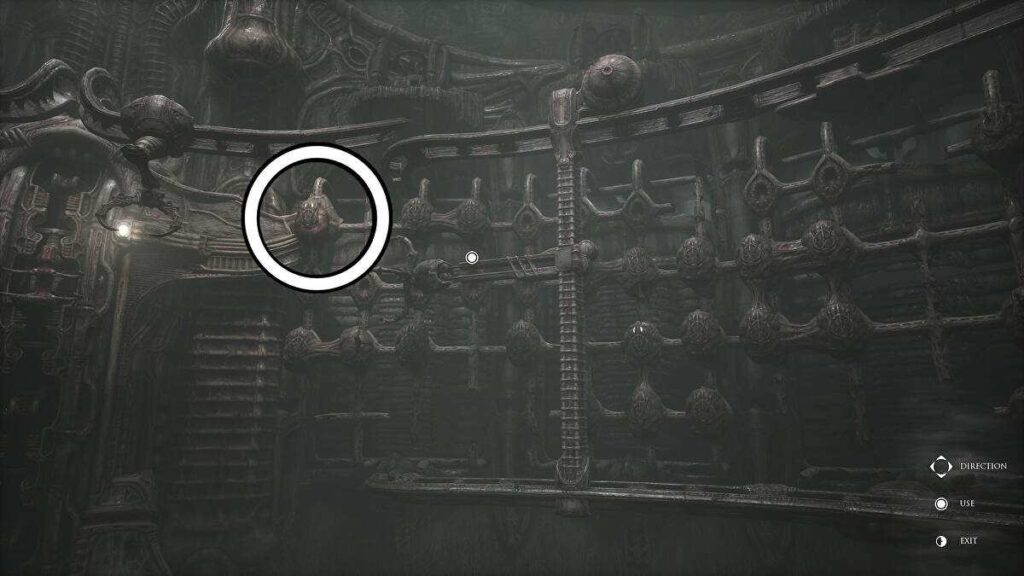 Five acts make up the horror/sci-fi puzzle game Scorn. Here, each act is effectively one big Scorn First Puzzle spread out over a number of rooms and levels. As a result, we’ve organized this guide so that each part has its own thorough walkthrough that guides us through each stage of the process and uses screenshots to aid demonstrate when necessary. Of course, if we feel stuck and are having difficulties figuring out where to go next in Scorn First Puzzle, we may always dip in sometimes.

There aren’t any treasures in Scorn, as well as the three weapons we’ll find in Acts III, IV, and V are unmissable and cannot be improved or upgraded in any manner. As we advance through the game, we’ll uncover health refill stations all about. We can now concentrate entirely on the Scorn First Puzzle.

How To Solve The Scorn First Puzzle? 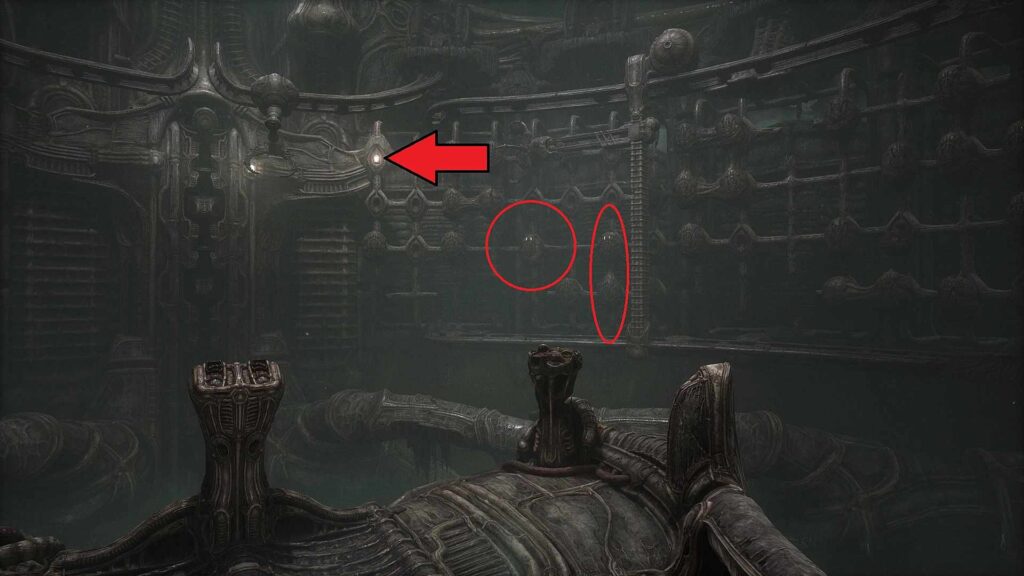 Our Scorn First Puzzle Guide’s first point is the tiny cave with a horizontal rolling gate. We’ll see a device with a boom that looks like a tube close to the entrance. Engage our arm in it. After that, insert both arms into the console that is close to the gate. Now choose the left gate mechanism or click the mouse to turn it on.

The gate will open as a result. At this point, activate the rolling mechanism here on the right side. The gate opens before slowly closing once more. In order to pass through the open gate, we must rapidly exit the interaction mode.

Follow the circular path up to the ominous rock in the middle of the cave. Use the large lever to the left at the top to activate a top-down perspective. Around the rock, a rail system with multiple switches is visible. Now click and drag the switch within the southeast using the left mouse button. Rails have to face away from the circuit. Check out the screenshot. Soon, “something” will need to be transported on the rails. Leave the conversational mode.

An open elevator as well as a sizable device can be seen in the cave ahead of the entrance. The grappling arm with the enormous egg-shaped wooden shells is on the far right wall; manipulate it with our arms. Bowls should be moved so that access to the left-center is clear. The captivating bowls with light spots must be moved to an upper left corner of a grid.

Placing the first light shell over the light signal as in the upper left corner with the grappling arm. Then, using the left console, use a different grappling arm to intentionally damage the shell. All of the shells must now be positioned to the right of a second bright shell. The screenshot below shows how they ought to be set up.

Transport And Treatment Of The Creature:-

Place our arms in the odd treatment seat to the northwest. With a mouse click, a grappling arm would raise the creature from its seat. Once the operation is finished, push the creature to the end of the tracks because the switches have already been properly set. The smaller cave with the enigmatic treatment room that was mentioned earlier is where we are right now.

Press the button in the right direction now. A creature will sit inside the therapy chair after one more mouse click. Pull the lever next to the seat after leaving the console. Typical Scorn is about to come, hopefully, our stomachs can handle it. After that, take an arm off the corpse and proceed to the main cave’s iron gate, which is to the north of where you started.

Prepare the arm and open the iron gate:-

Oh, but there’s still one little item to finish. Turn left & follow a passage into the rock once we are in front of the iron gate in the first major cave of Scorn. Another device with a hose boom is seen to our left. Put the corpse’s arm inside of it. We can now insert that arm into the left console next to the iron barrier. The gate will open when the right console is turned on. These are all the Solutions to the Scorn First Puzzle.