Divinity Nerf Destiny 2 is another topic of the day, Divinity, a well-liked Destiny 2 weapon, will receive a nerf after the sixth TWAB of October, according to Bungie. This TWAB, which is among the biggest and most thorough ones we’ve seen in a while, provided us with some insight into the current state of mind of the Destiny 2 design team with regard to evaluating the META.

Divinity Nerf Destiny 2 appears to have been one of the season’s main priorities. Although it’s not exactly clear when the nerf will happen. However, the TWAB does suggest that it might debut with Full-Auto accessibility capabilities soon after.

Not all weapons in Season 19 are being nerfed, including Divinity. The Feeding Frenzy perk will replace the Full Auto Trigger System perk here on the exotic pulse rifle No Time for Explanation. Let’s know how Divinity Nerf Destiny 2 processes and all about it. 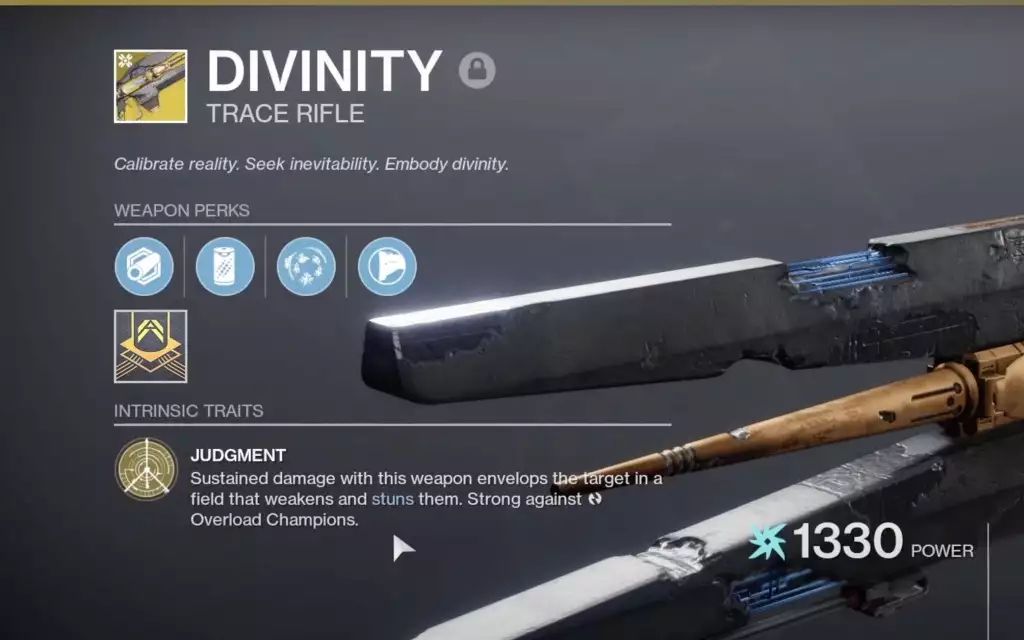 It goes without saying that Divinity has been one of Destiny 2’s most potent PvE end-game weapons. This is mostly because of its Judgement perk, which gradually weakens and stuns foes.

One of the factors that make Divinity one of the most popular weapons in raids is the Judgement perk. For better or worse, Season 19 of Divinity will finally see a nerf from Bungie. In Divinity Nerf Destiny 2 weakness will be decreased by 30% to 15% in the forthcoming season, according to the weapons team at Bungie. This is a 50% reduction in the weapon’s damage output, which will have an impact on upcoming raid encounters in Divinity Nerf in Destiny 2.

Unexpectedly, the developers do not believe that Divinity is too powerful at this time. Bungie doesn’t want to strength creep past Divinity to make all those other weakened sources more intriguing, hence a nerf is necessary as Divinity’s 30% weaken overshadows other sources of weakness like Tether & Tractor Cannon. Naturally, there has been a lot of discussion about this in the Destiny community. Others disagree with Bungie’s choice of Divinity Nerf Destiny 2, even though some fans support it.

What Does Divinity Nerf Destiny 2 Do?

Divinity, for those who don’t know, is its raid exotic weapon to the Garden of Salvation. It is gained through a protracted quest which includes a raid run. An Exotic is also an Arc Trace Rifle which makes a bubble appear on an adversary taking Divinity damage. Other players’ shots at that bubble cause additional 30% extra damage and count as precision hits.

As a result, 1 Divinity with a complete raid fire team might effectively raise the team’s overall damage output by 150%. This is the same as adding 1.5 players there at expense of a player who is actually utilizing Divinity. This is the rationale behind the Destiny 2 Divinity nerf because it significantly outperforms other debuff alternatives. But now that we are aware of the nerfs, everything is uncertain. Regardless of your feelings toward the modifications.

What Is The Process Of Divinity Nerf Destiny 2?

A Judgement exotic perk associated with the Trace Rifle itself is what gives Divinity its tremendous strength. Targets are engulfed in a field by this perk, which weakens and stuns them. Other Void subclasses also have weakened status effects, which result in a percentage increase in damage taken by the target. The weakened debuff typically increases damage received by 15%.

Conversely, Divinity applies 30% globally, and in Destiny 2, when numerous fireteam members are using the trace rifle, it’s a surefire way to melt foes in end-game material. Because the weapon is so good, most teams are virtually forced with it, yet the majority of the community appreciates this. If you do not try yet, you should try it once you will like it. And if you like our post please follow Gaming Acharya.