If you want to know Meow Skulls Character Location then stay with us, we will guide you to get it. Meow Skulls is one of Chapter 3 Season 4’s most well-known Fortnite characters. She was recently brought to the island as an NPC and may be unlocked on the fifth page of the Battle Pass. On Monday, October 3, the v22.10 upgrade was made available, enabling user interaction with the well-known cat.

To Get Meow Skulls Character Location must go to Rave Cave on the Fortnite Chapter 3 Season 4 island . This third cat character is a non-player character. West of the Reality Tree, on the Scratch Pad, are Meowcles and Kit. Being able to engage with the well-known cat family is fascinating because all three of them are linked.

The Meow Skulls are unlockable with the current season’s battle pass. However, if they are solely interested in interacting with the well-known feline, they must be aware of the island’s precise spot where Meow Skulls spawn. So let’s get right to the details about Meow Skulls Character Location. 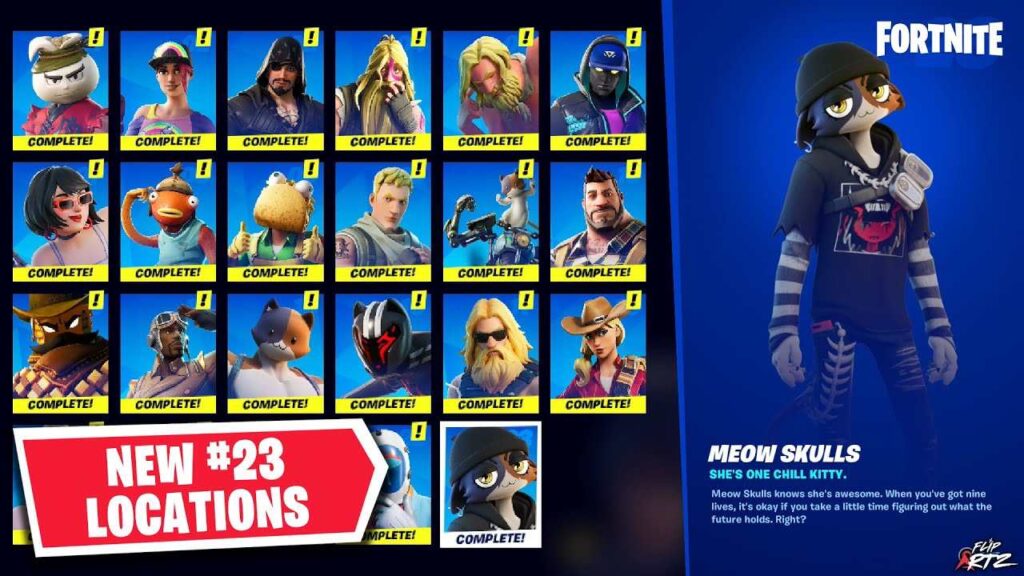 Meow Skulls seems to be a humanoid feline who was first seen in Chapter 3 Seasons 3’s last weeks. When Meowscles made its debut in the game in Chapter 2 Season 2, many players & leakers mistakenly believed that this was a separate variety of Meowscles.

The new figure is actually Kit’s aunt because she is Meowscles’ sister. Although it is unknown who Kit’s mother is, practically all theories include Lynx, a well-liked character who first appeared in Chapter 1. In the below paragraph we will get Meow Skulls Character Location.

Where Is The Meow Skulls Character Location?

The Fortnite Chapter 3 Season 4’s 23rd NPC, Meow Skulls Character Location can be found inside the Rave Cave POI northwest of the island. For more information about the NPC’s precise location, see the picture up top.

It’s important to note that Meow Skulls are constantly moving within Rave Cave. So, in order to locate the NPC, we suggest gamers to thoroughly survey their surroundings. Free shield potions are given to players that engage with her for the first time. So now we all know Meow Skulls Character Location. 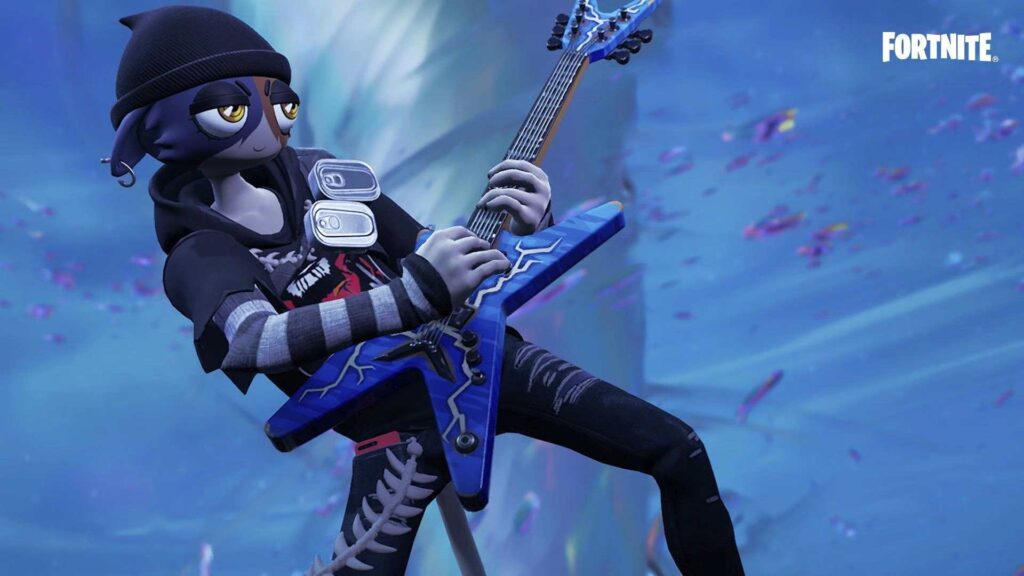 With the most recent update, the well-known character has got numerous new fashions in addition to this modification. Going past level 100 will allow you to access these incredible-looking items. Meow Skulls was given many lines of speech with other characters after she was made available as an NPC.

She typically responds by saying that she dislikes being told what or who she should be. She does, however, have a few unique phrases that are reserved for the characters to which she is related, such as Kit and Meowscles. Here they are in full:

• Lynx: I appreciate that you never make me feel odd. You are the top.

• Kit: If you finish your schoolwork, your father said I could teach you how to kickflip.

• Bytes: Is there someone watching out for you?

Lennox Rose: Sincere to say, I’m also a little disoriented. Do I pick what to be now, Irk?

• Grizz: You appear to be rather large in that suit, but I believe you are concealing.

• Doggo: Before my brother sees you, you should leave.

Meow Skulls seems to be close with Lynx, which would support the idea that Lynx is Meowscles’ partner. Meowscles and Doggo are rivals, which is another reason she orders Doggo to leave. Meow Skulls also appears upbeat and certain that she will succeed in the future. This is all about the Meow Skulls Character Location, and other features of it.

Previous article
How to Tune the TV While Wearing The Bytes Outfit 2022
Next article
Damage Opponents With EvoChrome Weapons: Complete By This Guide!