World War 3 queue error, and tokens not initialized, are all the major updates from them open world beta game for the past week, as World War 3 players are in queue yet since last night.

World War 3 twitter handle has also tweeted that there’s a maintenance break, and World War 3 users won’t be able to get access to the game, as the game servers of World War 3 are unavailable and busy.

The last World War 3 maintenance break time was for 1 hour as its expected downtime, which was also official from the twitter handle of World War 3. 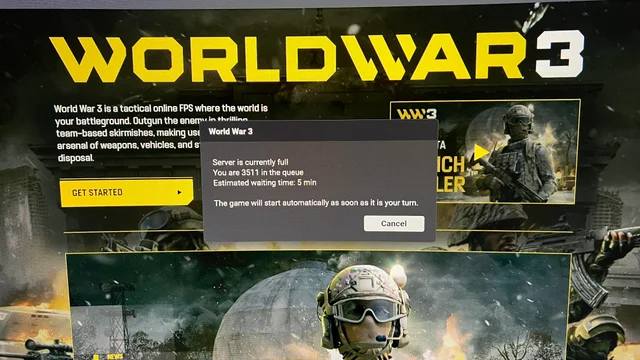 The World War 3 queue issues have been becoming a major problem day by day for its players, as if over 300 players are connected to the World War 3 servers at a time, automatically the rest set of the users are signed out.

If the servers of World War 3 are queue or filled with 300 members, players are prompted to come out of the game after initializing the game, either they are shown with a user token expired or something went wrong on their World War 3 devices and consoles.

So as per WW 3 handle, the maintenance break time should be for 1 hour, but even after if the servers are available for players, World War 3 users will still be in the queue and not able to play through the game’s servers.

All the World War 3 server issues, technical bugs, queue in servers are like a pandora box, as users are left with no solutions to the cryptic and mysterious happenings surrounding the open-world multiplayer action game for the last 3 days.

Sometimes the servers of World War 3 are able to connect up to 300 players, the other times it’s limited to 200 players, whilst most of the World War 3 players are kicked out of the servers every time they connect to initialize the game’s servers.

There are no proper solutions and fixes provided by the technical team of World War 3 yet, but some users suggest launching the game immediately after 13 seconds once you get kicked out of World War 3 servers queue.

This may or may not fix the World War 3 server queue errors and issues, but still giving it a try may be considered. 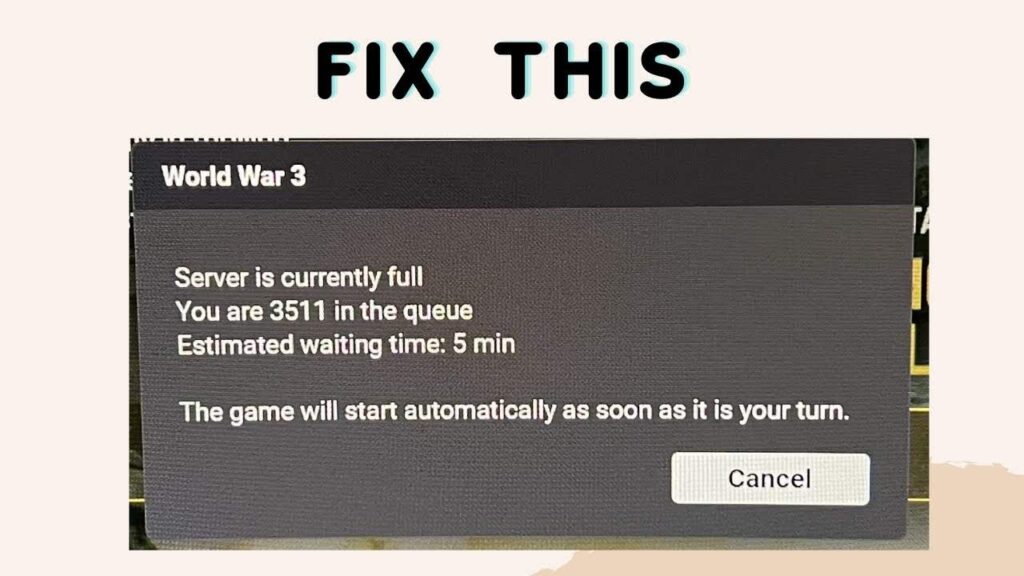 As World War 3 maintenance break is happening every 1 or 2 hours officially, the developers of the game must either be in the idea of increasing the server’s limit, else completely working on fixing all the server-related issues of World War 3.

Also, World War 3 players are not able to download the game quickly, as more than expected time is happening for now, for some World War 3 boots due to client authentication failures.

The open world beta of World War 3 ever since last week has seen significant growth in the number of gamers, but that’s resulted on the wrong side, as even with a long queue line for World War 3, players are unable to play the game and also initialize World War 3 immediately.

Previous article
Destiny 2 Cold Boot Stuck: How To Fix It?
Next article
How to fix World War 3 Client Authentication Failure