World War 3 Open Beta: All Error Fix Given, Fix All The Errors!

The entire planet is our battlefield in World War 3 Open Beta a tactical online multiplayer first-person shooter that is free to play. With a vast selection of weapons, machines, tools, and drones at our disposal, we can outgun the opposition in thrilling team-based battles. However, a number of users report having gameplay and technical problems. Many players experience the same error.

Are you experiencing World War 3 Open Beta error code 40302 errors? Many players experience the same error. Error code in full: CHANGE NAME. NOT AUTHORIZED USER The Token Seems to be Invalid is the second section of the error, which is followed the Error Code 40302.

There are too many players playing World War 3 open beta at the moment, which is why we are receiving error code 40302 inside the game. Additionally, it’s conceivable if World War 3 is undergoing maintenance. Many players attempt to join the WW3 game concurrently. Due to traffic pressure, the WW3 server is overwhelmed. Here is the fix of 40302 error.

Restart your computer, then start the game using the launcher rather than Steam. Therefore, try running both Steam and the game as administrators.

We have to Wait for World War 3 Open Beta restoration to be finished before attempting to fix error 151. Additionally, check sure your internet connection is reliable. After then, wait till the World War 3 game servers is less busy if you’re still receiving error 151: Something Went Wrong.

The official blog for the World War III video game warns that there may be some technical and gameplay issues. This is due to the game’s free-to-play launch drawing a sizable player base. The game’s servers are now overloaded due to the increased player base.

The creators of World War 3 Open Beta are constantly keeping an eye on player complaints and issues. The game might require more frequent upkeep as they work to fix these issues. On a regular basis, patches & updates will indeed be made accessible. The most recent version of the game can then be updated. 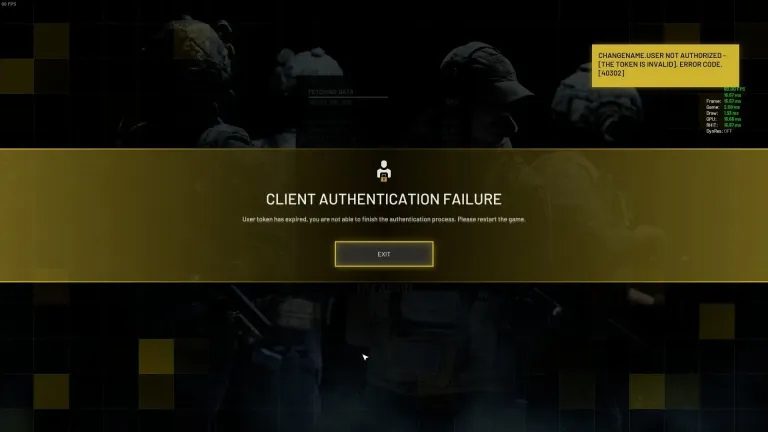 Due to the frequency of queries being processed, you can experience some delays when getting goods and UNC transferred from our online Inventory into to the game. The problem has been reported by numerous players on Twitter as well as other threads.

Even playing is beyond them. I’m never placed in a lobby, and the game is constantly crashing. Users still have to wait in line for 20 minutes, and login problems keep occurring.

Here are some fix we can try :

1) Tap on Try Again until you can enter the game to fix the World War 3 fetching data error. Additionally, check sure your internet connection is reliable. A World War 3 game servers has to be less busy before you can play.

2) After a first error, try to wait exactly 17 seconds.

3) You wait for the first window to finish running for roughly a minute after it informs you that data retrieval is at 53%. When you click Try Again after it has run for a minute, the game will stall a little before letting you play. This is due to the game’s free-to-play launch drawing a sizable player base.

How To World War 3 Open Beta Not Launching?

It turns out that making sure your game files are enjoyable is the first thing you should do when you run into this issue. The game won’t be able to launch if there are missing game files on your PC. To check the integrity of the game files, you can use a small but useful feature in Steam. This does not require you to completely reinstall the game.

• Go ahead and launch the Steam client first.

• Navigated to the Library at the top after that.

• Right-click World War 3 in the list of available games on the left, then select Properties.

• Next, select the Local Files option from the list on the left.

• Finally, select the option to “Verify integrity of game files” and wait for it to finish.

• Try to start the game after the verification is finished to see if the problem is still present.

Here is the fix of Initializing Interface Timeout, try is this may help you.

• Start by pressing the Windows key + I buttons on your keyboard to open the Windows Settings panel.

• Open the Settings box, then select System, and finally go to the bottom.

• select the About link that is shown.

• Once you’ve done that, go to the About screen and select the Advanced system settings option.

• System Properties will appear in a new window after this. The Environment variables button is located in the lower right corner of this page.

• Select New from the available buttons under System variables.

• You must now provide information about the new environment variable.

• After doing that, press the supplied OK button.

• Click OK once more on the remaining windows after that. The environment variable ought to now be established after you do that.

• Finally, power up your computer again.

• Open the game once more as soon as your computer starts up to see if the issue persists.