Genshin Impact When the Music Sounds – All Guide!

Genshin Impact When the Music Sounds is one of the major parts of the Ballads and Brews Event, where you find out all of the 8 fecund hamper locations when actually the music starts to sound.

Genshin Impact When the Music Sounds – All Guide! 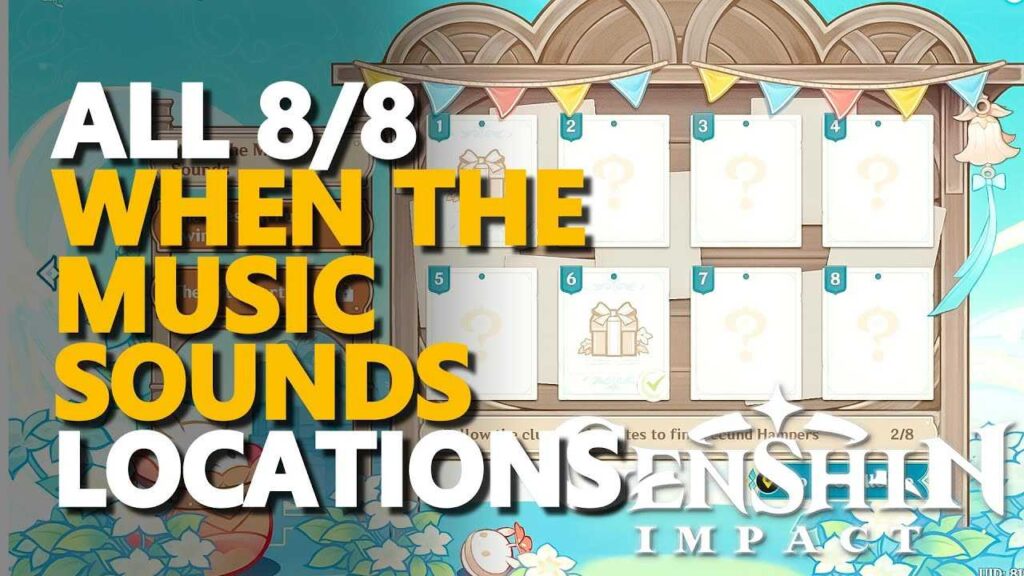 All of the 8 fecund hampers are said to be available at the Springvale & Monstadt City, where the music sounds too.

First locate yourselves to the springvale stage spot, find out for the first fecund hamper once the music sounds, then explore throughout the trees and underway to the next spot.

More Pathway to Find Fecund Hamper & When the Music Sounds!

Then slowly trudge through the small lake region at springvale, gather and obtain the fish, other Mora, and Mystic Ore before going to the next spot once the music sounds.

Next go to the cart which is behind the big house of Springvale to find out the next fecund hamper of Genshin Impact,

The fourth Fecund Hamper location will be at Cat’s Tail bar which is on the south of monstadt city, where wine making items are being sold too.

Next go through the underwater and reach the iconic Barbatos statue, very close to front of the favonius cathedral and hear for the music sounds there.

Next go to another wine making items shop, where you have probably secured funds, which is the angel share shop and bars at monstadt, then climb through all of the mountains to go to the roof of favonius cathedral area.

Ellin in monstadt city will be having the final fecund hamper spot at Genshin Impact monstadt area, through which also the when the music sounds part 1 ends for day 1 of the fecund blessings.

When the Music Sounds Rewards in  Genshin Impact! 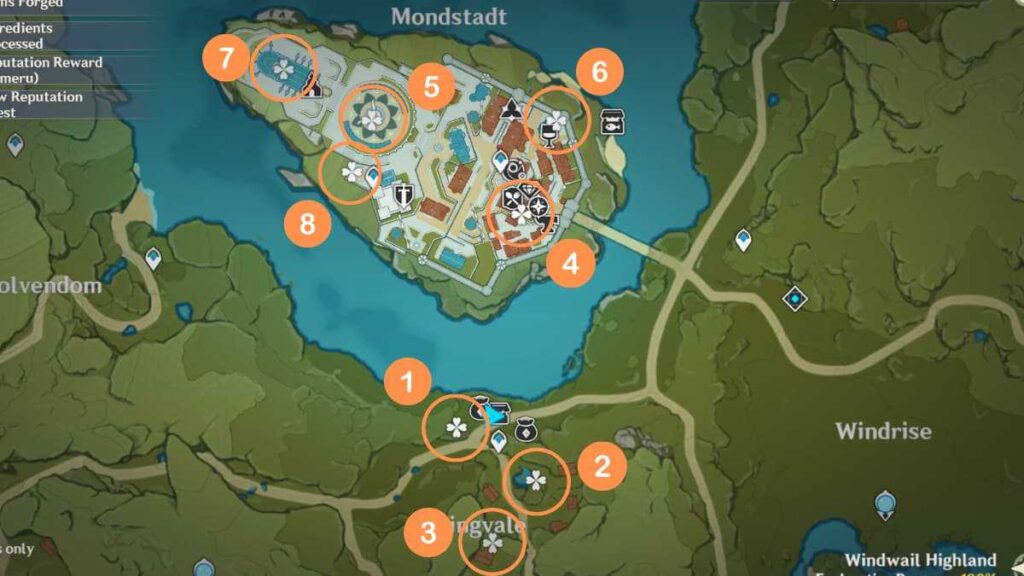 When the music sounds part for fecund blessings day 1 Genshin Impact gets completed, you will be getting several rewards after locating each of the fecund hamper locations, Mora, Mystic Enhancement Ore, Prithiva Topaz Fragment, Agnidus Agate Fragment, Varunada Lazurite Fragment all these could be the possible rewards and bounties in return.

So that’s the complete pathway for the Genshin Impact When the Music Sounds part of the fecund blessings, all fecund hamper locations have been shared over here, finish this intriguing quest and get on the mora, and other items too.

So, finish when the music sounds part 1 quest of the fecund blessings from the ballards and brews event, which is set to be available till 24th oct, 2022.

Earn all festive fever rewards, mora, primogems and the mystic ore too from this ballards and brews event on Genshin Impact now.

Stay tuned for more about Genshin Impact new quest events and article guide, watch out for our next article here. Stay tuned with gaming acharya for more exclusive updates and news. Share your comments on the comment box.