Shoot Targets While Ziplining: Location & How To Complete It!

The Fortnite challenge for this week entails sniping targets while flying across the game. This challenge does not have any time restrictions or accuracy criteria. Providing we have an appropriate weapon and can shoot quite well.

When we get to the present, ziplines are an essential component of the island’s combat plan. It allows players to quickly spin and flank opponents. Given their significance, Epic Games is requesting that players shoot targets while ziplining.

Most players will find it difficult to shoot targets given how quickly they go along ziplines. Nevertheless, finishing the task of Shoot Targets While Ziplining will definitely be satisfying because 20,000 XP are on the line.

Location Where We Can Shoot Targets While Ziplining:- 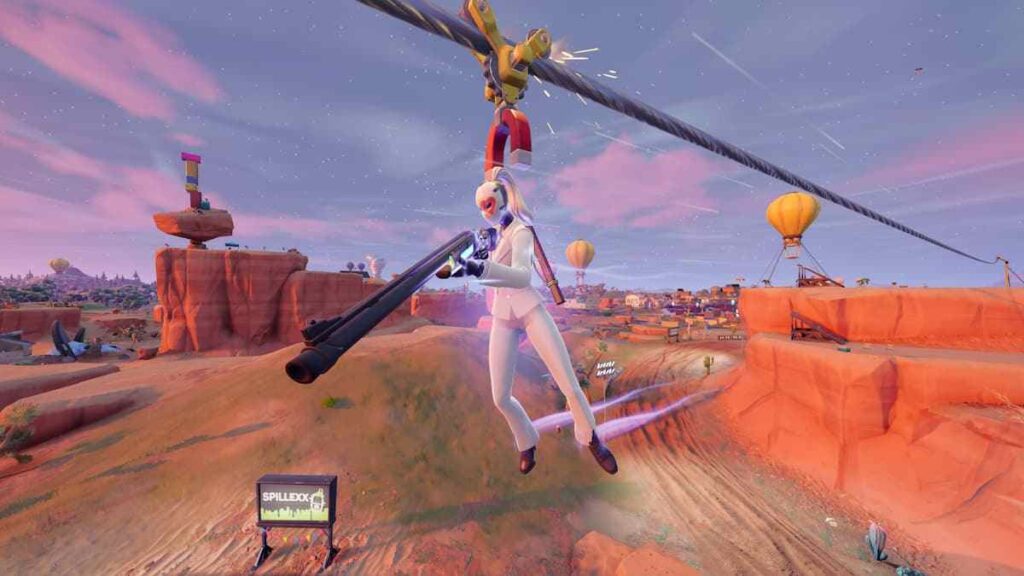 We searched the island and found three spots where ziplining in Fortnite allows us to shoot targets while ziplining. Take the lines within the following places, then look below to access them.

• Over the north side of Chonker’s Speedway.

There was not much of a change in the layout of these three areas, but since the Chonker’s Speedway zipline is situated directly over a POI with a lot of buildings below, we are best off avoiding it since it has more foes than the other two do.

How To Shoot Targets While Ziplining? 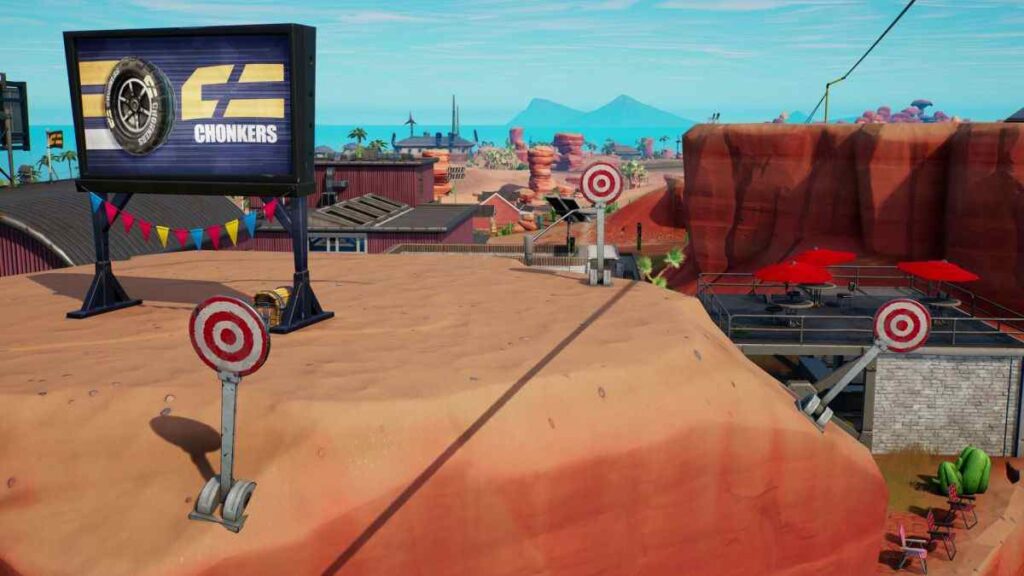 Don’t forget to prepare before starting the task. Rotate to a POI with ziplines once we have gathered enough loot and supplies. Place yourself close to a zipline and watch for the right moment to strike. Once an enemy has been located, use the zipline to move and start firing at the target. To accomplish the challenge, shoot the target while ziplining 3 times.

Remember that noise will be produced as long as one zipline is utilized. All nearby adversaries will be made aware of the situation and take up positions for shooting. So, before using the zipline, be careful to skulk or hide for as long as you can. Another vital piece of life-saving advice is that there is no harm done if we fall off a zipline. Players can jump from a zipline and avoid taking any fall damage if they manage to attach to it before falling to the ground.

Although the island has a couple more ziplines, it is doubtful that we will encounter any opponents given their location, where we have to Shoot Targets While Ziplining. Utilizing a ziplines in Loot Lake as Well as the Glow would be recommended if players would like to take a little risk and finish the task quickly.

Ziplines near Fort Jonesy and the vicinity of Greasy Grove are suitable for individuals seeking a safer option. However, caution can be used when utilizing ziplines in battle.

The one and only thing worse than that being eliminated has been fired off the zipline and losing the game looking foolish. Keep in this mind while completing the Challenge and you will definitely finish it, in no time. And for more posts like this please follow Gaming Acharya and comment if you have any queries.