Complete Dislodge A Runaway Boulder With A Slide Kick

You need to Dislodge a Runaway Boulder with a Slide Kick in order to complete one of the Week 1 Season tasks in Fortnite Battle Royale Chapter 3 Season 4. To execute a Slide Kick, all you need to do is slide into something; no special buttons are required.

Since the kick doesn’t deal much damage, to the Runaway Boulder a little before sliding towards it to make things simpler, so Dislodge a runaway boulder with s slide kick will impact more than a simple kick.

To my surprise, one of the most difficult weekly challenges to appear in Fortnite Chapter 3 Season 4 is the Dislodge a runaway boulder with a slide kick. Although it is rather simple to execute this technique, players will discover that these rocks are almost impervious to it.

Thankfully, there is a method that will enable you to quickly complete this problem. In Fortnite Chapter 3 Season 4, here’s how to Dislodge a runaway boulder with a slide kick.

How to Dislodge A Runaway Boulder With A Slide Kick? 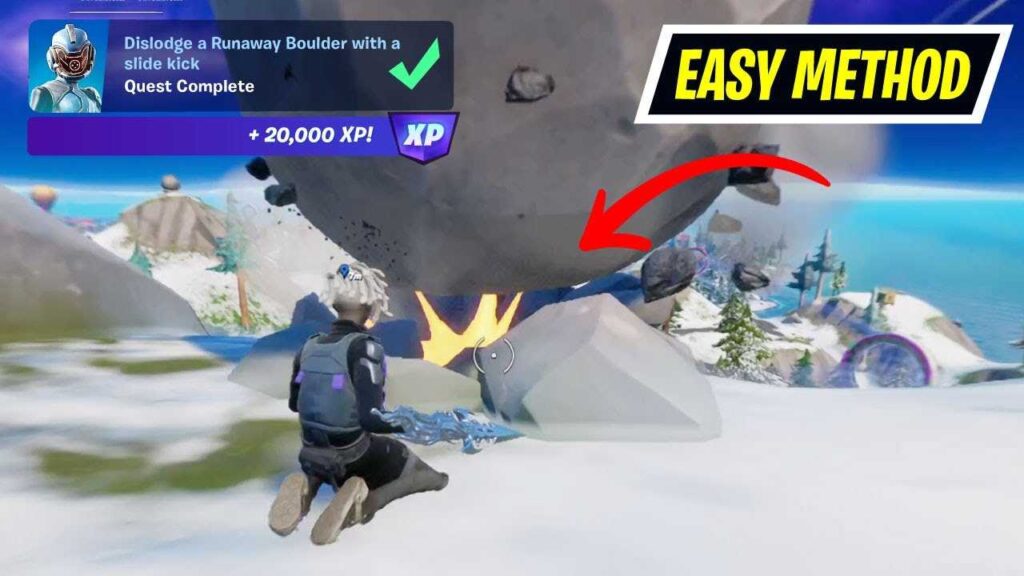 How to kick, slide, and knock a runaway boulder out of the path in Fortnite. Naturally, finding a Runaway Boulder on the battle royale map will be the first stage. There are a few scattered throughout, but in the northwest region between Rave Cave and Logjam Junction, they primarily spawn on top of the snowy mountains. Additionally, if smaller pebbles surround the structure, you can tell which rocks are Runaway Boulders.

Once there, you must use a weapon or a Harvesting Tool to assault the boulder until it has a health bar of 25 or less. Given that slide kicks only cause moderate damage, each boulder has a total health of 180, which will allow you to finish the fight considerably faster.

Point To Be Noted To Dislodge A Runaway Boulder With A Slide Kick :-

Players should arrive in an appropriate area for their current location. Boulders are disproportionately dispersed over the map, with the most of them located in the northwest. They are conveniently close to POIs like Logjam Lotus, Reality Falls, and Rave Cave. As when they land, players should pick up their primary weapon and locate a boulder.

Players must locate the boulder and move near it to start shattering the rocks holding it in place. The most useful equipment to use to break rocks is a pickaxe, though players can also use weapons. The boulder will fall after all the supporting rocks have broken. Avoid placing yourself in the way of a runaway boulder, players. Players must slide a total of 6 boulders to complete the challenge. But you don’t have to beat them all in a single game. 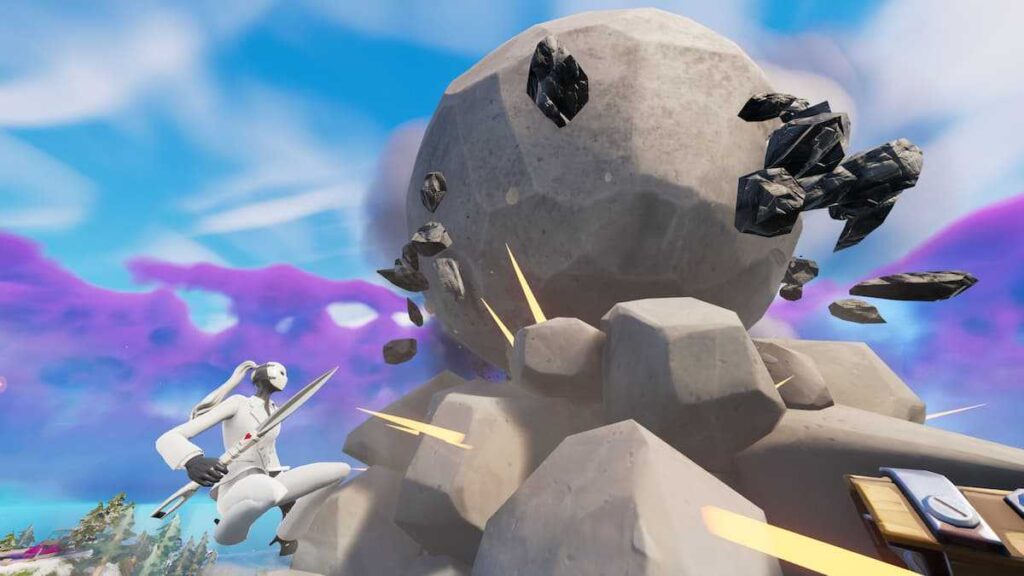 Rewards Get After We Dislodge A Runaway Boulder With A Slide Kick :-

If everything went according to plan, if we Dislodge a runaway boulder with a slide & the Runaway Boulder should separate from the pebbles and you should now have an extra 20,000 XP from the mission. It is also worthwhile exploring the interior of its secret vaults while you are in this cold location. Vaults are known to grant players a variety of Epic and Legendary weaponry as well as a tonne of healing supplies, however, they are locked and require special keys to open.