Mika Genshin Impact is on the way to come in the game. We go back to Mondstad in Genshin Impact 3.1 for the Weinlesefest. The celebration of Genshin Impact in-second game’s anniversary will be placed during this event. Data miners have discovered files belonging to a small guy character who we haven’t yet met due to the large number of people attending this party.

This boy, Mika, is a member of the Knights of Favonius Reconnaissance Company, of which Eula is the leader. Since then, we had gathered all the leaks & bits of information in an effort to define Mika Genshin Impact and speculate on what he might have contributed to Genshin’s effects. Let’s see all about the Mika Genshin Impact in this post. 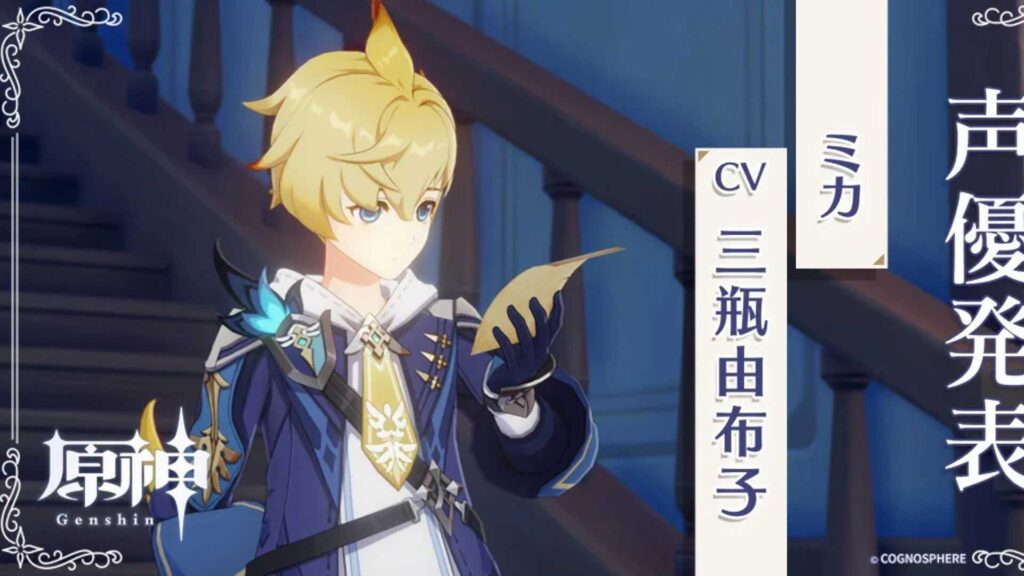 Mika Genshin Impact is an incoming cryo polearm unit, according to leaks from reputable leaker UBatcha, however, we’re not clear if he’ll be a four-star or even a five-star.

A Genshin Impact 3.1 webcast gave us our first look at him in a formal capacity, indicating that we’ll get to meet him in the upcoming update. He makes an introduction and states that he is a surveyor for the Reconnaissance Company before reading Grand Master Varka’s letter aloud while at times fumbling over his words & squirming uncomfortably.

The Grand Master reportedly assigned Mika to be a key member of the front scouting team, despite his shy demeanour. It is also believed that Mika Genshin Impact is responsible for carrying out expedition missions. Despite his prominent position, he exhibits shyness and anxiety among other people.

Mika is modelled like Genshin Impact’s Xiao or Bennett and has big, drowsy blue eyes and unkempt blonde hair. He wears several bird or wing-like symbols, and his attire is blue, white, and gold, akin to the costumes of Knights of Favonious.

As previously noted, according to the Genshin Impact webcast, Mika will make her gaming debut in 3.1, which will be released on September 28. It’s difficult to predict his release date or banner, though. We haven’t yet received any confirmation of it. Before they have a banner, numerous additional Genshin Impact Sumeru characters make appearances in the plot.

We’re hoping he’ll be joining our team soon, and as soon as we learn more, we’ll make sure to post this page. That is all the information we currently have about Mika Genshin Impact. Visit the Tower of Fantasy character guide or Tower of Fantasy tier list if you want to get started on yet another thrilling, open-world adventure. 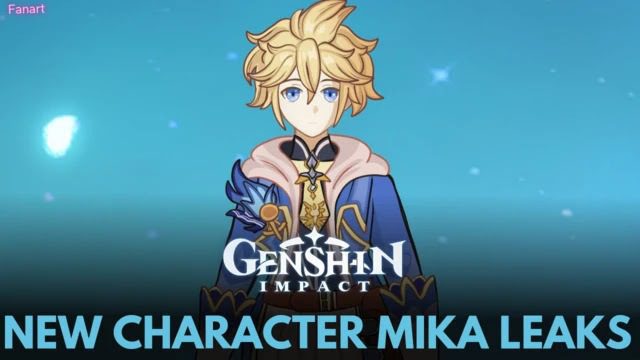 Data Miners claim that the artist Mikabrainrot’s renderings of Mika closely resemble the potential character design based just on descriptions taken through leaks. An extremely reserved Cartographer, Mika According to the descriptions, is a short man of European looks, blue eyes, as well as unruly blonde hair, just like Albedo.

His outfit is similar to Eula’s because it is the Knights of Favonius Company’s official uniform, which includes a long-sleeved navy blue coat & dressy grey shorts. Mika’s tie, while similar to Eula’s, is pale & yellow, perhaps indicating the difference in their ranks.

Similar to earlier, the neighbourhood is abuzz with rumours about Mika Genshin Impact skills and appearance. Thankfully, the wait won’t be too lengthy because Weinselefest will be available on Genshin Impact 3.1, which would be scheduled to launch on September 28.

Leaks claim that Mika shares a Cryo vision with Kaeya and Eula, which would explain his tight relationship with these two Favonius knights. Mika wields a Polearm during battle, however, his star rating is unknown. Shifting Windblade, a new Free Polearm, however, appears to have drawn design inspiration from Mika Genshin Impact.