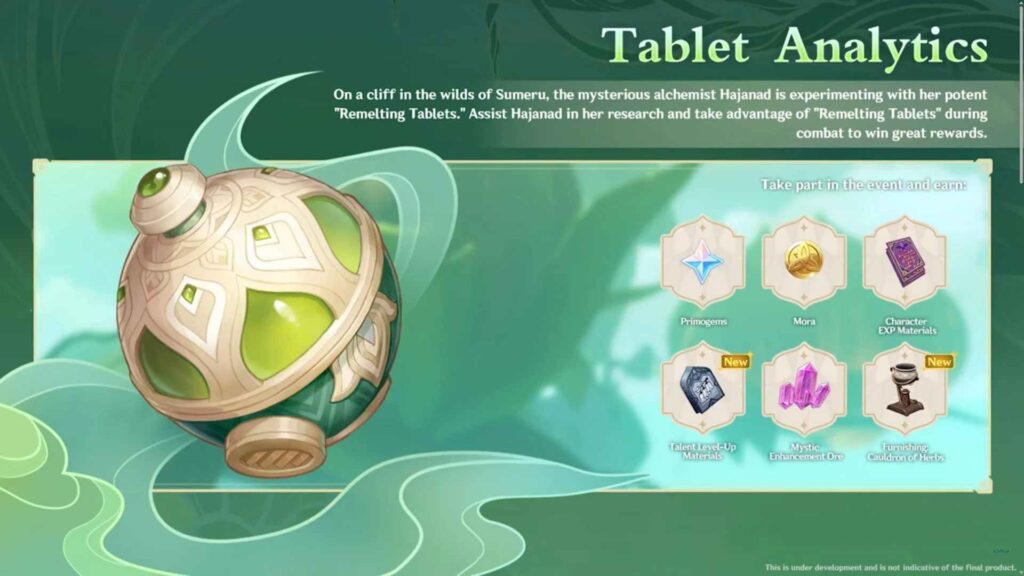 During the 3.0 webcast, HoYoverse quickly demonstrated some gameplay from the Tablet Analytics event guide Genshin Impact, but he made no indication of how to begin. It appears that the event takes place in the same locale as the Fayz Trials, therefore it’s feasible that the second half of version 3.0 will feature this event. To pass through the Chasm, we must at least anticipate needing Adventure Rank 28.

With our assistance, a Sumeru researcher’s experiments are put to the test in a series of challenges as Tablet Analytics develops. Each challenge consists of three activities that must be completed while using a trial character set and a variety of buffs. The objective is to achieve the highest possible score, and we can anticipate using Ganyu, Xingqiu, Childe, or Kaeya during this competition.

Tablet Analytics, the final event of Genshin Impact 3.0, will begin on September 15, 2022, at 10 p.m. EST and last until September 26, 2022. Battle events called Tablet Analytics Events allow us to draw for buff effects. Players in this event can assemble their own party of characters or use the trial characters who will be available to combat foes.

Players can employ the Remelting Effects during the event to eliminate as many foes as they can in the allotted amount of time.

Complete a Risky Study and The Cliffside Weirdo? Start Your Quest.

• Head over to the designated spot.

• To receive the Remelting Device, speak with Hajanad. 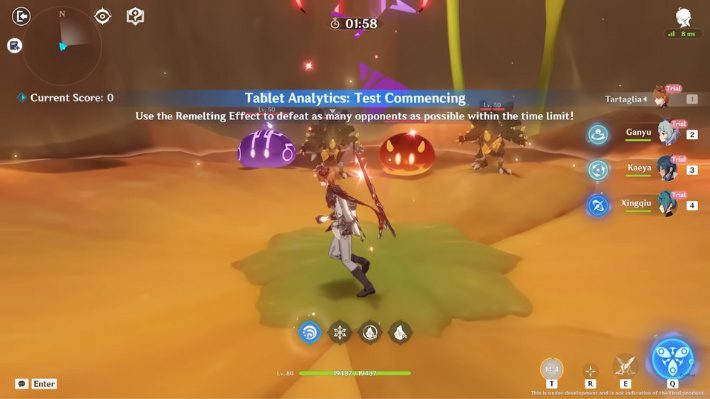 Chinvat Ravine’s Tablet Analytics Event is situated there. Every 2 days starting during the first day of the tournament, a new stage will become available. For this battle event, a total of four stages will be made available. There are three challenge rounds on each stage where you must battle hordes of foes to advance.

In addition to having the opportunity to utilise their own character to fulfil the tasks, players will be given trial characters to employ in the creation of their team. Players can examine Remelting Effects & Enemies before selecting the characters who will profit from the buffs the most.

Travelers can employ trial characters to defeat three rounds and challenges in the most recent Genshin Impact event, which is an all-out battle challenge.

Players in this event will be using Remelting effects to strengthen their teams and combat the enemy mobs. A new battle challenge will become available every two days, bringing the total to 4.

Each challenge has three distinct stages, and during each round, players may add a Remelting Effect. Character enhancements known as “remelting effects” appear after using the remelting device & remain for 15 seconds.

During combat, travelers can activate multiple Remelting effects by combining the appropriate free trial characters to vanquish their foes. To earn the highest awards and the most points for great rewards, defeat as many foes as we can.

Cauldron of herbs in a Serenitea pot.

Previous article
Russell Westbrook NBA 2k23 Rating: Is Accurate or Not?
Next article
How to Use Shadow Blade Operator Skill COD Mobile