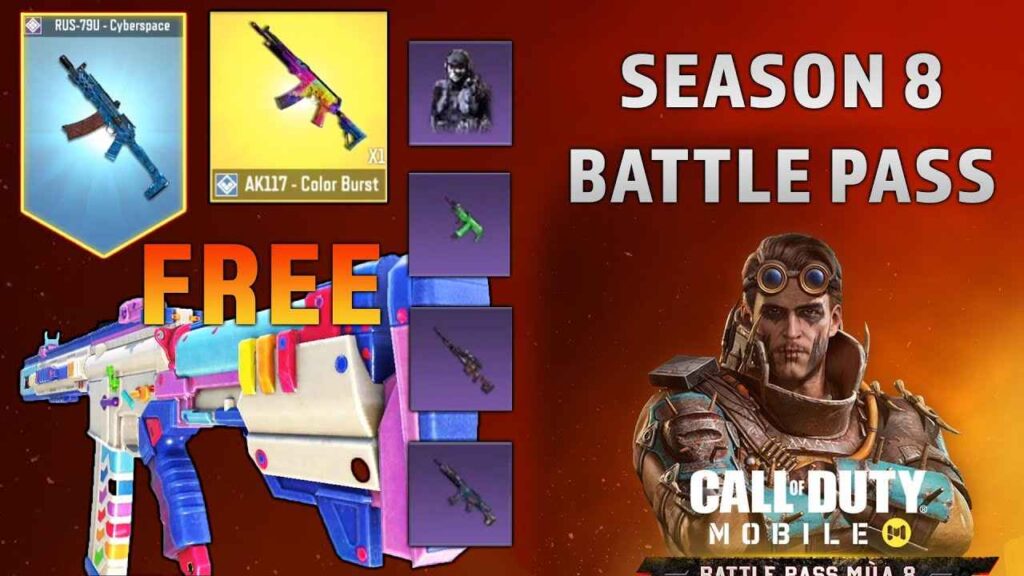 Tiers 21 and 14, respectively, unlock each of them. Aside from those already mentioned, this season’s freebies also include a range and camos, weapon blueprints, as well as the Spider Chow Calling Card in Tier 50.

For players who have the COD Season 8 Battle Pass Ground Forces, there are also new skins for the Backpack, Park Double Agent Operator, and AK-47 weapons. The 10% seasonal gains to our Player XP & Weapon XP in addition to price reductions on particular Crate purchases will also be advantageous to us.

The update will be released on September 7, 2022, at 5 p.m. Pacific Time, making the COD Season 8 Battle Pass accessible. The 50-Tier Battle Pass comes with a ton of brand-new Operators. The price of the paid version should range from 220 to 520 CP. Players can also advance by participating there in seasonal challenges to gain more Battle Pass XP, of course. 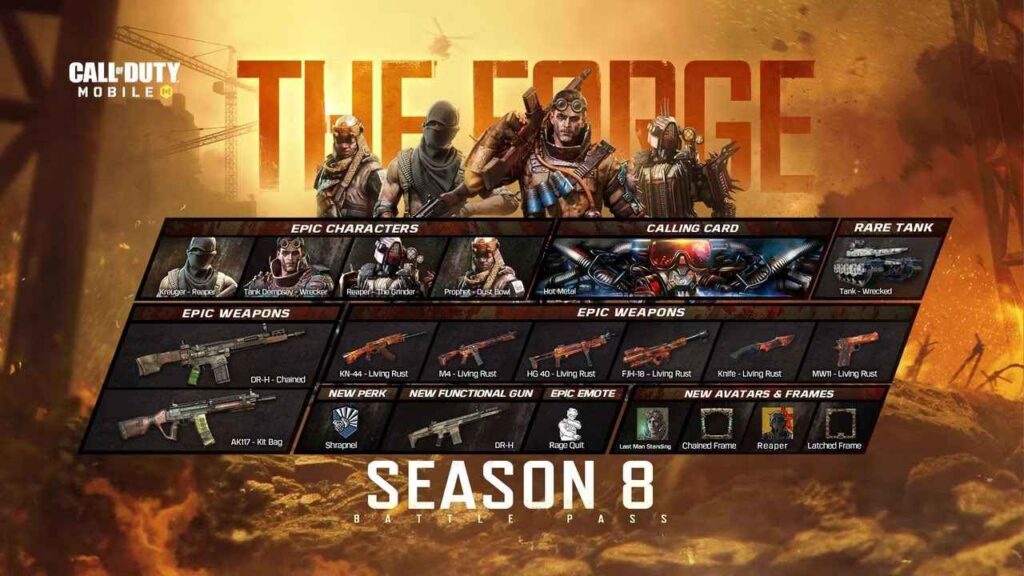 We can pretend to be a spy in Season 8’s Operation Spy Hunt themed event and get paid for the information we pass along to the base. Gather intelligence through multiplayer or battle royale competitions, use it to uncover enemy spies, and we will be rewarded with items such as the Lerch Gumshoe, GKS Claw, and Charm Servant of Doom.

To assist us in achieving our goal, allied informants will roam around the information board as the event develops. When we intercept information with one side of the informant, we will immediately get credit for information that was intercepted on the other end. Utilize the informants to our advantage to go along more quickly.

Special Task for Battle Royale, We will be entrusted with taking out particular Battle Royale foes while the Operation Spy Hunt event is going on. To obtain more hints, complete the assignment. Gain access to a unique tracking feature that will momentarily ping our target’s location on the map by assisting and eliminating our target Operator during the match. Be prepared for a struggle because they will be notified of their exposed situation.

New Seasonal Challenges for Season 8 include Operator Skins, new Weapon Blueprints, and up to 30,000 Battle Pass XP in the form of awards. Additionally, you’ll have the option to obtain the Spycraft Perk and the brand-new Butterfly Knife Melee weapon, which are ideal for covert spies. For more information, check in-game during the season.