Kill the Messenger Destiny 2- Get the Dead Messenger!

Kill the Messenger Destiny 2 – Get the Dead Messenger!

First Destiny 2 players must have the season of the risen seasonal pass, then next the Arrival and Investigation mission quests need to be completed too, third, the hard evidence challenge set by Bungie should also be done.

The next 3 challenges at finishing kill the messenger exotic quest are Rising Tensions, Week 1 Quests of Operation Elbrus, Vox Obscura Exotic Quests too.

How to Complete Kill the Messenger Exotic Quest and get the Dead Messenger in Destiny 2 – More Guide! 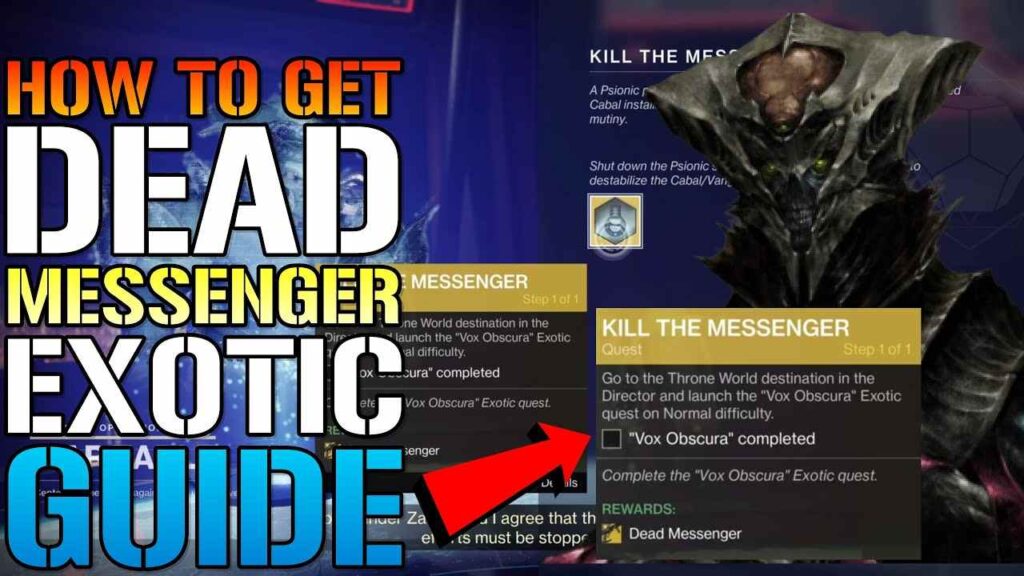 As we iterate again on about getting the dead messenger grenade, the prerequisites of the 6 challenges must also be done,

Then the D2 campaign missions of arrival and investigation should be done, which also opens the door to the hard evidence quest and then go on to the evidence board on the enclave to begin proceedings with the hard evidence challenge.

Osmic Fragment must be obtained, which can easily be seen at the Quagmire Area of the Throne World, then finish by defeating all the opponents and thus averting the ambush too.

Then the major rising tension quests should be completed too by meeting on with the fynch, interact with Ikora Rey at Mars, go to the hangar which is at the tower, after that the operation elbrus week 1 challenges also need to be finished.

Then the Psychogenic Intel core will be available at the week 1 challenges, update the war table, then finally make sure to Hear Saladin’s debriefing interaction in order to get access to kill the messenger quest finally.

Kill the Messenger and get the Dead Messenger Grenade! 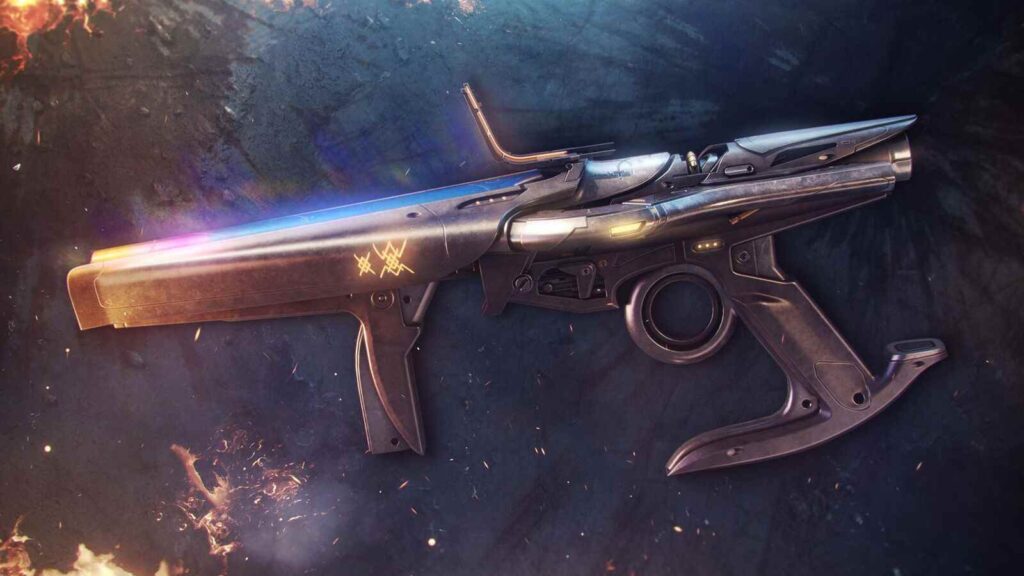 After all these hurdles crossing, locate yourselves to the throne world now and finish on the Vox obscura exotic quest also with a power level of over 1500 too.

The Vox obscura quest has several phases in it like, going inside the hangar, and the pilfering on the interceptors at the same hangar, airfield clearance by defeating on the Goliath huge tank. Then bash 2 more Goliath tanks once again, annihilate 3 signal towers near the hangar.

Then once again the next part of the Vox obscura quest will involve you at opening off the mega bunker door, and then hurry on to the control room and hack the terminals, then also defeat the might commander and boss qabix too, then finally close the broadcast and unlock the golden chest now.

That’s it with all resilience and resurgence, finish the kill messenger quest and get the powerful grenade dead messenger too in the end. The dead messenger grenade launcher also has so many amenities to it, with the perks like quick launch, high velocity powers, handling speed, and damage to it.

Finally, our quest guide on how to complete the kill the messenger quest and obtain the dead messenger grenade launcher on Destiny 2 2022 is done for now. Stay tuned for more and more Destiny 2 season 18 articles and quests guide here.