We may simply earn the goodies by using this event guide of Ghost Hack COD Mobile, which is the greatest one available. COD Ghost in the Shell. In August, the mobile collab will go live.

The producers of the game were getting ready for Season 7, New Vision City, just as mobile gamers are, with a new Ghost Hack COD Mobile event leaking into the game’s data. We might have wondered just what heck was going on when you saw players repeatedly typing the word “shell” into the world chat, then what you’re seeing is actually the beginning of a brand-new event related to a Season 7 theme.

We will need to hack into the computer terminal to complete the event, and we will receive a variety of in-game rewards including COD points and other exchangeable items that will probably mean more to us once the new season starts. Consult our guide if we want to learn more, including the definitions of all the phrases used in hacking and how to gain entry to the event.

To Get Access In Ghost Hack COD Mobile, Do This Step :- 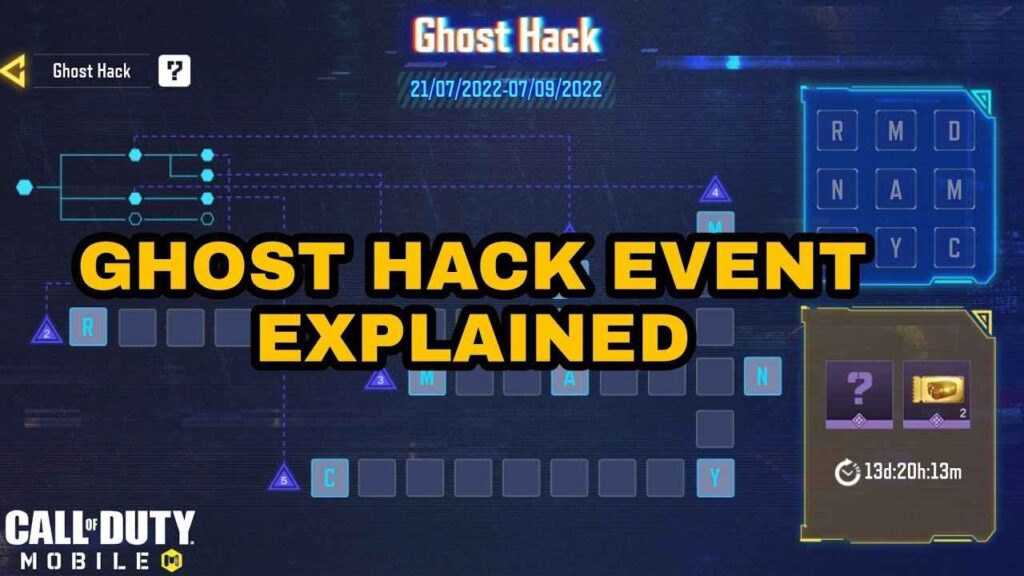 The Ghost Hack COD Mobile entrance requirements are among its most baffling elements. If we’ve made it into event, we may continue. We’ve probably seen anyone else type “shell” in the global chat or even tried it ourself. There are a few things we can do if we’re having problems in order to get into the terminal for next part of the event. To enter the Ghost Hack COD Mobile event, follow these steps:

• In the global chat, type shell.

• The second phase of the Ghost Hack event will start.

• Check to make sure you’re typing it into the correct chat if it still won’t open.

• The multiplayer or other game mode menus cannot be used to access the global chat.

Make sure the game is updated to some of the most latest versions if it doesn’t function before trying again.

How Many Stages In Ghost Hack in COD Mobile Event? 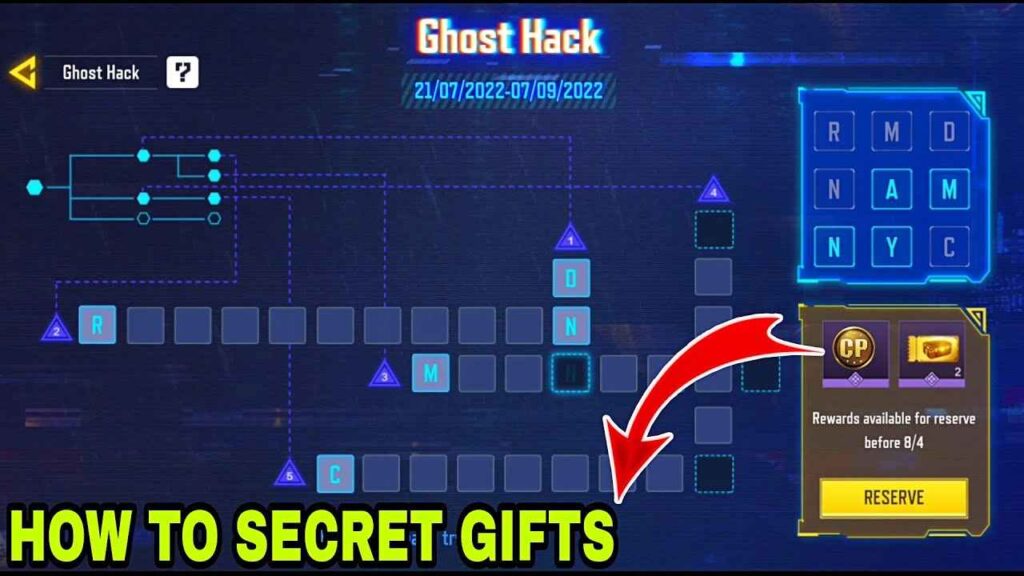 A Ghost Hack COD Mobile event has two stages, the initial terminal screen as well as the actual event website. Although there is some overlap, they both function differently. Before going to second we will discuss first stage of the event.

As soon as we type “shell” into to the global chat then press submit, the first stage begins. We’ll be brought to a terminal while a rain of letters and numbers that resemble the Matrix falls on our screen. On this terminal, we will see enigmatic messages that serve as hints. What we enter into the terminal will determine how far we advance and how much we are rewarded.

There are currently several words that may be used in this terminal to offer up a new item; parts of a prosthetic body, which can be traded for rewards in Season 7’s New Vision City. The words are listed here, followed by the correct typing sequence. We must write them in instead of copying and pasting them, even if they are not case-sensitive. They can only be used once. We can obtain one of the five awards by entering the following word.

This is only a portion of the Ghost Hack COD Mobile event, to move on to the next phase, click the blue lettering that appears in the top left corner of the terminal. The net is enormous and unending. A crossword-style arrangement with a number of letters will now greet us. We might recognize these since they are similar to the words we wrote into the terminal screen just before.

When we participate in any of them, we will receive 88 COD points that we will receive when Season 7 begins. Once everything has been redeemed, there is also an Avatar and two Gold Crate Coupons available. After the debut of Season 7, it’s possible that further information will be added to this situation.

Since July 21, there has been a Ghost Hack COD Mobile. It will be accessible until Season 7 ends, which appears to be on September 7. Given the length of the event, it is likely that everything we have learned so far is merely the very beginning and that additional levels and layers will be added as time goes on.

The full benefits of this event are still unknown. A number of Ghost with in Shell, SAC 2045 skins and cosmetics were leaked before the start of Season 7, including Motoko, Batou, and Togusa.

Tagusa’s Survey is another event that belongs to Togusa. Although nothing has been officially confirmed, it’s possible that Prosthetic Body components can be exchanged for fortunate draw spins.