Fortnite New Ice King Is Back In Season 4: Know When!

Many players Saying that Fortnite New Ice King Is Back In Season 4, so we will discuss all the Ice King In this post. Throughout Fortnite’s history, a few enemies have distinguished themselves for being particularly distinctive, with the Ice King being one of them. On the island in Chapter 1 of Season 7, this monster gave everyone the silent treatment and figuratively froze everything solid.

Even the Battle Pass last season had him as a special skin. He, unfortunately, died too soon, just like all the other villains. Bad guys typically only last a few seasons at the most because they don’t actually have any storyline armor. The Ice King was last seen at his castle, which was conveniently put on Cattus’ back & destroyed by a rocket volley fired by Mecha.

Let’s just state that nobody is aware of Ice King whereabouts. It nearly seems as though Epic blimped him away. It appears, though, that loopers won’t hear the end of him. Let’s see if the Fortnite New Ice King Is Back In Season 4 is true or not.

What Is Ice king & How Rear Is Its Skin In Fortnite? 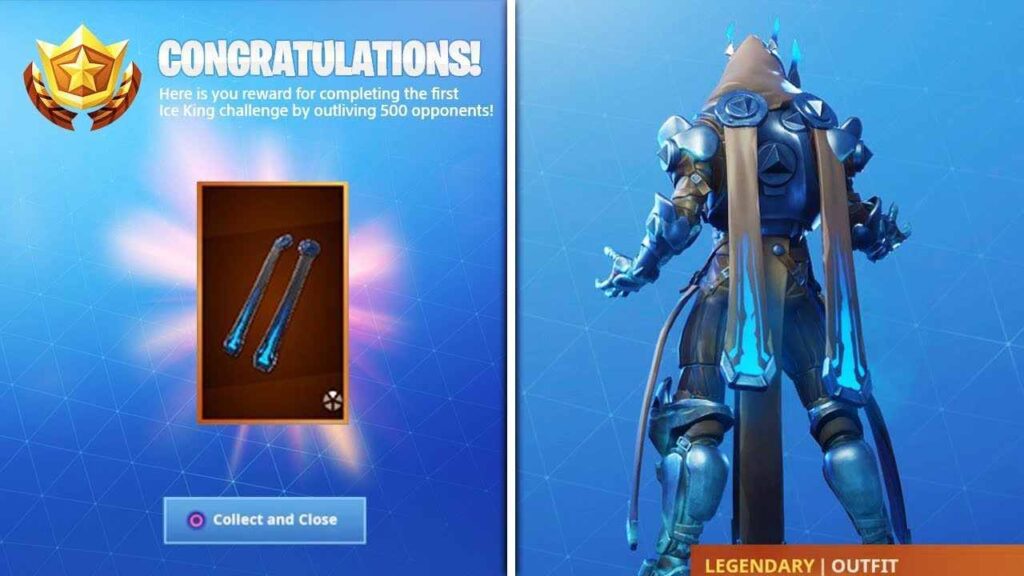 Before we go further about the Fortnite New Ice King Is Back In Season 4, we will see about the Ice Kong. This is for beginners.

Polar Peak is ruled by the Ice King, who first made an appearance in Season 7 following that island’s collision with an iceberg. He had been dozing in the ice castle’s frozen rooms when Polar Peak’s thawing ice awoke him. This infuriated the king, who wanted to preserve the snow on the entire map.

As a result, The Ice King used the power of the Cube to generate a blizzard that enveloped the entire island and plagued it along with ice monsters. But The Prisoner escaped from his icy lair & melted the snow.

Following that, The Prisoner, who was now in charge of The Volcano, triggered its eruption. When a meteor from The Volcano struck Polar Peak, a fissure developed in the mountain. The Devourer eventually managed to escape via this crevice.

Is Really Fortnite New Ice King Is Back In Season 4?

As most readers already know, Chapter 3 Season 3’s island has been experiencing some weird events. POIs from previous seasons are resurfacing on the map. The prevailing notion holds that where a new tree emerges, the Reality Tree somehow has the power to alter the reality that is currently in place.

As a result, we see a new version of some POIs during every match. It is highly likely that the Reality Tree will be able to introduce characters if it is able to do so with things or locations from the past. The Fortnite New Ice King Is Back In Season 4 from the grave using some plot armor because Epic didn’t explicitly specify that he perished.

This hint may be Epic’s way of allude to the Fortnite New Ice King In Back In Season 4 with less than four months till Winterfest 2022 may begin. Furthermore, considering his might, it’s improbable that he died from a simple explosion brought on by a few of rockets.

The location of The Ice King is presently unknown due to the destruction of a Polar Peak castle its iceberg. However, It’s likely that he made it to safety and has been holding out for the ideal time to make Fortnite New Ice King Is Back In Season 4 known.

When Will Fortnite New Ice King Is Back In Season 4? 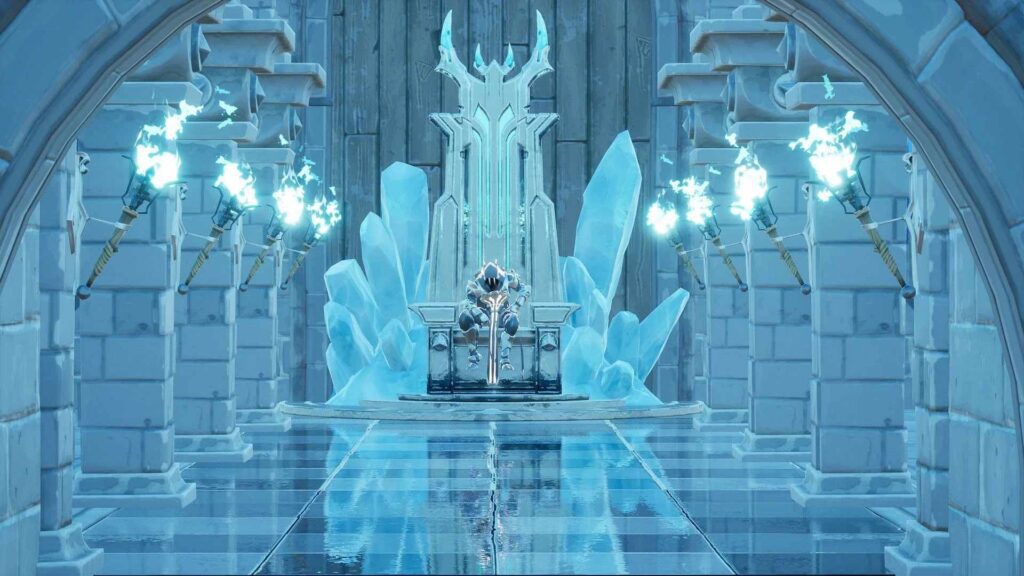 We all are curious to know when will Fortnite New Ice King Is Back in Season 4, well there is no confirmed info about that. In Chapter 3, cold hints start to appear on Fortnite’s island.

Although several loopers claimed to have discovered hints and clues about what happened to an Ice King in Fortnite, none actually materialized. They did not offer enough concrete proof to demonstrate the existence of the creature.

All of that, though, was altered a few days ago. We had to gather an anomaly at Logjam Lotus for one of Vibin storyline quests, and it was a shield with the logo of the Ice King. I believe that Fortnite does this thing most of the time unintentionally.

Or they are getting ready for the Ice King to come back. but since it’s Fortnite, everything goes. The etching on the shield, however, is quite well-known to OG gamers and belonged to the one and only the Ice King. Let’s see if Fortnite New Ice King Is Back In Season 4 or if it is only a stunt.