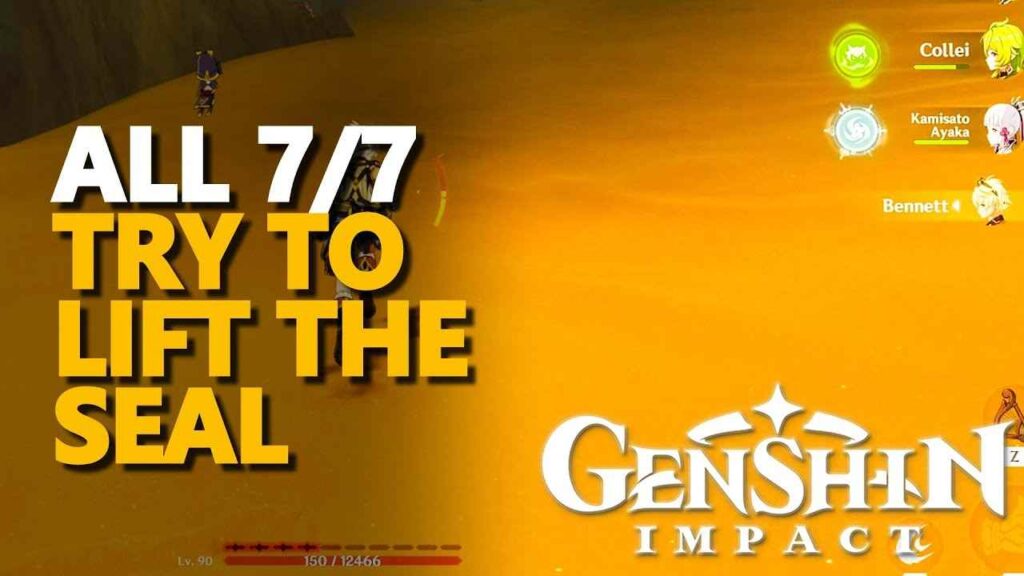 First, launch the game and open this try to Lift the Seal challenge of Genshin 3.0, then you will be prompted to run over the beach area, immediately you should spot the rhythm of the beastly trail.

Play then tunes, and now start running under the tunnel further by defeating your enemies by crossing over the light candle of life. Then a character switch occurs in cool down, with level 91, by defeating the archons you get 60 character level exp now, also 40 more will be yours while trying to lift the seal.

Then again use the light candle of life mode to defeat the enemies, this time you obtain another 60 Character exp, along with one dormant fungal nucleus, Lumines pollen, and 2 inactivated fungal nucleus too with 80 Mora too.

Try to Lift the Seal in Genshin Impact 3.0 – More Steps to Unlock the Seal! 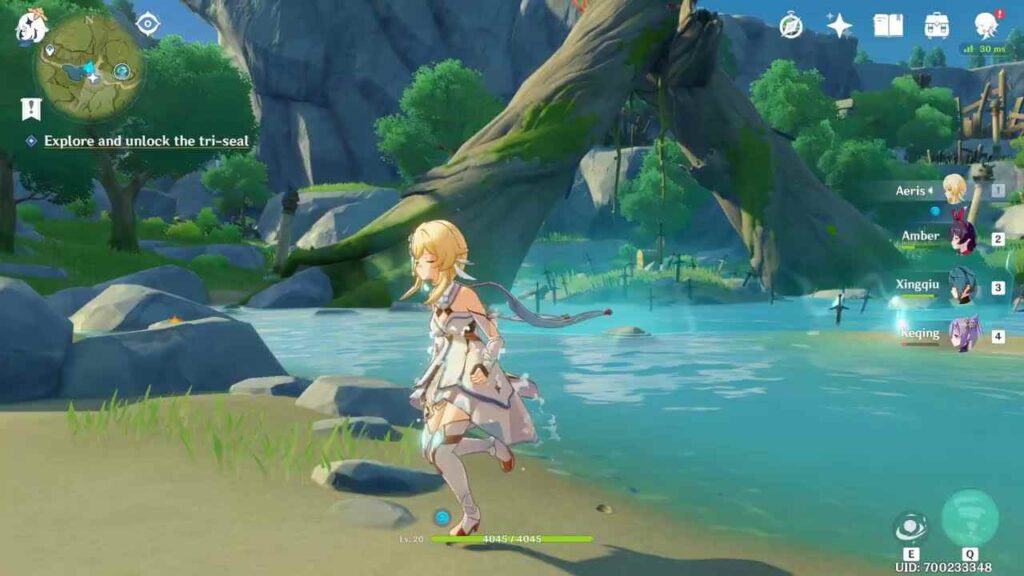 After passing the previous hurdles to lift the seal, now you go on to the rhythm of the sprout with the summon healthy dendogranum, and use the bow with dendron feature to attack some opponents on your way, now you obtain one fungal spores before unlocking the seal in Genshin Impact 3.0

After further attacks, you use the collei banner to fly on by crossing the mushrooms ev.91, but collei can’t be accessed on a combat, so go back to the kamisato ayaka now, before getting another 80 Mora and 3 character 60 exp points.

Then you are at the rhythm of the beastly trail once again, and ayaka starts playing the music, then you once again back to the beach, defeat arama, and the 2/7 seal gets unlocked in Genshin Impact now.

Now start proceedings with yoimiya with a powerful bow and arrows, then go back to the tunnel and defeat some more Genshin opponents and talk to the arama before all the 7 seal gets unlocked thereby this try to Lift the Seal in Genshin Impact 3.0 also getting completed now.

Also your Character exp 60 gets coming your way, whenever you unlock 1 out of all the 7 seal on your way in tunnels and sand. More Genshin Impact 3.0 and try to Lift the Seal guide will be posted shortly.