Find the Visitor Fortnite quest now has been added to the list of Fortnite’s Vibin part Quests, yes Fortnite Chapter 3 Season 3 today has now added all the part 7 Vibin quests for players to finish.

Finding the visitor which was once already there on Fortnite, now has been added to Fortnite’s Vibin quests today. As the name even says Find the visitor in Fortnite, you all gamers must find the visitor locations and have interaction over there on the Fortnite map regions.

Firstly launch the new Fortnite Vibin’ part 7 Quests, from the Vibin section, then the stage 2nd/3 will ask you to track down the visitor Fortnite at all of his recent and last known locations on the map. 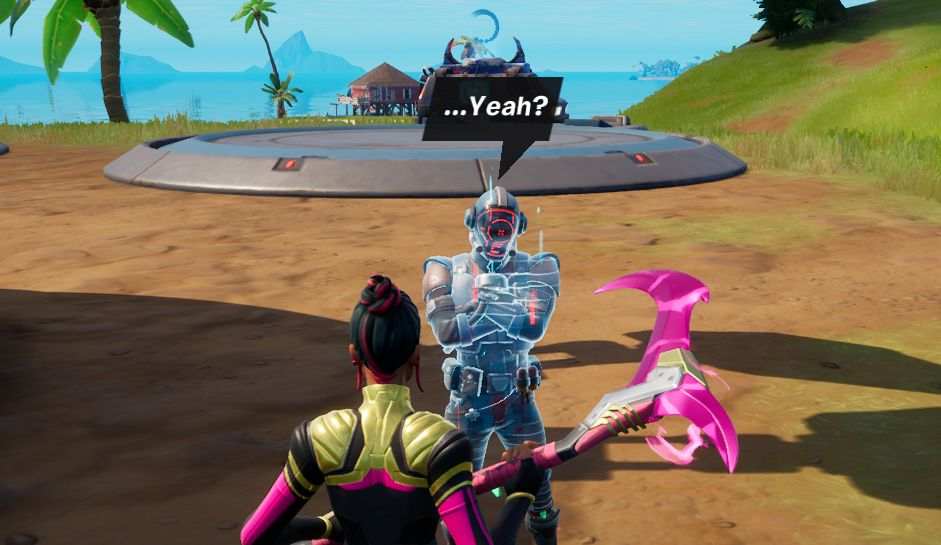 Then the successful accomplishment after completing this Find the visitor quest in Fortnite will also be giving away all the Vibin bonus goal rewards to you all.

Visitor in Fortnite is usually seen in all the Easter map regions like the launchpad island, near buildings, and the sanctuary, also Fortnite’s visitor seems to be having a permanent spawn location too which is the eastern biggest island at Fortnite’s sanctuary location spot regions.

So basically find and track the visitor at the biggest and largest Fortnite island which is said to be on the eastern side of the sanctuary on the Fortnite Vibin’s map. 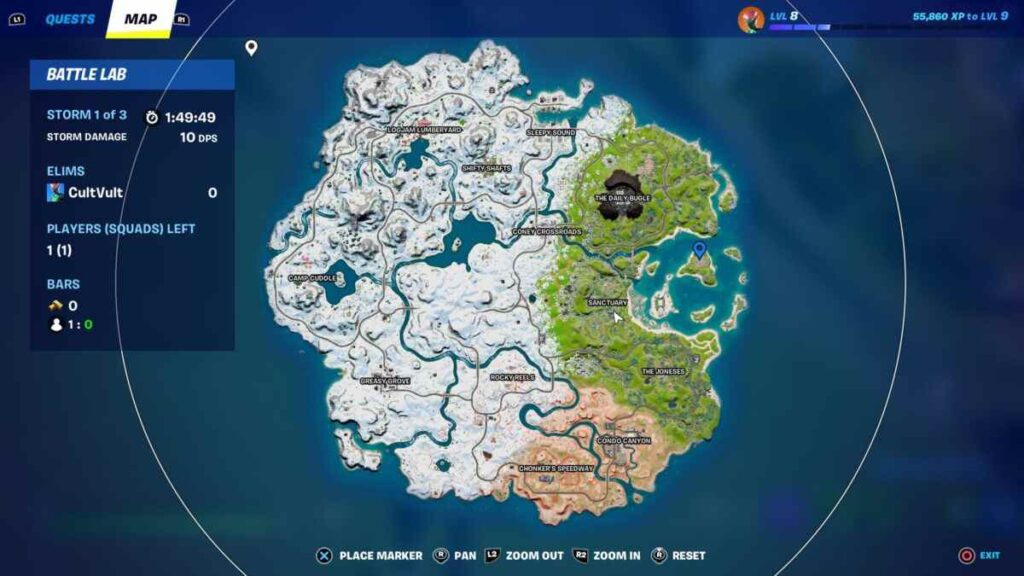 Also tracking the visitor Fortnite at all of his last and recent known locations is also a must for this Fortnite new 7 Vibin quests.

Also apart from find the Visitor in Fortnite Vibin quest, many more new Fortnite Chapter 3 Season 3 quests which are also a part of the 7 Vibin quests now are available, that were already available once earlier in the Fortnite game before.

So the new Vibin’ part 7 quests of Fortnite Chapter 3 Season 3 include all these new part 7 Vibin’ quests, talk to seven sentry Sven, establish device uplink in Vibin’, collect surveillance footage from cameras at bungalow blooms, find a clue for the foundation’s whereabouts,

report to the foundation at the mighty monument regions, collect the foundation launch records at sanctuary, dance on the main dance floor at rave cave for 5 seconds, find a clue for the imagined’s whereabouts and find a clue for the order’s whereabouts are all a mandatory part of this Fortnite Vibin’ part 7 quests today now in Fortnite Chapter 3 Season 3.