Here we are going to see candace Genshin Impact leaks. As we all know within the next few days the 3.0 update would be available, and as usual, it will add a tonne of fresh foes and characters to the game. The upcoming 3.0 patch, which will be released as per schedule on August 24th, 2022, has been extensively teased by both miHoYo and leaks.

Thanks to such leaks, we already know a lot about this update. What’s intriguing is that, in addition, we know a lot about what to expect from the Genshin Impact 3.1 Upgrade, such as the 3.1 banners characters.

Finally introduced is the hotly anticipated newest Genshin Impact character Candace. candace Genshin Impact leaks concerning her appearance were discovered during the 3.0 maintenance period, and they were widespread. After much anticipation and fanart, the model’s true image is now available.

What do Things add In Candace Genshin Impact Leaks? 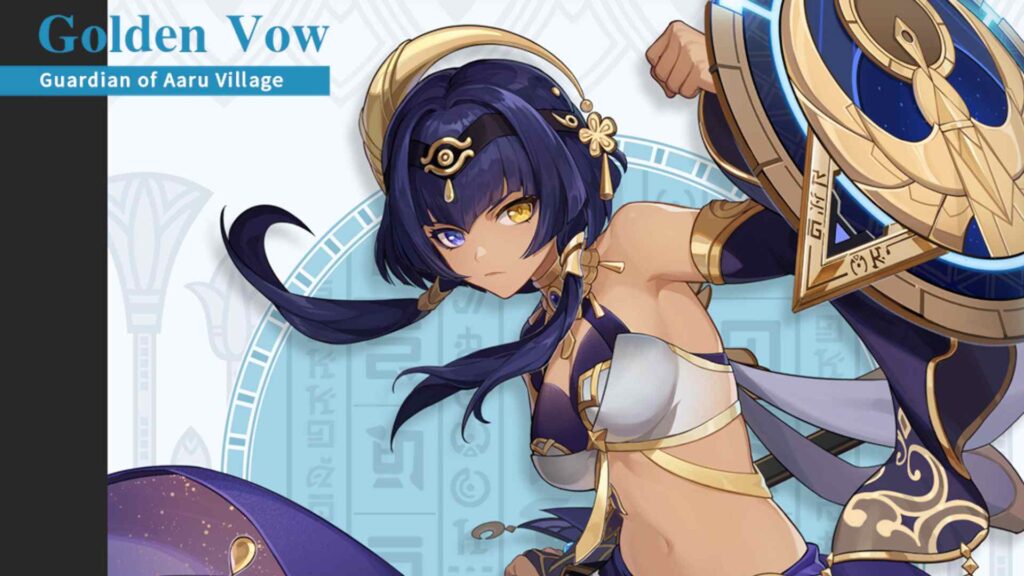 As the 2.8 beta got started, it was announced that a total of fifteen additional character names would be included in the Sumeru update. Candace’s existence was also found during the 2.8 beta in the system’s in-game data files.

According to recent reports, Cyno, Nilou, & Candace will be part of the Genshin Impact 3.1 release out of these 15 undisclosed characters. Candace Genshin Impact leaks have a strongly oriental aspect and are related to the Sumeru region. It’s challenging to forecast Candace’s personality or work because the creators haven’t yet provided her an official status and we don’t know very much about her.

What Are The New Elements And Rarity In Candace Genshin Impact Leaks?

SpendYourPrimos tweeted, “Candie, 4-star Hydro Polearm releasing in 3.1,” a reference to Candace’s rarity and release. Candace would be a Hydro Polearm character who is paired with Nilou on a team, according to the latest Genshin 3.1 leaks, which seem to have confirmed this.

The probable release date, skills, as well as other information for previous Candace Genshin Impact Leaks. Rumors suggest that Cyno, Nilou, & Candace will be included in the Genshin 3.1 banner, having Cyno appearing to players in the first phase as well as the Nilou banner appearing in the second.

Now, if we’re to guess when the Candace banner will be released, we might pick October 9. This is based on the understanding that the Genshin 3.1 update would debut on September 28 and that the second phase of the Genshin 3.1 banners will proceed according to a cycle of 16 days.

In recent Candace Genshin Impact Leaks, model images were shared on a Facebook Account with the agreement of trustworthy leakers, we have now been provided with conclusive in-game evidence of Candace’s existence.

New data that clarifies the same as the leaked image was posted by SpendYourPrimos and Ubatcha after reviewing the Candace model. The authenticity of a leaked image was indeed a source of considerable debate. The first shots from Candace Swanepoel’s photo shoot have been made public, and they showcase her in the most exquisite way.

Candace features dark skin, various gold accessories with crescent moon themes, as well as a tall female model has navy twin ponytails nearly reaching her chest, all of which can be seen in the pictures. Her purple eye and gold eye both demonstrate that the heterochromia claim is accurate.

What Credibility Is In Candace Genshin Impact Leaks? 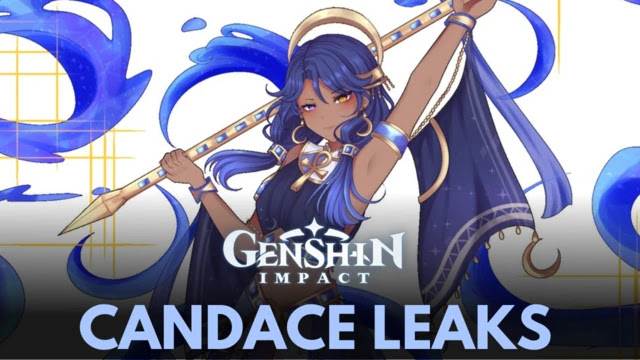 Regarding credibility, users should keep in mind that the leaks originated from in-game data that are almost certain to be made available in the main game. The information has also been verified by multiple leakers, lending it further credence.

Players should wait for official approval from miHoYo since they can always decide to make changes to the main game. However, like all leaks, the above new Candace Genshin Impact Leaks are possible to change as it is far too early for any information just on Genshin Impact 3.1 update. The model, rarity, element, & release date of the Genshin Impact Candace have all been made public to this point.

Previous article
Free Fire Max Ban in India: Is It Going to Ban Too?
Next article
Free Valorant Points ! New Tricks to Get Free Points