The Armor themed skin leaks from Fortnite to Destiny 2 are also being revealed one by one. Also, the Destiny 2 skins for Fortnite crossover are too shared by Hypex. 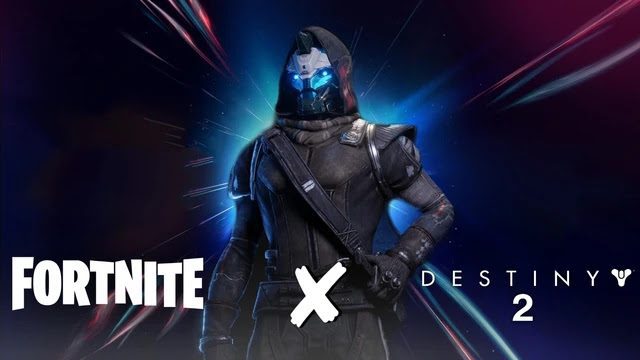 The three new Destiny 2 Armor sets are hugely based on and inspired by some of the best Fortnite launched skins. The 3 Armor Set skins from Fortnite to Destiny 2 will also be available to all the three classes which Bungie would announce it officially very very sooner than expected.

Now let’s look at the Fortnite x Destiny 2 Armor skin themed leaks, as per GinsonKR on Twitter also with a subtle caption of Fortnite Destiny confirmed,

The Titan class on Destiny 2 is set to get the Fortnite’s Legendary black knight armor skin, the warlock class might be having the drift Armor Fortnite based skin and finally, the hunter class of D2 is all set to get the gigantic Fortnite’s omega Fortnite skin Armor set too.

Fortnite x Destiny 2 Collaboration is definitely for sure happening, but let’s wait on Bungie and Epic Games to get the official release date on the collab of Destiny 2 x Fortnite which is a sure-shot hit combo too.

With the very recent happenings of Fortnite along with Rocket League and Dragon Ball Z series for Collab, up right next is Destiny 2 in Fortnite’s Metaverse as Epic Games, Fortnite, Bungie, and Destiny 2 are crossing over soon to take their respective games and scale more reach amongst the gaming buffs and critics too.

As already the new Fortnite-based Armor-themed skins for Destiny 2 have been sketched, shared, and shown by data miners of both the Fortnite and D2 games, Bungie and Epic Games will have to crank up the excitement more to the core for this exhilarating Collab of Fortnite x Destiny 2.

The Three Fortnite themed skins and Armor sets for all three Destiny 2 classes will be flying high for sure once the collaboration goes live.

Expect more Destiny 2 based Fortnite skins and likewise vice-versa of Fortnite based Destiny 2 skin leaks in the upcoming days as Fortnite may anytime announce their Collaboration with Destiny 2, once the Fortnite Chapter 3 Season 4 gets underway from Epic Games.