Temple Of The Wrathful Destiny 2: Locations & How To Complete?

Temple Of The Wrathful Destiny 2: While the Guardians were searching Savathun’s Throne World, the Witch Queen added a fresh batch of collectibles. One such collection that is dispersed around the patrol space is lucent moths. Overall, there are 10. Similar to Europa’s Penguins, we must locate each Moth and set it in the global space; in this instance, they are situated next to Fynch.

To obtain the Gumshoe moniker, all Moths must be collected. This guide will explain where to discover each of the 10 Lucent Moths in the Witch Queen DLC for Destiny 2 for those trying to acquire a title or who simply enjoy hunting for collectibles. We will see one of the Moths, where to find and how to get it. Let’s see the temple of the wrathful Destiny 2.

Temple Of The Wrathful Destiny 2: The Witch Queen Destiny 2:- 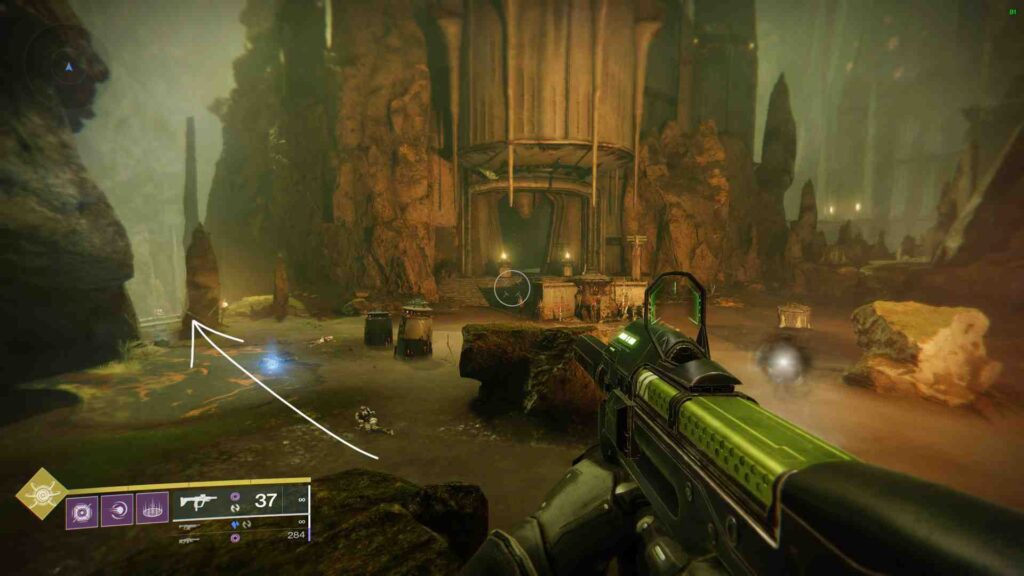 A significant expansion for Bungie’s first-person shooter video game Destiny 2 is called The Witch Queen. This sixth expansion and fifth year of Destiny 2’s extended content was initially scheduled for release in late 2021, however, due to the COVID-19 pandemic’s effects, the expansion was postponed by 3 months and released on February 22, 2022.

The Witch Queen garnered more than a million pre-orders as of the time of release, according to Bungie, and was on pace to become the most pre-ordered addition in Destiny 2 history.

As in The Ghosts’ mission within the campaign, proceed from the Quagmire landing zone to the left and then into the tunnel and take the entry to Temple of the Wrathful Destiny 2. Go inside and keep going until we come to the place with the gateway and the Scorn. Clean up the area before entering the portal.

As soon as we enter, turn to our right to see additional Scorn as well as a barrier that is holding the moth. Grab additional Lucent Moth for our collection after clearing the region and eliminating Captain Taksisaa to remove the barrier. In below we will see how to get or encounter temple of the wrathful destiny 2.

How To Get And Who Will Encounter In Temple Of The Wrathful Destiny 2? 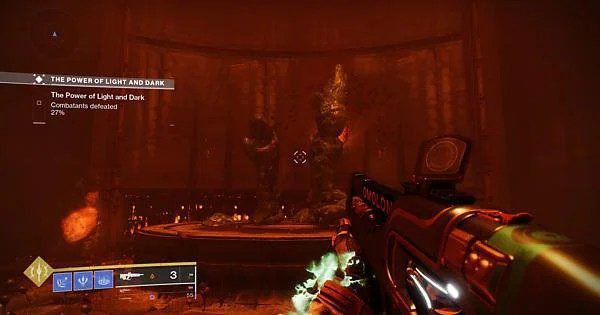 In The Temple Of the Wrathful Destiny 2, Kill the Scorn foes to our left after rallying the nearby encounter flag. There would be a Chieftain with such a Void shield among them. As quickly as we can, eliminate this opponent because their totems may render adjacent Scorn invulnerable. Following the defeat of those adversaries, a Lucent Lightbearer will appear to the left or right of the nearby Hive pillar.

A Hunter’s Middle Tree Gunslinger kit is shared by this Lightbearer, an Acolyte. It may dodge, and throw Swarm Grenades, but then when they evade, their Super enables them to cast Blade Barrage. The Lightbearer must be slain right away since she is extremely dangerous. If it’s Super pops run for cover right away.

The first Lightbearer should spawn, but if we act quickly, we must be able to kill it. However, watch out for the second Lightbearer towards the rear of the space, who is backed by a few Knights and Acolytes. Give the best shot here because pushing these foes is difficult on Legendary or suicide on Master.

Utilize the Heavy or Super, lob grenades their way, and pick away at their own HP from a safe distance. The Hunter variations can’t restore HP as the Lightbearing Wizard can.

Temple Of The Wrathful Destiny 2: What To Do After Killing Scorn?

Once both Lightbearers have been eliminated, the swarm from Scorn will appear right across from us. This wave on Master has an Unstoppable Abomination and an Overload Chieftain. Only the normal Chieftain and Abomination are included in the legendary edition. After stunning the Abomination, we should focus on the Chieftain.

Just a few melee Scorn might charge at you, although they’re not too strong. We will be able to advance deeper into Savathun’s Throne World once we have killed the Scorn.