One of our generation’s most popular sports video games is Rocket League. With simple controls, slick, physics-driven competitiveness, and a high-powered combination of arcade-style soccer and automobile mayhem, Rocket League is indeed a fun game.

The Nike, Jordan, and Converse brands work together as Nike, Inc., with the goal of leaving a lasting impression. We take action to build a future of continuous improvement for athletes, sport, and the globe through our worldwide presence, the culture of innovation, and team-first approach. 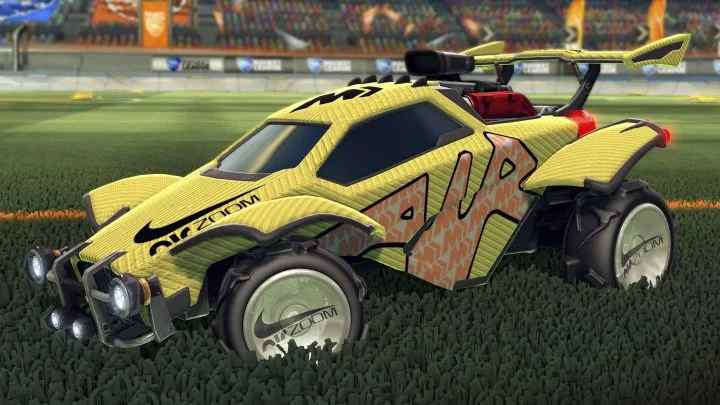 In order for the latest Nike Air Zoom Mercurial football footwear to make its debut in stores and on fields all around the world, Psyonix and Nike worked together.

The Nike Mercurial has already been hailed as one of the fastest soccer boots available since its initial debut in 1998. This Nike Air Zoom Mercurial Rocket League latest update, which as the name implies now includes Air Zoom components, has further strengthened the line’s rising reputation.

The virtual environments are nonetheless fun to race around in, even though their Rocket League counterparts won’t have the same in-game speed that the cleats do in real life.

The Invitational featuring Nike Air Zoom Mercurial Rocket League will take place on July 22 at 10:00 in honour of the game’s content’s release. Roll Dizz and Musty Retals both have five teams. Teams are made up of two content producers and one Rocket League Championship league player. Tune in to Mustys channel one on June 22 to watch the movie live.

Each Mercurial shoe, whether we refer to them as football boots or soccer cleats, is made to deliver outstanding performance on the field. With the AIR logo across the side and the recognisable NIKE Swoosh across the hood, the in-game Rocket League shoes are just as stylish as the real thing.

The Nike Air Zoom Mercurial Rocket League Decals are really a true representation of the originals. Each design is given a lifelike touch by the genuine Nike Flyknit material, making them essential additions to any collector’s garage.

A pair of Nike Air Zoom Mercurial Rocket League Wheels finish off the appearance. In-game traction won’t increase as a result, but we can imagine the grip with cutting edge placebo technology. 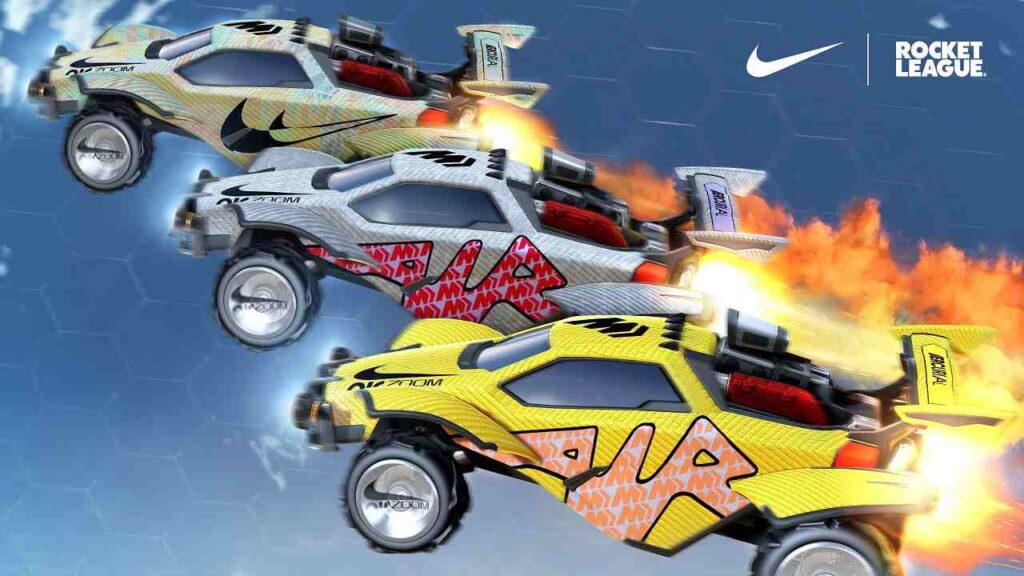 The new Nike Zoom Mercurial Rocket League Bundle is available now. With three additional items in the shop, which we can get. Information about those items is in the item shop.

Nike Air Zoom Mercurial Rocket League: When It will be Held ( Invitational):-

This Nike Air Zoom Mercurial Rocket League Invitational is on tomorrow (July 22), so get ready. Four teams will compete for victory in a single elimination bracket at the event, which gets started at 10 a.m. PDT and is hosted by Musty, Retals, and Roll Dizz.

A Rocket League Championship Series Pro will serve as the team captain for each group, which will also include two content producers. Additionally, Faith and FrontalPanda will do an amazing head-to-head freestyle halftime act for us.

Keep an eye on social media for competitor announcements and head over to Musty’s Twitch channel on July 22, which means tomorrow, to witness the tournament live.

Bring our favourite shoe company’s logo from the street to the arena by purchasing a Nike Air Zoom Mercurial Rocket League Banner from the Item Shop.