Genshin Impact The Ancient Azure Star: How To Complete The Quest & Puzzle? 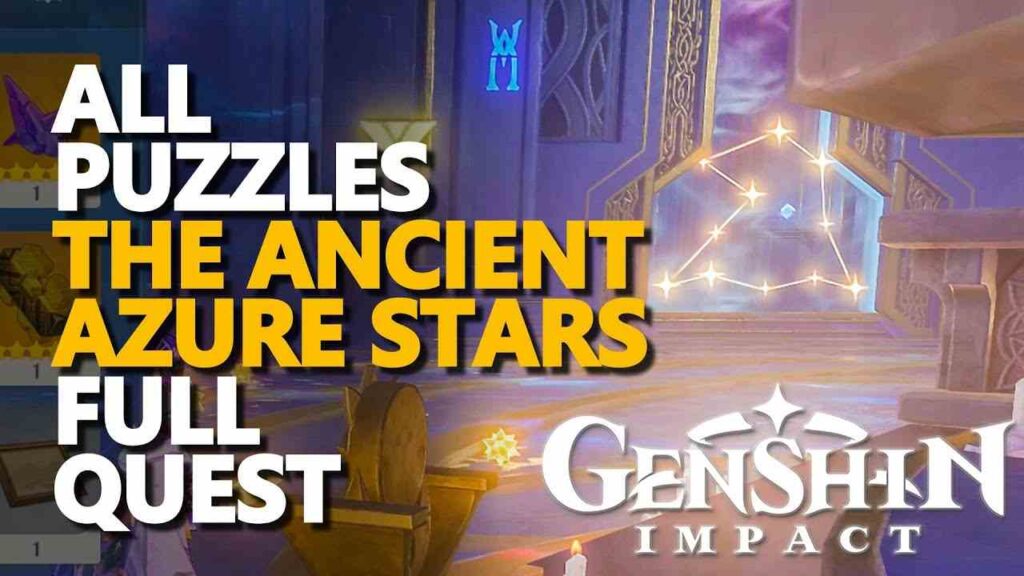 Investigate the Mirage and Gather Asterism Shards. Gather the three Asterism Shards scattered about the mirage as we explore the main room. First Stardshadow Lamp is next to the first constellation you need to solve, so go there. until we spot the following set of lights, move onward. After entering the new door, turn around when we see a light-up puzzle.

Keep in mind that the star must always be by our side in order for it to travel to the center on its own. Jump into the sea to be carried to a different dimension after the Star is placed in the center of the big contraption. Explore new space & follow the star as Mona. Since this step is largely linear, keep an eye on the star because it will point us on the right path. We are only capable of taking 30 hits, therefore dodge this bullet hell at any and all costs. Next, go through the Mirage Door to finish Part 1 of the quest.

To begin Part 2 of the quest, locate the Fifth Asterism Shard that is shown on the platform tip. Investigate the shining object close to the Hilichurl to obtain the shard. Return to the realm and proceed to a second Stardshadow Lamp at the front of the aforementioned constellation. The passageway can be accessed by placing the two shards in the top and lower slots to create the second constellation.

The second Astral Puzzle’s hint isn’t explicitly displayed, but you can receive it by touching the star wall. That’s, the star will show up and point toward the roof idea. A left-most light gadget will constantly interface with a top gadget on the off chance that we do this since the center-left light gadget can go through the furthest left light gadget. From the Exquisite Chest, take the Sixth Asterism Shard.

If successful, the sixth Asterism Shard from the Exquisite Chest will materialize. A star will also begin to form. Another riddle for hidden treasure boxes will be in the room beyond. We’ll return to the main chamber for the time being so that the quest can be finished. Return to the main room by following the star that descends from the Exquisite Chest. Keep in mind that the star cannot enter the pool without first entering it.

Just follow the star’s course until you get to the maze part. To escape the Mirage Maze, follow the map visible in the sky, using the star to indicate our present location. Even if the walls were invisible, we can bump into them to better understand our surroundings. To visualize where we are in the maze, envision the shape of walls in our head and compare it to the maze map. To leave the domain, ascend the transparent stairs and exit through the mirage door. This will finish up the quest’s second part. 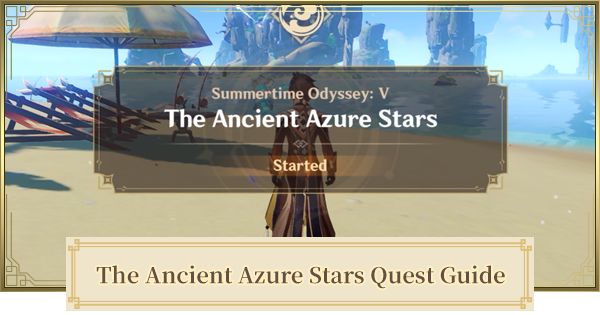 The following Asterism Shard can be found near some Geo Pressure Plates as well as a locked chest to the west of Minacious Isle. To obtain the eighth Asterism Shard, click Investigate. The third part of the journey will now begin. The third Stardshadow Lamp is in front of the third constellation we need to solve, so go there. Match the Asterism Shards with the Crosshair Constellation Shards. To make the fourth constellation & unlock the door to the Astral Puzzle 3, place the two shards in the top and lower slots, respectively.

The constellation from the hint outside the water room must be matched in order to complete the third Astral Puzzle. Shoot the lasers as illustrated above to complete this third Astral Puzzle while facing the room’s entrance. There are two ways we can handle this, and both should still be effective. Open the Exquisite Chest and take an Eighth Asterism Shard out. This eighth Asterism Shard will be located inside the Exquisite Chest if it is successful.

adhere to the third strange star. The star won’t truly move to a pool if we bring it back to the Main Room. To obtain the other pair this time, we must solve the domain’s final room. Open Door #4 and take out Door #2’s lower fragment. To open the fourth door, we must cut away the lower portion of Door 2 in order to create the image of a raven. Match the Asterism Shards with the Raven Constellation Shards. To create a fourth constellation and unlock the tunnel, place the two shards in the top and bottom slots, respectively.

This tutorial explains how to finish the Seize Destiny task for The C in the Gesnhin Impact 2.8 Summer Odyssey event, which began on July 15 and runs until August 24. The quest’s ultimate goal is this. Even though this goal is fairly tiny and straightforward, many players are having trouble finishing it. This tutorial will show us how to accomplish the Seize Destiny goal.

We will find ourselves inside a mirage when the quest begins. As seen in the images below, we must locate and photograph a moving star in order to achieve the objective. We can easily find one if you look around the region. Use an elemental sight to locate a moving star if we can’t see it with the naked eye. A cutscene will begin after we catch the moving star. An Ancient Azure Stars Stories Quest is finished at this point.

During the quest’s progress through Mona’s dungeon, Genshin Impact ancient azure star. we can find a puzzle in Genshin Impact that features a hydro pillar plus three additional totems whose elements are unknown. Here is the answer to the puzzle. Only if we understand what to do will the puzzle’s answer be easy. The reflection holds the key to the riddle. We’ll need characters who are Hydro, Anemo, and Pyro for this task.

As a group, set them up and proceed to the hydropole shown in the image below. Hit this with a hydro attack to activate it. When the totem is activated, a puddle will form on the ground, and in its reflection, the genuine components of the other pillars can be seen. We’ll find a Rich Chest between the totems once we’ve solved the problem.