Top 10 Update In BGMI 2.1 Update: Millions of people play BGMI every day, making it one of the most well-liked games available on mobile devices. The game has a variety of game types with intriguing in-game mechanisms, as well as 4K grade graphics. The tile is about to get its most recent update, version 2.1, which will bring a tonne of brand-new features and other improvements to the game.

The upcoming BGMI 2.1 update has been released ii think, and users had tried the most recent version of the game. Only the game’s Indian version will have access to the update. To learn about the Top 10 Update In BGMI 2.1 Update in the upcoming update, read our whole post. This BGMI 2.1 update also included new events in addition to significant in-game adjustments. 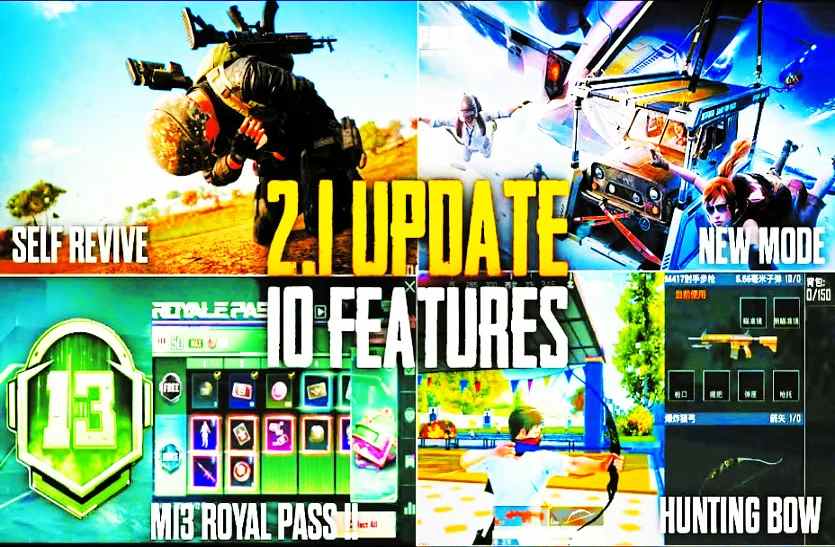 On July 13, 2022, the top 10 Update In BGMI 2.1 Update was made available. The Google Playstore & Appstore now provide the update. It follows the 2.0 patch as the subsequent update. A few days after the global PUBG Mobile update is released, Battlegrounds Mobile India receives its own update. The first update was released on July 13, followed by the second on July 15.

The top 10 Update In BGMI 2.1 Update listed below will be included in the Battlegrounds Mobile India 2.1 release.

#1. Ancient Secret Arise Mode : The Ancient secret mode there in game will return with the BGMI 2.1 Update. To go to the drifting secret land, players could used transports.

#2. Month 13 Royale Pass : With the 2.1 upgrades, the Battlegrounds Mobile India M13 Royale Pass will be available. The latest update will include new cosmetics, a new theme, and other Royale Pass perks.

#3. Primordial Water : Our health will be restored to perfect condition thanks to this energy booster. During the battle with its monster during Ancient Secret mode, players can utilise this booster.

#4. Weapon Balances : The weaponry may get balanced out depending on player feedback, which is the most significant game update. It is the top 10 Update In BGMI 2.1 Update

#6. Sandstorm Treasure : We can find incredible loot by using the sandstorm treasure feature, which will randomly generate a sandstorm in a location on the map.

#7. Desert Merchant : In the random across of the map the secret called desert merchant will appear. These businesses allow players to utilise coins to buy equipment for fight.

#8. Scarab Charm : The Scarab Charm will give admittance to the Sandstorm Treasure area. The Scarab Charm can be utilized by players to get back to the front line. Players may recall themselves instead of their teammates, which is identical to the recall feature.

#9. Ruin Treasure : When visiting the Arial old structure, players can discover both Jackal ruins or the Scarab ruins. A number of fascinating things will be discovered when the players open the ruins of Jakal or Scarab. making the game more engaging.

#10. Monument Tour : Two sand giants will be travelling around the map at all times. It is the one of the top 10 Update In BGMI 2.1 Update.

Top 10 Update In BGMI 2.1 Update : Is It Available In Google Play And App Store? 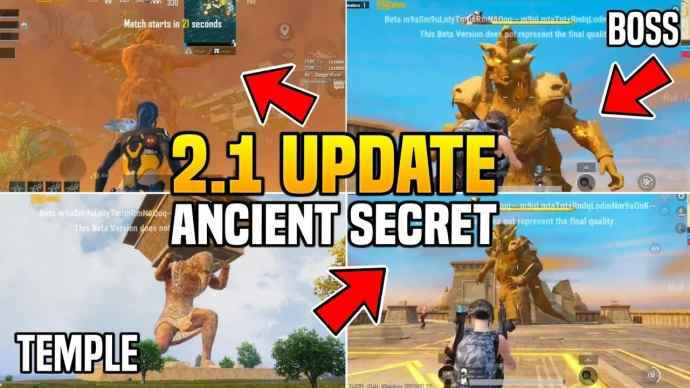 The new July update’s release date and timing were announced by Krafton earlier today on the BGMI website. On July 14, between 12.30 and 6.30 IST, the Android version of the app went live in Google Play. Apple App Store, which launched for iOS on July 14 at 4 p.m. IST, is currently accessible.

Due to the size of the update and how much data it will need, Krafton has asked clients to connect the devices to even a Wi-Fi network. They have also encouraged gamers to be patient because it may take some devices longer than others to display the update.

Previous article
How to Get Better Aim in Valorant: Tips for Perfect Aim
Next article
New AMR Gun Location: How To find Lynx AMR sniper rifle?