Genshin Conch Locations: All Phantasmal Conches Location And How To Use It !

Genshin Conch Locations: You have come to the best unless you are a Genshin Impact player searching for all the Phantasmal Conch item locations in the brand-new, momentary Golden Apple Archipelago region. The Golden Apple Archipelago Genshin conch locations, new quests, events, and, as was already noted, the new four-star Anemo character named Shikanoin Heizou, are just a few of the new features included in the Genshin Impact 2.8 update.

We locate the precise positions of every Genshin Conch locations, saving us from having to haphazardly scour all of the islands for them, as well as the benefits Travelers, can get.

Genshin Conch Locations: All About Conches:- 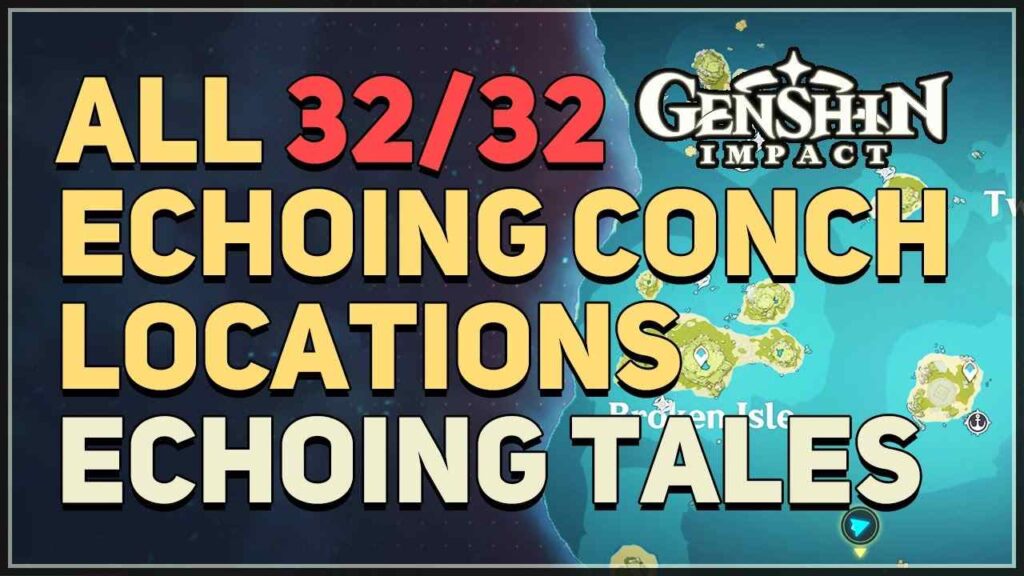 But first, we must make a point, especially if you have already collected some Conches and have come to our guidance in search of the last ones: Some of them aren’t even yet available. There are 20 Phantasmal Conches on the map to gather. Only 14 of the event’s 20 Conches are now visible, though, during the first day of this tournament.

In the days to come, the final six Conches will be added. The locations of the last six Conches will become accessible through new sub events and sub quests. Additionally, Fischl’s Skin cannot be acquired on the first day of the event because it needed at least 16 Phantasmal Conches.

Within the Golden Apple Archipelago, every Phantasmal Conch To aid in our exploration of this zone, I advise tagging all the fast travel points or Waverider waypoints. When we approach close enough, these Phantasmal Conches will show up on our minimap as some of the teleporters also disclose portions of the area. There are 6 imaging conchs and 8 echoing conch are in this island all Genshin Conch locations given below.

#1. All Phantasmal Conches In Pudding Isle :

• Imaging Conch 1: The first imaging conch is situated atop a boulder not far from the Pudding Isle teleport waypoint.

#2. All Phantasmal Conches In Twinning Isle :

• Imaging Conch 2: In Twinning Isle, on top of rock not far from a cliff. On the map, Twinning Isle is the larger island that is east of this smaller island.

• Echoing Conch 3: Twinning Isle’s northernmost island. On the western side of the island, near to the Waverider Waypoint, is where you can discover the Echoing conch.

• Echoing Conch 4: Located east of the Teleport Waypoint on top of a cliff.

#3. All Phantasmal Conches In Broken Isle :

• Imaging Conch 3: upon the top of the rock adjacent to a cliff, on the tiny island north of the main island. The wooden stairway is underneath it.

• Echoing Conch 5: Perched atop a rock not far from the shore, toward the northeast of a teleport waypoint.

• Echoing Conch 6: Located on top of a rock next to a cliff, towards the northwest of a main island’s teleport waypoint.

• Echoing Conch 7: Perched atop a rock not far from the shore, towards the northwest of a main island’s teleport waypoint.

• Imaging Conchs 4: As shown on the map, it is situated on an island that is part of the Broken Isle’s eastern side. Imagine Conch perched atop a wooden box.

#4. All Phantasmal Conches In Minacious Isle :

• Echoing Conch 8: Below the large mountain in the form of an arch.

• Imaging Conch 5 imaging: On the western slope of the mountain.

• Imaging Conch 6: From the previous position, glide downward to find the item on the cliff side, where a tree trunk has collapsed and is serving as a bridge.

These are all the Genshin Conch Locations you can go and it and use it.

Genshin Conch Locations: How To Use it? 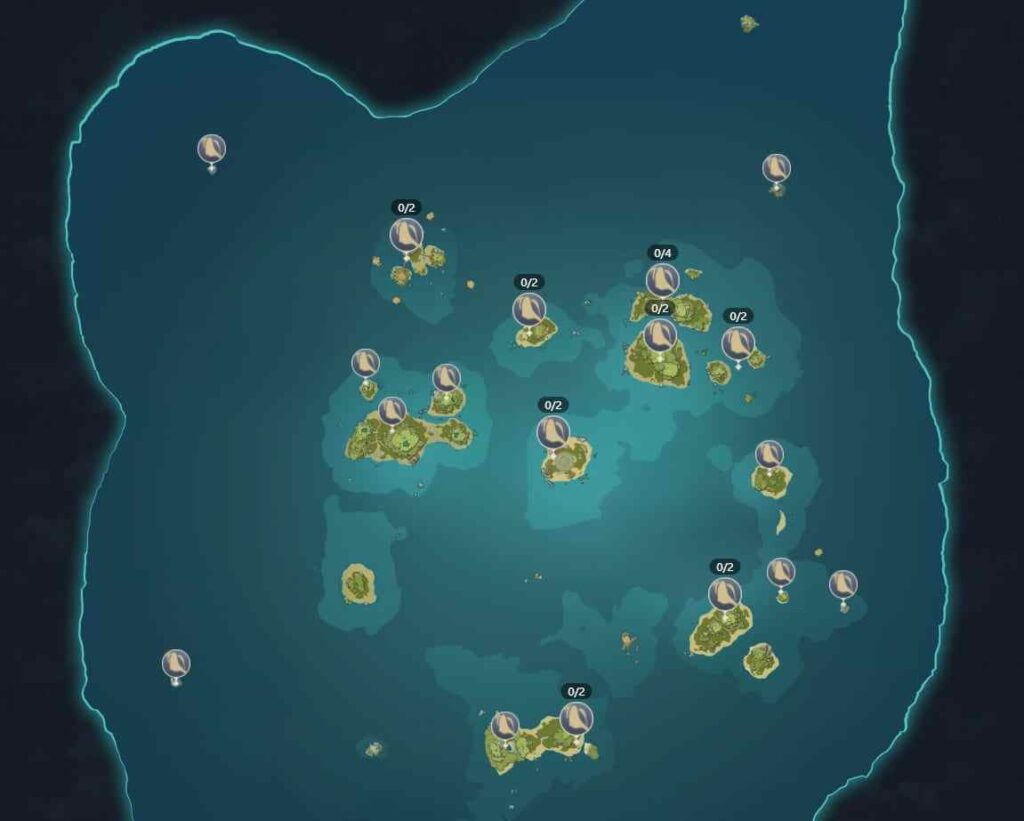 The outfit is available for purchase at 1,680 Genesis Crystals if we may not want to go looking for treasure. This concludes the step-by-step instructions for releasing the Fischl outfit on Genshin Impact 2.8 and the Genshin Conch Locations.