Top 10 Tea Producing Countries: As per the Kingdom of Tea, herbal teas are produced using a variety of herbs, spices, flowers, bark, and leaves from edible, non-tea plants whereas true tea is produced from the leaves of the camellia Sinensis plant, which is more widely known as the tea plant.

And today the thing we are gonna talk about is the favorite thing for most people. And that thing is none other than tea. Without tea, most people can’t just imagine their morning. The way tea freshes there every morning no other thing can do. So well today’s topic is related to the topic of tea but not completely. To get to know about you have to read the complete article.

There are so many tea-producing countries worldwide and this time we are just going to tell you all the Top 10 Tea Producing Countries. Tea has reportedly been consumed in China since around 2700 BCE. For thousands of years, tea was brewed from fresh leaves as a therapeutic beverage, but in the third century CE, it started to be used regularly, and crop farming and refining got underway. And now it is being all over the world and it’s popular in many countries. 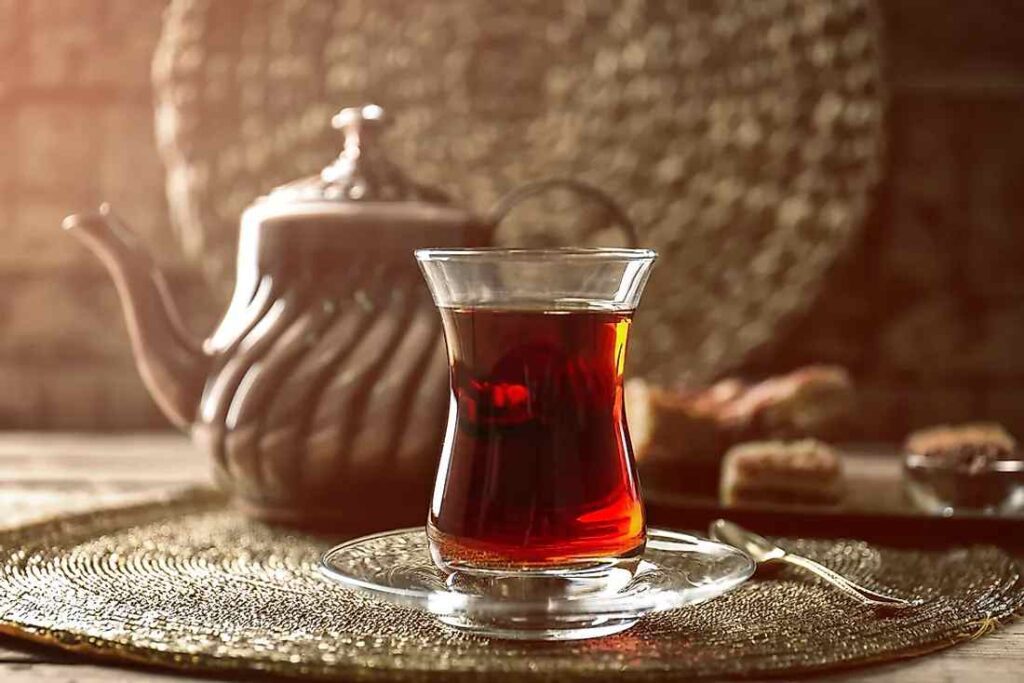 So just like the first country according to the legend china was the first country where tea was produced since around 2700 BCE. As per this china also is in first place in producing tea. The nation has held the top spot in the production and supply of tea for many years. This year, it produces tea at a much higher yearly rate than 2 million tonnes (approximately 40 percent of its tea weight).

Chinese tea has substantial export markets, namely in Europe, America, and Asia. And over 2.5 million hectares of tea estate are owned by China, with the majority of this area being in the provinces of Yunan, Fujian, Hubei, Sichuan, and Hunan. High-grown tea crops thrive in these areas.

The cultivation and production of tea in China are essential to the country’s economic success The fragrance, flavor, and characteristics of Chinese tea are distinctive. Black tea, green tea, Pu’er tea, yellow tea, and floral tea are just a few of the many varieties of tea that are well-known in the nation. So this makes china number one in the Top 10 Tea Producing Countries.

The second country that is up on the list is India the neighbor aside from the first rank holder china. And it is said to be that the British came up to India bringing tea in India and from there it is being so popular in India. Assam produces the majority of the tea consumed in India—about 52% of the nation’s total production—making it the largest tea-producing state in the world.

In India, Darjeeling, Assam, West Bengal, Tamil Nadu, Kerala, and Karnataka are where tea plants are mostly grown. Over 600,000 hectares of tea land are spread throughout 10,000 tea gardens in the country. this leads India to be at 2nd place in the list of Top 10 Tea Producing Countries.

GWL Caine planted tea plants in the region of Limuru which is now Kenya in 1903. When Brooke Bonds dispatched Malcolm Fyers Bell to establish the first commercial plantations, the commercialization of tea began. Since that time, the country has emerged as a significant black tea producer.

Kenya currently comes in second place in China in terms of tea exports. In addition to horticulture, tourism, and Kenyan coffee, Kenyan tea is one of the main generators of foreign cash. And all these factors plays an essential role in placing Kenya 3rd in the Top 10 Tea Producing Countries.

With 340,230 tonnes of the plant grown there, Sri Lanka ranks fourth among countries that produce tea. It is one of the leading producers of orthodox teas in the world and is renowned for its Ceylon teas, so named because the nation was formerly known as Ceylon by conquerors.

Although the nation produced considerably more coffee initially, it converted to tea after a blight destroyed its plantations. Tea production now contributes to 2% of the nation’s GDP and is the major source of the country’s foreign currency with other nations (GDP). So this makes Sri Lanka number 4th in the Top 10 Tea Producing Countries.

Vietnam, which produced a total of 214,300 tonnes of tea, rounds out the top five. Since ancient times, tea has been profoundly ingrained in the culture. Most of the time, it takes place without the formal ceremonies that certain other cultures may have. Vietnamese people also view drinking tea as a meditative pastime and something to do when engaging in academic pursuits. And that is why Vietnam is at 5 in the Top 10 Tea Producing Countries. 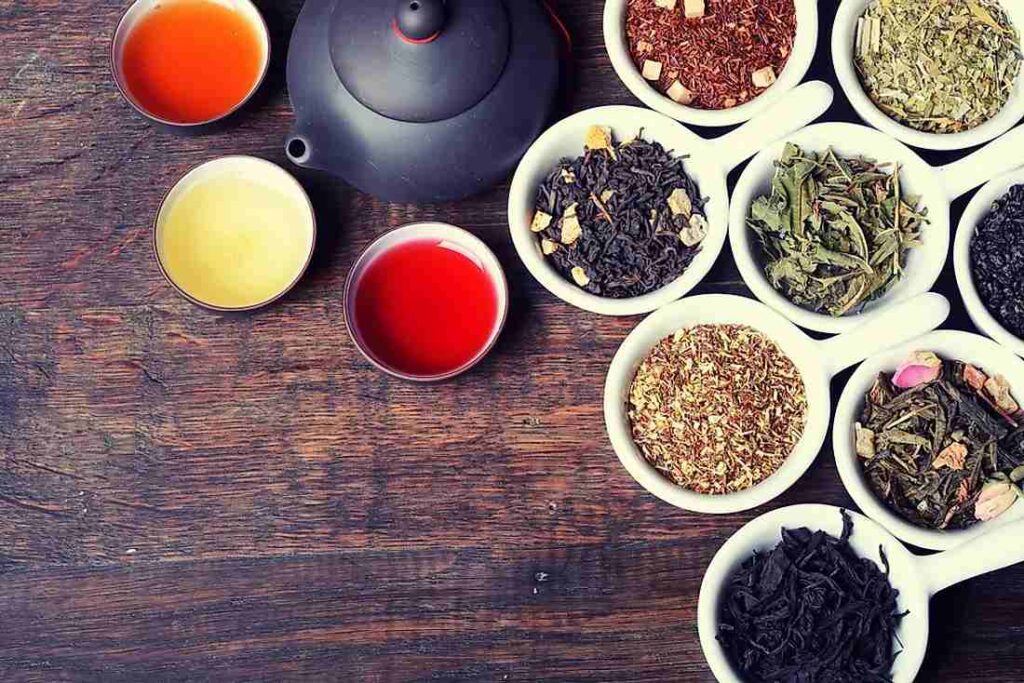 Since the middle of the 20th century, Rize tea, a terroir from Rize Province on the Eastern Black Sea Coast, has made up the majority of the tea produced in Turkey. The Rize Province features healthy soil, a moderate climate, and high rates of precipitation.

One of the major tea markets in the world, Turkey produced 205,500 tonnes of tea in 2004 (6.4 percent of the world’s total production), with 120,000 tonnes consumed domestically and the remainder exported.

At 2.5kg per person in 2004, Turkey consumed the most tea per capita in the world, followed by the United Kingdom (2.1 kg per person). According to more current statistics, consumption is about 3.5 kg per person, or approximately four glasses each day. Thus turkey is on 6 among the Top 10 Tea Producing Countries.

We travel overseas and arrive in Indonesia, which yearly produces 157,000 tonnes of tea. The Dutch East India Company introduced the crop under colonial control in the 1700s, manufacturing primarily black and green teas and Indian Assam types. These types of tea may flourish in Indonesia’s climate.

Dutch colonists brought tea to Indonesia in the 1600s in an effort to replicate the success of the tea plants there. Although a wide variety of Chinese teas were used in the early experiments, it was found that Assam teas were better suited to the hot, muggy tropical environment of Indonesia. The colder climates of the mountainous islands of Java, Sumatra, and Sulawesi have proven to be ideal for the growth of tea. Due to all these Indonesia is placed at 7 in the Top 10 Tea Producing Countries.

Throughout the southwestern area of Japan, where tea is known to be grown, Japan ranks as the eighth-largest producer of tea. Shizuoka and Kagoshima are the two main tea-producing regions in Japan. The Kyoto area is renowned for having been the birthplace of Japanese tea for a very long time.

However, the areas of Japan have a wide variety of distinctive green teas. The largest tea-producing area in Japan is Shizuoka. Its tea farms produce sencha for extensive commercial usage as well as Fukamushi Sencha, a deep-steamed kind of sencha that needs more time than usual for preparing Japanese green tea. and hence japan is at 8 in the Top 10 Tea Producing Countries.

9. The Islamic Republic of Iran

As we travel over the Indian Ocean, we arrive in the Middle East, passing through the seemingly odd tea-producing nations of Iran and Gilan, which yields somewhere between 84,000 tonnes of tea annually. Due to commerce along the renowned Silk Road, tea initially made an appearance as a beverage in that area inside the fifteenth century and soon gained popularity.

The first modern tea factory was founded in 1934, but the crop wasn’t produced in the nation until 1899 when Prince Mohammad Mirza sneaked tea plants into India into the city of Lahijan and started producing the crop. And thus they get in the Top 10 Tea Producing Countries.

South American nation Argentina is located there. Argentina has a wide geographic latitude range, with subtropical weather in the north and subpolar weather in the south. The terrain of the nation affects its climate as well; in general, the east of the country is flatter while the west is flanked by mountains.

Argentina is one of the world’s top producers of tea, despite the fact that just a tiny area of the country is ideal for cultivating it. The nation was the ninth-largest producer in 2008, despite its, The majority of the tea in the nation is cultivated in the northeast, in the cities of Misiones and Corrientes.

These regions offer a warm, subtropical environment with abundant rainfall that is perfect for cultivating tea. the neighboring province of Formosa; in an odd link. And this leads Argentina to be at 10 in the Top 10 Tea Producing Countries.

So above Is the list of Top 10 Tea Producing Countries.