Top 10 Strongest Female Characters in Game History: Though it’s commonly believed that men make up the majority of video game players, statistics show that women actually account for a small majority of gamers. Unfortunately, it appears that the gaming industry mostly disregards these figures, which contributes to the dearth of female major characters outside of sex symbols.

However, there have been a number of utterly despicable female characters in video games throughout their history that are adored by both male and female players. The ten strongest female video game characters will be examined in this post as we rank them. 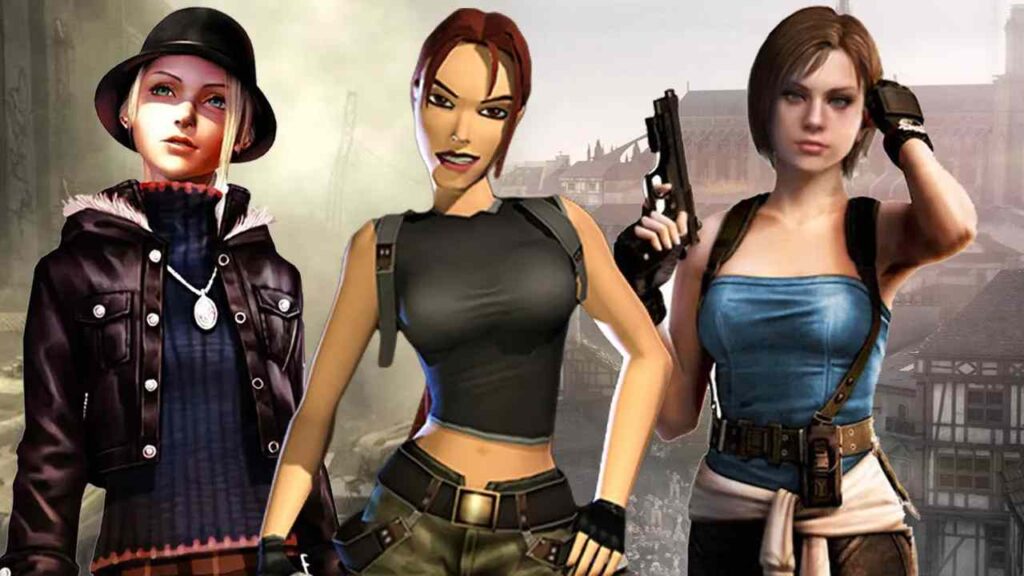 In Final Fantasy XIII, Fans of the Final Fantasy series will recognize what a total badass this woman is. Even casual gamers who are familiar with the franchise are likely to have heard of Lightning. She was the first female character in the series that wasn’t labeled as “girly” but rather as a stunning but strong and dominant lead.

Throughout the Final Fantasy XIII series, she displays a rather “cold” temperament, which is notably different from the typically exuberant and loud female characters who feature in video games in Top 10 Strongest Female Characters in Game History.

In Perfect Dark, The titular character and main heroine of the video game series Perfect Dark are Joanna Dark. She works as a special agent for the made-up Carrington Institute. Because of her flawless test results while training to be an operative, she was given the code name “Perfect Dark.”

Joanna excels at hand-to-hand combat, is a highly accomplished markswoman, and a proficient pilot and driver. She has additionally been featured in novels, comic books, and even her own line of action figures. Consider her to be essentially a female James Bond.

Top 8 In the list of Top 10 Strongest Female Characters in Game History:

In Mirror Edge: The protagonist and primary playable character in the video game Mirrors Edge is Faith Connors. She is portrayed in the game as a “runner,” who is in charge of delivering supplies to various rebel factions that are hiding from a repressive government. Her design, which we’d think was successful, was meant to be appealing to both male and female players.

She is one of the few video game heroines who actually seems more powerful when she doesn’t have a weapon than when she has (as seen by the poor combat in the first game). She garnered high praise from critics for managing to appeal to a male video game audience despite not being sexualized in the Top 10 Strongest Female Characters in Game History.

In the Last of Us, The most impressive character on this list is probably Ellie. The Last of Us, a well-known post-apocalyptic game, features her as one of its primary protagonists. She stands apart from the other people on this list since she is a young person. She doesn’t depend on another character or plays the victim, though, unlike the majority of kids that appear in video games.

She has experienced a great deal of emotional suffering and hardship during the game, which makes her strength and resilience all the more astounding. First off, the character received a variety of year-end honours from numerous publications in Top 10 Strongest Female Characters in Game History. 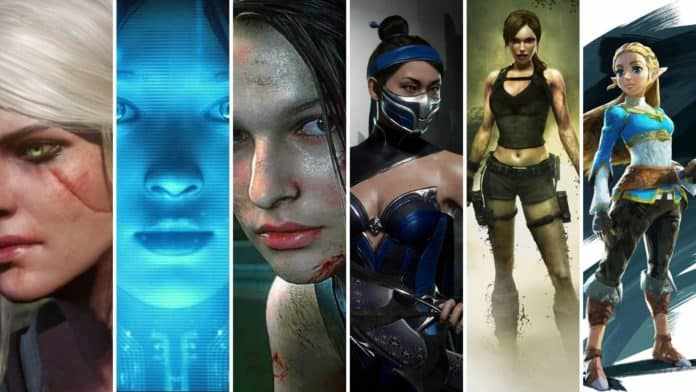 In Uncharted, One of the primary protagonists in the wildly popular video game franchise Uncharted is Elena Fisher. She is not just a strong and capable woman, but also an amazing woman in every way. Elena is a courageous journalist who can keep up with the main character Nathan Drake in anything he does. Elena is witty, funny, smart, and bold.

Through some really trying circumstances that would make most people run for mommy, she manages to keep her cool and press on. She has won a lot of admiration for acting as the men’s equal in the games and not only the main character’s stereotypically attractive love interest.

In Half-Life: Alyx Vance’s power is evident in the fact that she is on this list of unplayable characters. In the well-known 2004 film Half-Life 2, Alyx makes an appearance as a significant side character. She stands out on this list because gamers consistently rank her as one of the prettiest female characters and admire her for her power and intelligence.

This demonstrates that just because a female character is attractive doesn’t automatically preclude the possibility of her also being a complex, well-written character in Top 10 Strongest Female Characters in Game History.

In Starcraft, In the hugely famous StarCraft franchise, Sarah Kerrigan—also known as the Queen of Blades—is a fictional character. She is a Terran ghost, a psychic with training in both physical and mental assassination and espionage. In the StarCraft series, she is one of the main antagonists.

Critics have commended her for being a realistic, complex character. In fact, Kerrigan has been dubbed the most vicious woman in video games and one of the best gaming villains of all time. She is demonstrable evidence that women are capable of being just as tough as males, if not more so in Top 10 Strongest Female Characters in Game History.

In Street Fighter, One of the first strong women in video games was Chun-Li. Since her first appearance in the Street Fighter series in 1991, she has made numerous appearances. She was also the series’ first female character, which is a big deal. She is frequently cited as a pioneer for female video game characters because she laid the groundwork for many of the more contemporary women on this list.

She is actually one of the most popular Street Fighter characters, which is impressive given that the series is replete with them. She is adored by both fans and reviewers in Top 10 Strongest Female Characters in Game History.

In Tomb Raider, Come on, you had to have her on this list somewhere. The main playable character and protagonist of the Tomb Raider series is the archaeologist/adventurer Lara Croft. Throughout the entire franchise, she is not just stunning, smart, and athletic, but also just really chill.

She holds six Guinness World Records and was one of the first video game characters to be successfully transferred to the cinema, making her more well-known than anyone else on this list. Many people would argue that she belongs at the top of our list, and we certainly gave it some thought, but there can only be one lady in the top position.

In Metroid, Samus Aran is the new number one, according to the rankings. If you’re anything like us, you had no idea Samus was a female character when you first played her in a video game. Aran is a bounty hunter who has appeared in various Metroid spinoff series as well as Super Smash Bros.

She was one of the first strong female video game characters introduced in 1986, and nearly 30 years later, her strength is still recognizable. One of the most shocking developments in video game history is still the fact that her gender isn’t disclosed until the very end of the first Metroid game in the Top 10 Strongest Female Characters in Game History.