Valorant 0.1 Kbs: Since Valorant is a well-liked first-person shooter created by Riot Games, fresh players are constantly downloading the game. Valorant download, however, frequently becomes stuck at a 0.1Kbs download speed for many customers. The speed of valuable downloads drops to Valorant 0.1 Kbs.

Occasionally indicates that we have run into an unanticipated Riot launcher bug, which almost always happens when updating or downloading Valorant. This Valorant 0.1 Kbs problem could also arise if our internet connection is too slow to download Valorant.

Valorant 0.1 Kbs: Why Is Get Stuck While Downloading:- 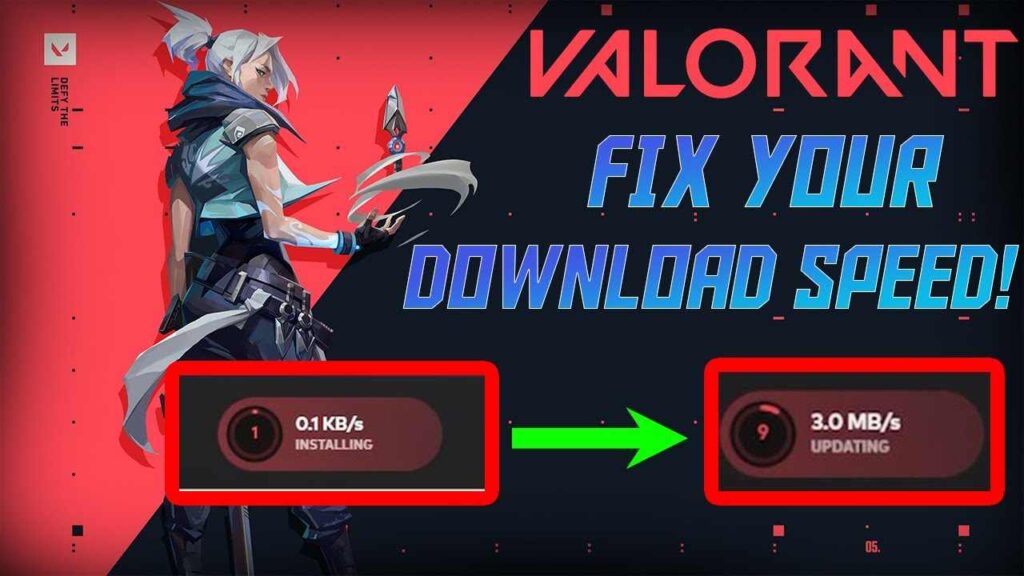 We conducted research on it and identified some of the primary factors, some of which are listed below:-

Unstable internet can reduce Valorant download speed to 0.1 Kbs and generally has an impact on this speed. Before beginning troubleshooting, verify our internet speed online to resolve this. The inappropriate network profile or incorrect DNS settings may be to blame for this Valorant 0.1 Kbs problem, as the DNS setup enables users to submit queries to the server in order to send the request and receive the server’s answer. Because Riot Games do not completely support IPv6, there may be a conflict between IPv6 and the Riot client.

Another reason is the Problem with the firewall, the firewall prevents some of the game’s content from downloading. To correct this, either temporarily turn off the firewall or allow Riot Client access. And the last one when we minimize a window, the priority of that window is changed to low, which can sometimes lead to this problem. We must maximize Riot Client onto the screen while waiting for the game to download in order to remedy this.

Occasionally, the download speed for Valorant lowers to 0.1 kbps, which means we have experienced an unexpected issue in Riot Launcher, which usually happens when upgrading or downloading Valorant. This Valorant 0.1 Kbs problem could also arise if our internet connection is too slow to download Valorant. Unstable Internet has an impact on Valorant’s download speed generally and can reduce it to 0.1 Kbs.

Most often, a portion of the game is blocked by the firewall while it is downloading. We either need to temporarily turn off the firewall or permit the Riot Client to pass over it in order to fix the issue. This Valorant 0.1 Kbs problem can also be brought on by the Riot client since, when a window is minimized, its priority is set to low.

Valorant 0.1 Kbs: Fix This Issue By Using One Of This Methods:- 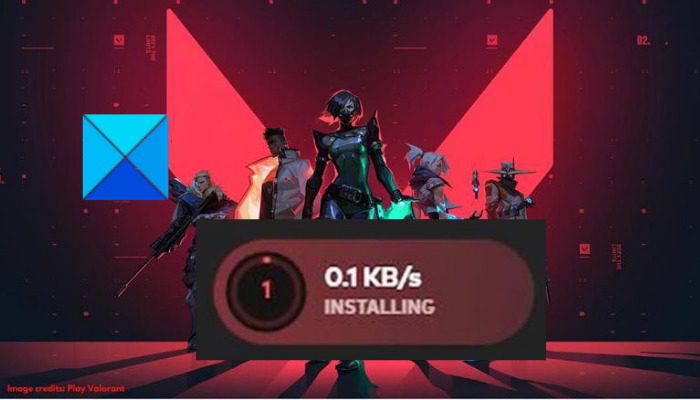 The issue can be the consequence of a momentary Riot Client bug. We ought to have the option to determine the issue by basically restarting our Riot Client launcher assuming that the circumstance applies. Verify whether this resolves our issue. If not, we can continue on to the accompanying plausible fix.

If network issues are the cause of the problem, we might try resetting the network settings to resolve it. This also resets the IP address and reinstalls any corrupted network adapters. Resetting your network settings is done as follows:

First, use the Win+I hotkey to open the Settings app, then select the Network and Internet tab. After that, select the Advanced Network Settings button by clicking there at bottom of the window as we scroll down. After that, select Network Reset and press a Reset Now button. Following that, it will begin to reset the network settings; give it some time to complete. When we’re finished, reboot the Riot client to see if the problem has been resolved.

To start, launch Task Manager by pressing the hotkey combination Ctrl + Shift + Esc. Find the Riot Client in the list under the Processes tab and then right-click on it. Next, choose Go to details from the context menu. Next, right-click RiotClientService.exe after selecting it. Finally, select High under the Set priority option.