According to the most recent livestream, Heizou is really an Anemo character and the first melee catalyst user in RPG games. With Heizou’s beta powers currently available in Honey Hunter, we’ve created this guide on some of the finest theory crafting that surrounds him, summarising what his preferred weapon and artifact sets will be. 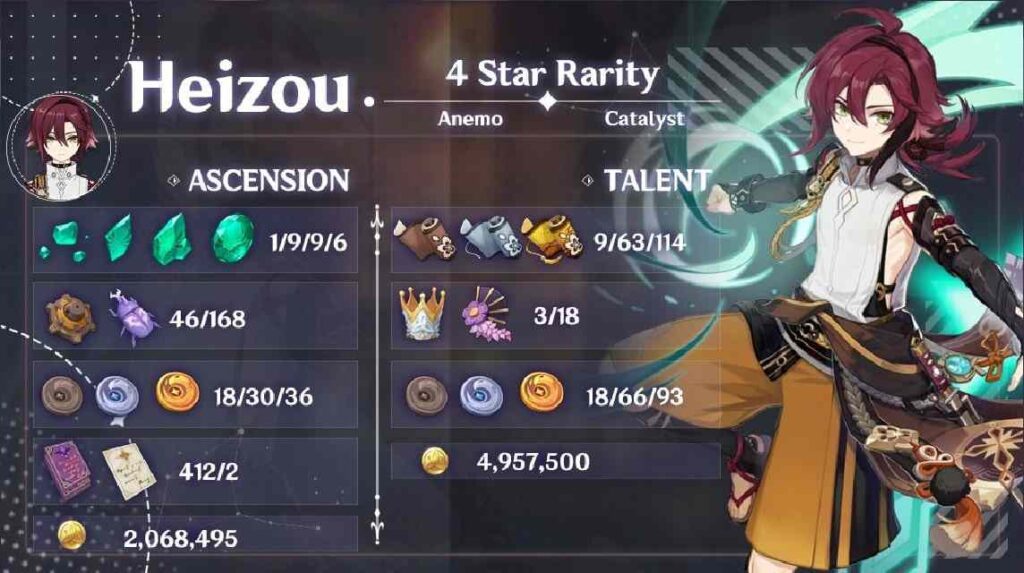 While his elemental talent will be a burst option, Shikanoin Heizou does have the potential to become a character who focuses mostly on attacks. With his barrage of punches equipped with Anemo, he can quickly swirl opponents which already have an element to their name, and even better, he could swirl off of his allies’ talents or burst.

Shikanoin Genshin Impact Heizou Build appears to become an Anemo damage dealer with just an emphasis on elemental reactions, therefore we should probably leave his talents set to 1/1/1 for basic attack, elemental skill, or elemental burst. We should strive to achieve the highest level of elemental mastery instead. It’s also advised to raise him to Level 90 because our character level affects the damage calculations for transformative responses, such as Swirl.

Heizou should ideally be at least C2 for Constellations in order to receive the usual attack speed boost, a Declension stack every time he returns to a battlefield every 10 seconds, and an increase in the pull impact of his Elemental Burst. With C4 making it incredibly simple for him to recover energy for its Elemental Burst and C6 allowing his Heartstopper Strike do catastrophic damage, further constellation level will only increase his abilities.

We chose Solar Pearl, a four star weapon that enables both the enhancement of elemental skill plus burst during normal attacks and the reversal of this ability. Another choice is Skyward Atlas, which ups elemental damage by heightening to 24 percent and is particularly helpful if we’re planning to start the Swirl reaction.

Additionally, this weapon gives regular attacks a 50% chance of activating “Favour of the Clouds,” which actively searches out adjacent enemies to attack and deals up to 320 percent attack damage.

There are several alternative possibilities that are more accommodating to free to play users if you want to make Heizou more like a secondary character. One of the greatest three star catalysts is Thrilling Tales of Dragon Slayers, which is a great choice for casters who won’t be spending a lot of time on the field. The Widsith is a four-star monster that is a little more difficult to obtain, but it also grants passive benefits to all characters who enter the field. 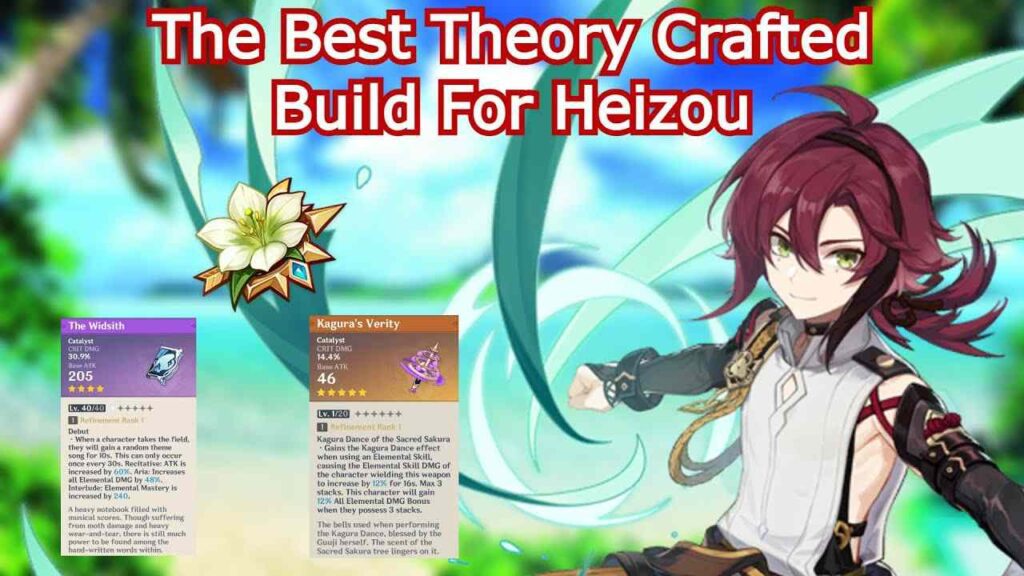 We have selected the four piece collection of Viridescent Venerer artefacts. Anemo damage is increased by 15% by the two piece, whereas Swirl damage is increased by 60% by the whole set, and for ten seconds, foes hit by Swirl have 40% less resistance. Whether or whether we employ Heizou in the primary DPS slot, this is a really potent set considering we will be activating Swirl frequently regardless of the makeup of our team.

A different option would be the four-piece Shimenawa’s Reminiscence, which focuses more on enhancing Heizou’s standard strikes and less on elemental combinations. After to use an elemental skill, charged and plunging attacks will have their attack damage improved by 50% at a cost of 15 energy if Genshin Impact Heizou Build has 15 or so more energy than usual.

This is due to the full set. Because this necessitates precise time and energy management, the Viridescent set is recommended.

Genshin Impact Heizou Build: How To Get The Heizou :-

The initial banners for Genshin Impact 2.8 dated July 13 include Heizou as among the featured four star characters. This means that if users wish either for Kazuha and Klee, there is a chance that we will receive Heizou as a guaranteed four star each ten wishes, possibly less if we wish for one at a time.

If we really want Genshin Impact Heizou Build, it’s definitely best to make our wish for this sooner rather than later as it’s unclear whether he will be on Yoimiya’s flag with in second half of 2.8. Even though four star characters don’t have boosted rates and seem to be available from a larger pool of characters, they always are added to a frequent Wanderlust Invocation banner after they are released. However, this makes it much more difficult to obtain them.