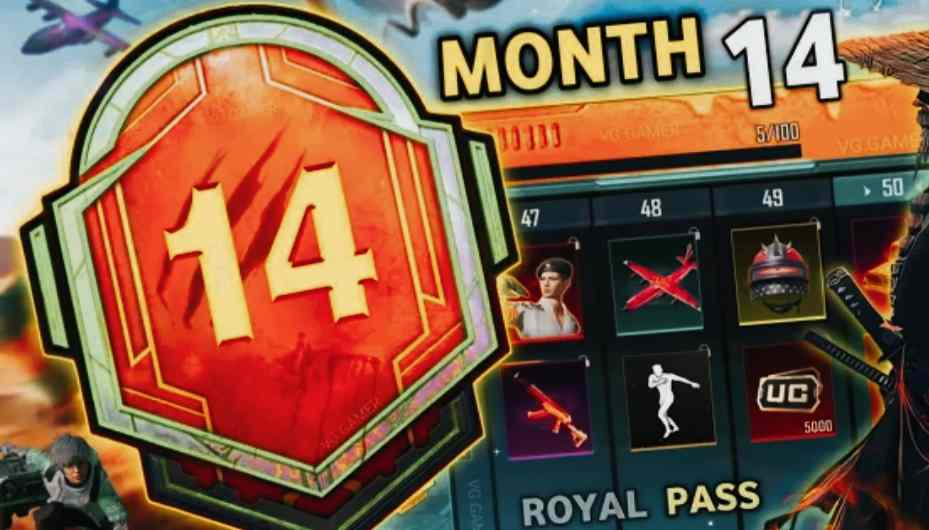 M14 Royal Pass In BGMI/PUBG : The M14 royal pass for the BGMI Battle Royale and PUBG game will be discussed in this post. As we all know, Krafton (BGMI publisher) releases a new season every month. Today, we’ll talk more about release date, 1 to 50 RP rewards, royal pass theme, and free rewards.

This post will provide you with information about upcoming M14 Royal Pass In BGMI/PUBG official release, rewards, and free items in which you can collect. Battleground Mobile India (BGMI) is presently the most well known activity game in India, with substantially more than of 50 million downloads on Playstore or potentially almost a portion of 0.5 Million everyday players.

The M14 Royal Pass In BGMI/PUBG is centred on a “royal concept,” which means that all of the clothes, gun skins, headgear, etc. are created with a golden and royal motif.

This premium-looking outfit, which could be given away as a prize for 50 RP during the forthcoming M14 royal pass season, has been revealed.

This green and white female outfit is available for collection as a reward at RP level 1. It looks fantastic in these delicate hues.

This new MK47 mutant weapon skin is available once you reach RP level 40 and it looks good in the colours of the M14 Royal Pass.

As an RP prize in the free royal pass, you will receive an epic emote. Blazing Rose is an M14 royal pass-themed S1897 shotgun skin 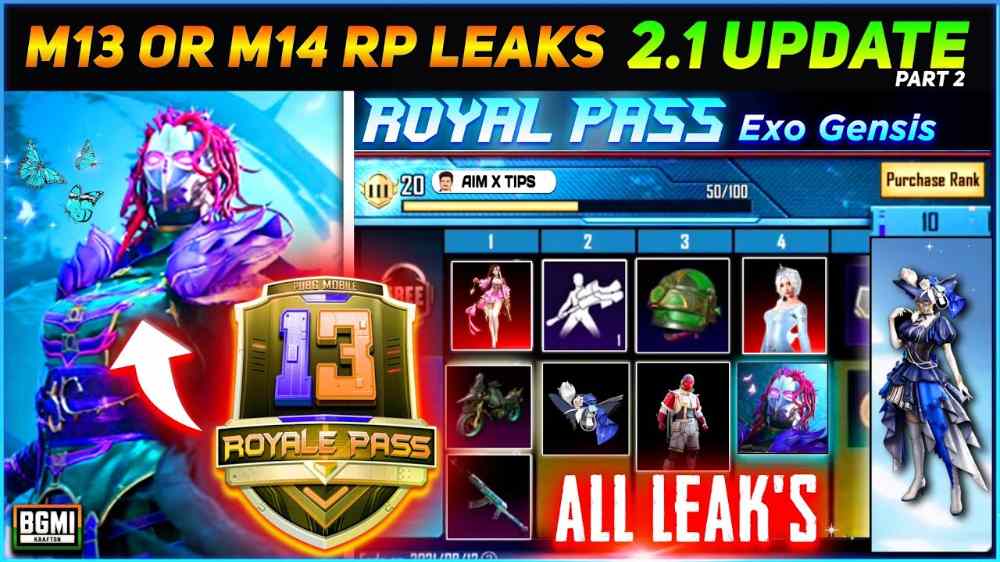 This vibrant Mini14 skin, which is available in BGMI M13 RP level 1 and looks really good with blue and pink textures.

The MK47 mutant gun skin, whose texture is nearly identical to that of the mini14, is free to obtain at BGMI M13 RP level 35.

After much anticipation, Pubg C3S7 Tier Rewards now are usable for M13 & M14. In this article, I will share all of the tier prizes that were assigned for the tier rank and can be obtained for nothing by moving up to that tier. All of these awards will be accessible through BGMI and PUBG Mobile (Battlegrounds Mobile India).

In PUBG, tier prizes are the freebies that each player receives after advancing to that level. We can redeem better rewards as we climb the tier ladder. We have around two months (59 days) to become a conqueror and acquire every tier prize. However, only a small portion of those things are actually valuable, while the majority are commonplace and available to all players regardless of rank.

We know there is time for M14 Royal Pass, because M12 is still going when it complete, Then M13 will start so we have to wait for M14 Royal Pass In BGMI/PUBG. For Know This is all info that provide by official if any update come regards M14 Royal Pass, I Will post another article about update. So That all for the folks see you soon, and if you like the post plzs Follow Gaming Acharya.