Top 10 car sales in June 2022: After a further month has passed, brands have disclosed their sales data. The Mahindra Scorpio N, Maruti Suzuki Vitara Brezza, and Toyota Urban Cruiser Hyryder are just a few of the promising new vehicles that have been introduced this month, but most manufacturers have seen profits. Skoda has the biggest year-over-year growth but that does not let it make it at the top of our list of Top 10 car sales in June 2022, followed by Tata and Toyota.

Let’s examine the top 10 automobile brands in terms of sales:

Are you interested in knowing which cars sold the most in June 2022? So, without further delay, find out who the winner is, who has just entered the top 10 list, and who has been eliminated from Top 10 car sales in June 2022. 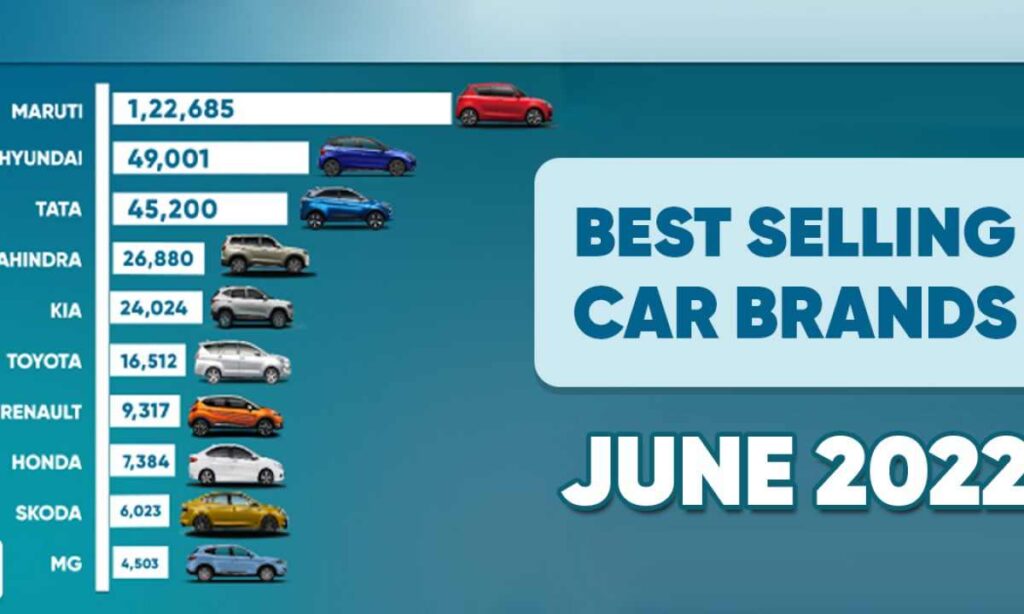 Top 10 car sales in June 2022 are led by Maruti Suzuki with approximately 1,22,685 cars and counting being sold within a month.
Although it has been the best-performing brand, Maruti Suzuki has seen a little drop. The YoY growth was down 1.3% as a result of sales data from the top brand.

In contrast to the 1,24,280 automobiles sold in June 2021, they sold 1,22,685 cars this year. Their best-selling vehicle has been the WagonR, and with the release of their new Brezza, sales may catch up next month.

The second topper on the list revealed is Hyundai with around 49000 models already sold out in the market of Top 10 car sales in June 2022.

Hyundai has been in second place with a Year on Year rise of 21%. This year, the Korean automaker sold 49,001 vehicles, which is a small increase over the 40,496 vehicles it sold in 2017. They may have sold the most Creta this year, and they also introduced the Venue redesign!

The next on the list is Tata with more than 45000 loved cars among its customer within a month. With 45,200 vehicles sold last month, Tata and Hyundai have been intense competitors.

Given that they only sold 24,111 cars in June of the previous year, the sales report indicates a staggering 87 per cent YoY gain. With its respective IC engine and EV variants, Nexon has been doing well for the manufacturer.

Mahindra rests on rank 4 with 27000 cars sold, In June month, Mahindra introduced the Scorpio-N, one of the most anticipated SUVs and, according to the brand, the Big Daddy of SUVs. The new Scorpio will have a part in the numbers for next month. With 26,880 to be precise enough, SUVs sold this June, the brand reported a 58.9% Year on Year growth. Its best-selling items were the Bolero and XUV700. 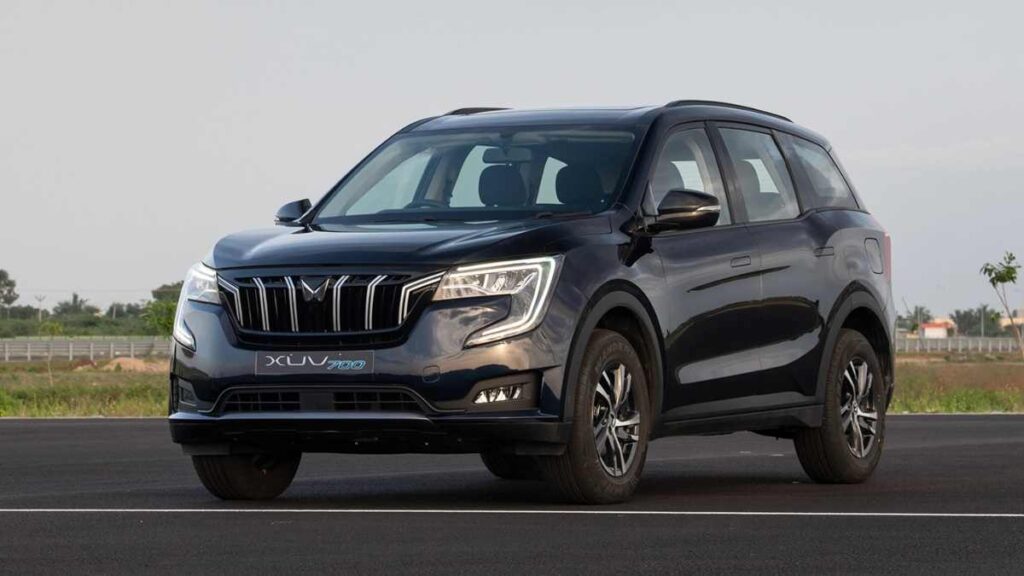 Ranked at number 5 with more than 24000 cars delivered, Given the recent notable launches, Kia also made their first electric vehicle, the EV6, available in the Indian market. Their sales report also included 24,024 cars sold this month, which represented a 60 per cent Year on Year gain. With over 4,612 units of their brand-new MPV Carens sold, Sonet & Seltos were their best-selling automobiles.

These are the next 5 cars which are ranked down only due to their less quantity being sold resulting in lesser demand.

With around 16000 cars being delivered, Toyota makes it in our top 10 list with a ranking of 6th spot, The Urban Cruiser Hyryder, the first product of Toyota’s partnership with Maruti Suzuki, was also released. It is the industry’s first hybrid mid-size SUV with all-wheel drive.

With 16,512 cars sold last month, they also contributed significantly to YoY growth, which increased by 87.7 per cent. Toyota also noted rising demand for other goods like Glanza. Innova Crysta & Fortuner continue to perform well in the Top 10 car sales in June 2022.

Despite being in only four digits in terms of cars being delivered, this well-known brand still makes it to the top 10, With its most recent offering, Kiger, Renault has also been catching up. 9,317 cars were sold last month, which accounted for a 52.7 YoY gain in their sales report. The brand’s best-selling items may be Kiger & Kwid, however, some customers still yearn for the Duster.

Honda City e: HEV, its initial entry in the electrification race, boasts a fantastic fuel efficiency of 26.5kmpl. Due to City’s stellar performance in the sedan market, they received a lot of attention for their most recent offering. Last month, they were able to sell 7,384 cars, which is a 64.3 per cent Year on Year growth.

With Slavia, its most recent model, Skoda has attempted to revitalise the sedan market. Compared to the opposition, they experienced the most notable YoY growth. Their sales report showed an increase of 720.6 per cent year over year.

Thanks to items like Kushaq & Slavia, this month’s sales are the greatest ever. Last month, they were able to sell 6,023, which is a considerable increase over the 734 units in June of the previous year makes this brand into the Top 10 car sales in June 2022.

MG, with 4,503 vehicles sold last month, is the final marque on our top 10 list. They outsold the 3,558 units sold in June of the previous year by more than 27% YoY. Their most successful products have been the MG Hector and ZS EV.