Top 10 Wicket Taker in Test Cricket: Test cricket has always been ultimately special and exciting, with a couple of test series going on right now, it doesn’t get any better time for us to update you all with the Top 10 Wicket Taker In Test. 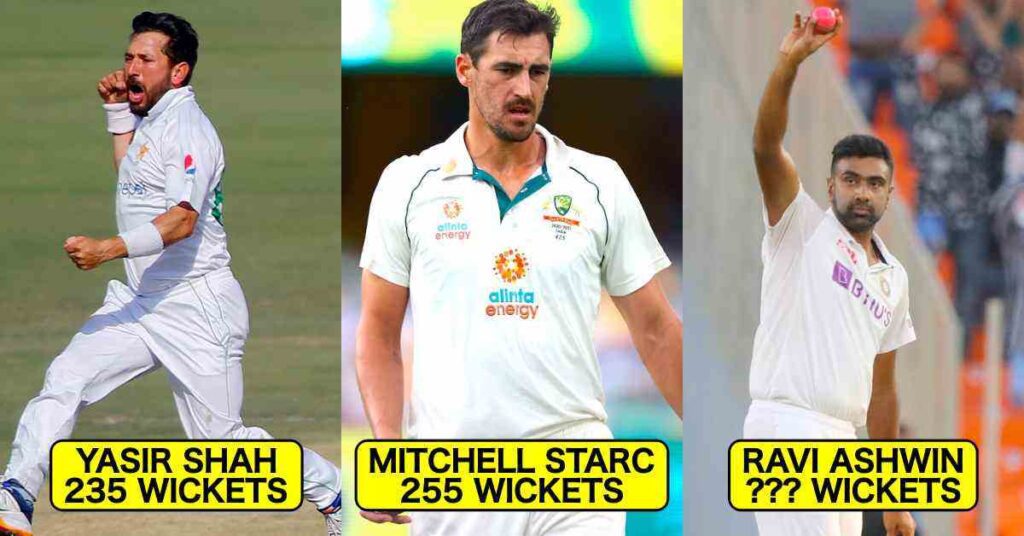 Who will ever forget this Sri Lankan legendary cricket player? Muttiah Muralitharan is the one and only test cricketer to have taken 800 test wickets, and with that, you should not be getting any doubts over who’s the table topper of this Top 10 Wicket Taker in Test Cricket list in 2022.

The right-arm off-spinner, Muralitharan has been a phenomenal performer on the field with his unique action. Besides test cricket, Muralitharan has also taken around 520 ODI wickets, such is the legacy of this Sri Lankan legend.

One of the finest ever leg spinners, the game of cricket ever witnessed is absolutely Shane Warne. In his 15-year test cricketing career spanning from 1992-2007, Warne has amassed 708 test wickets, and the leggie’s magical deliveries to dismiss A Strauss and Mike Gatting will forever be etched in our hearts.

Shane Warne passed away very recently, though Warne may have left us, his legacy will never be forgotten and Warne will stay forever in this Top 10 Wicket Taker in Test Cricket.

Arguably the goat fast bowler of test cricket has to be England’s spearhead Jimmy Anderson, since his debut in 2002, J Anderson never looked back, even at the age of 40, James Anderson has easily been getting fifers in test cricket.

Hailed as the king of swing, James Anderson’s tally of Test wickets is 657 and he will rake in more and more test wickets, as the 40-year Anderson still has some career left in him.

Next from this Top 10 Wicket Taker in Test Cricket list is the Indian jumbo, the finest leg spinner and the top most spinner Indian cricket team has produced, Anil Kumble has taken 619 test wickets, and also was the first and only Indian test cricketer to have taken all the 10 wickets in a single inning of a test match when he did this feat vs Pakistan in 1996 at Feroz Shah Kotla in Delhi.

Kumble became the 2nd test player after English spinner Jim Laker to achieve this feat, later in 2021, the Mumbai-born Indian, Newzealand left-arm spinner Ajaz Patel also took 10 wickets against India, what’s more, special is that Ajaz Patel took all the 10 wickets on the land he was born, which is also Mumbai. 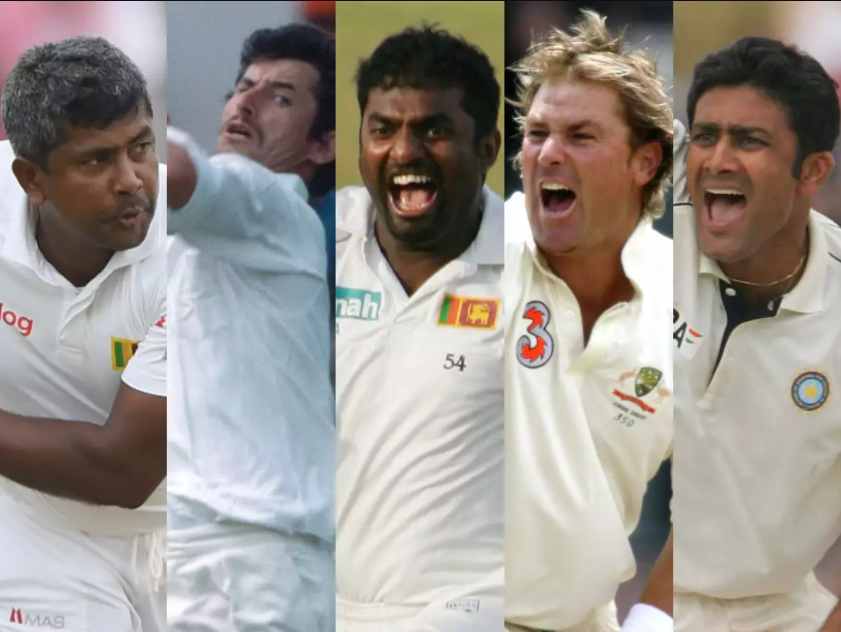 The greatest fast bowler from the Australian cricket team is the next on this Top 10 Wicket Taker in Test Cricket 2022 list with a total of 563 test wickets. If you ever the word swing in cricket, then automatically G McGrath will come to your mind.

James Anderson’s partner, counterpart, and fellow England bowler Stuart Broad has always been the legend of the test game, the 6 ft bowler S Broad has accumulated 552 wickets and the 600 mark is not so far for the right-arm pacer with more test cricket left in him, S Broad besides a bowling legend is also a handy left-handed batsman down the order.

The legend of West Indies cricket, the man who gave a new dimension to the bowlers, the Jamaican spearhead C Walsh has 519 test wickets and is very well placed here on this Top 10 Wicket Taker in Test Cricket 2022 list.

The Indian test cricketer and magician off-spinner are next from our Top 10 Wicket Taker in Test Cricket 2022 list, the office has taken 442 wickets, but the interesting thing about Ashwin is that he rarely plays overseas tests and has also not taken a fifer in sena test countries, playing almost all games in India, also consistently picking fifers, R Ashwin has his name here at this Top 10 Wicket Taker in Test Cricket 2022 list.

If we hear the name Dale Steyn, then automatically the word that comes to our minds is Steyn Gun, the South African express pace bowler, yorker king, swing king, and goat of the game Dale Steyn has a total of 439 wickets, Dale Steyn had always been instrumental in South Africa’s overseas Test series wins.

Nathan Lyon is the greatest spinner of this generation and the 2nd best spinner from Australian cricket after the legendary Shane Warne, the offie Nathan Lyon with 436 test wickets, has always won games for his country single-handedly on many occasions of the game. With Nathan Lyon our Top 10 Wicket Taker in Test Cricket 2022 list gets complete.