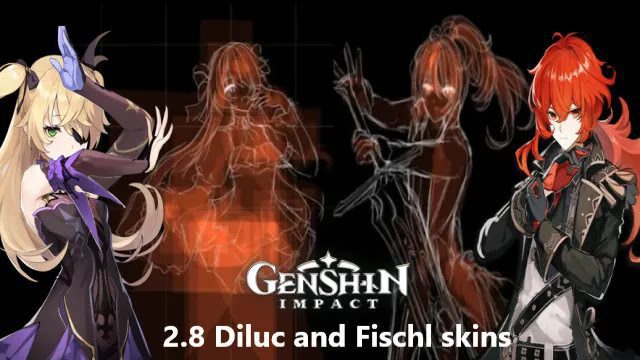 The game consists of various events that are launched time-to-time. And each event is fun to play. Sometimes, they introduce a new character in the game with an event or a new skin for a particular character.

Development was 1st started in 2017 and it is currently ongoing. The game receives way too many positive reviews, with critics that keep praising the game’s combat mechanics and open-world immersive experience, but criticizing its simplistic endgame and monetization model. And also talking about the commercial success, the game grossed more than $3 billion in its first year of release.

There is an in-game character in the game named Fischl. She is an investigator for Mondsadt’s Adventures Guild. She is accompanied by the night raven Oz. Fischl is a daring adventurer with very outstanding theories that turns out to be true. She claims that she hails from a world that is beyond Tevyat. Her birthday is on the 27th of May.

Fischl’s full name is Fischl von Luftschloss Narfidort. She is a 4-star character that wields electric nature. She performs 3 types of attacks that are normal, charged, and plunging. This character was added in the game version 1.0.

There are no special power-ups in this skin. The name of the skin is “Ein Immernachtstraum”, which is said to be the German title for Shakespeare’s comedy which is Midsummer Night’s Dream.

Genshin Impact Fischl Skin: How To Get It

In the next update of Genshin impact which is 2.8, the skin will be launched. According to the leaks, to get this skin, users have to play the new event in order to attain the skin for free.

Whatever leaks and information I listed above are all based on rumors and leaks. Some can be true whereas some can be mistakes. We hope that you like the article and found this informative. Thank you so much for reading this article. We wish you progressive gaming ahead. Happy Gaming all Genshin Gamers out there.