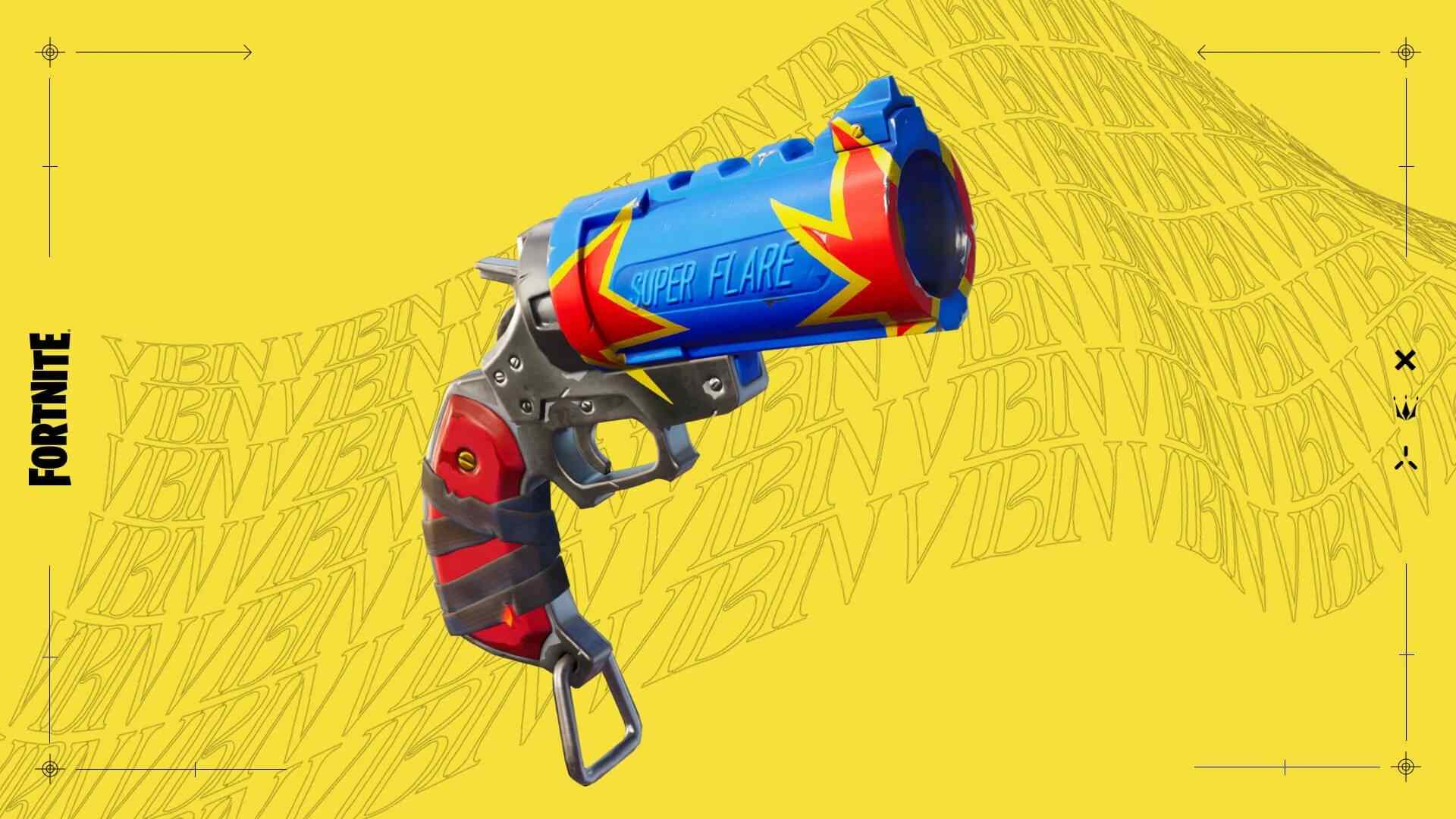 Where to find flare gun in Fortnite chapter 3: Fortnite Chapter 3: There was a noteworthy scene that may have gone unnoticed by many spectators in the Fortnite Chapter 3 Season 3 teaser. In a “mini-second but a worth noticing moment”, the Firework Flare Gun was briefly displayed. Although the new weapon won’t be available until later in the game or we need to have a wait for Flare Gun in chapter 3 of Fortnite until and unless a new update, players can already use it in Creative Mode as a part-time solution.

New Update Of Flare Gun: Where to Find Flare Gun in Fortnite?

In time for the Fourth of July, the No Sweat Summer event will include the arrival of the Firework Flare Gun. It makes perfect sense for Epic Games to include fireworks in the game at that time since they are a natural part of the event.

Additionally, it is a fantastic fit for the season’s theme. Fireworks will undoubtedly fit well with the season’s current thrill provides. They are the perfect accent to this festive season because they are cheerful, colourful, and entertaining.

Although the Firework Flare Gun has not yet gone live in the Battle Royale mode, it is sure to be a very popular item when it does. Here is all the information that gamers need to know.

The Grapple Gloves and Firework Flare Gun have reportedly already been made available in the game’s Creative Mode, according to IFireMonkey’s latest tweet, one of the most dependable sources in the Fortnite leaker community.

Items typically need to wait until after some time has passed before being put into Creative Mode. In actuality, they frequently begin in Battle Royale before switching to Creative. Interestingly, the Firework Flare Gun is the first to be in Creative Mode.

The game’s Battle Royale in Season 3 mode is where the Grapple Gloves recently made their debut, but Creative also offers them. Both of these things are available for use by players in Creative along with other vaulted, unvaulted, or random weapons and stuff.

The Firework Flare Gun will probably be a fairly noticeable component of the treasure pool once it does appear in all of Fortnite’s game modes. The weapon will be available later this season, according to HYPEX, another trustworthy leaker.

Where To Find Flare Gun In Fortnite Chapter 3: The Flare Gun is a piece of the base loot in Fortnite. This implies that the only way to obtain one is to scour as many supply drops and chests as you can or to be fortunate enough to locate one on the ground. Flare Guns are not sold by NPCs or vending machines. If you search places like The Daily Bugle or Chonker’s Speedway, your chances of finding the Flare Gun are increased.

Flare Gun is not an exotic or mythic weapon, hence your odds of finding one in the game are significantly higher. You might discover a Fireworks Flare Gun as part of the new season, which performs the same functions as a regular Flare Gun but with some lovely fireworks. This cannon also has a burning feature.

Can we expect Flare Gun in Fortnite chapter 3 in a month?

The finest weapon you can acquire this week is going to be the Firework Flare Gun. You may shoot it in the air, and when it lands, watch how it spreads fire, but you can just shoot it at foes. If you miss, it’s okay because the fire that spreads from it will swiftly engulf a sizable chunk of the region.

In a blog post, Epic explained the new item and provided details on how it will operate. The Flare Gun’s users who used it in Chapter 2 are already familiar with how to use it, although beginners might require some practice.

Why not add some fireworks because it’s the season of good vibes? The Firework Flare Gun won’t let players fire a typical flare. Every shot they make will be a fireworks display instead. A spreading fire will start when the fireworks shell explodes, igniting the surrounding environment.
The greatest approach to take down players is to trap them in a fire before launching a barrage of shots at them, especially in Zero Build with its over-shields. It’s a terrific strategy to eliminate many players quickly and in a short amount of time.

CHAPTER 3 LATEST UPDATE: A brand-new item has been added to Fortnite Battle Royale: the Firework Flare Gun. Even though Chapter 3 Season 3 is only in its fourth week, Epic Games has already introduced a tonne of new material, and a lot has changed.

It’s not surprising that the current season of Fortnite is one of the finest ever because the game’s designer is working hard to add new, fresh content.

The Firework Flare Gun is a new weapon that, unlike the Ripsaw Launcher, is originally only available in one place on the Fortnite island.

Both on the ground and in chests, it is reachable by loopers. Finally, Supply Drops will also offer the new item.