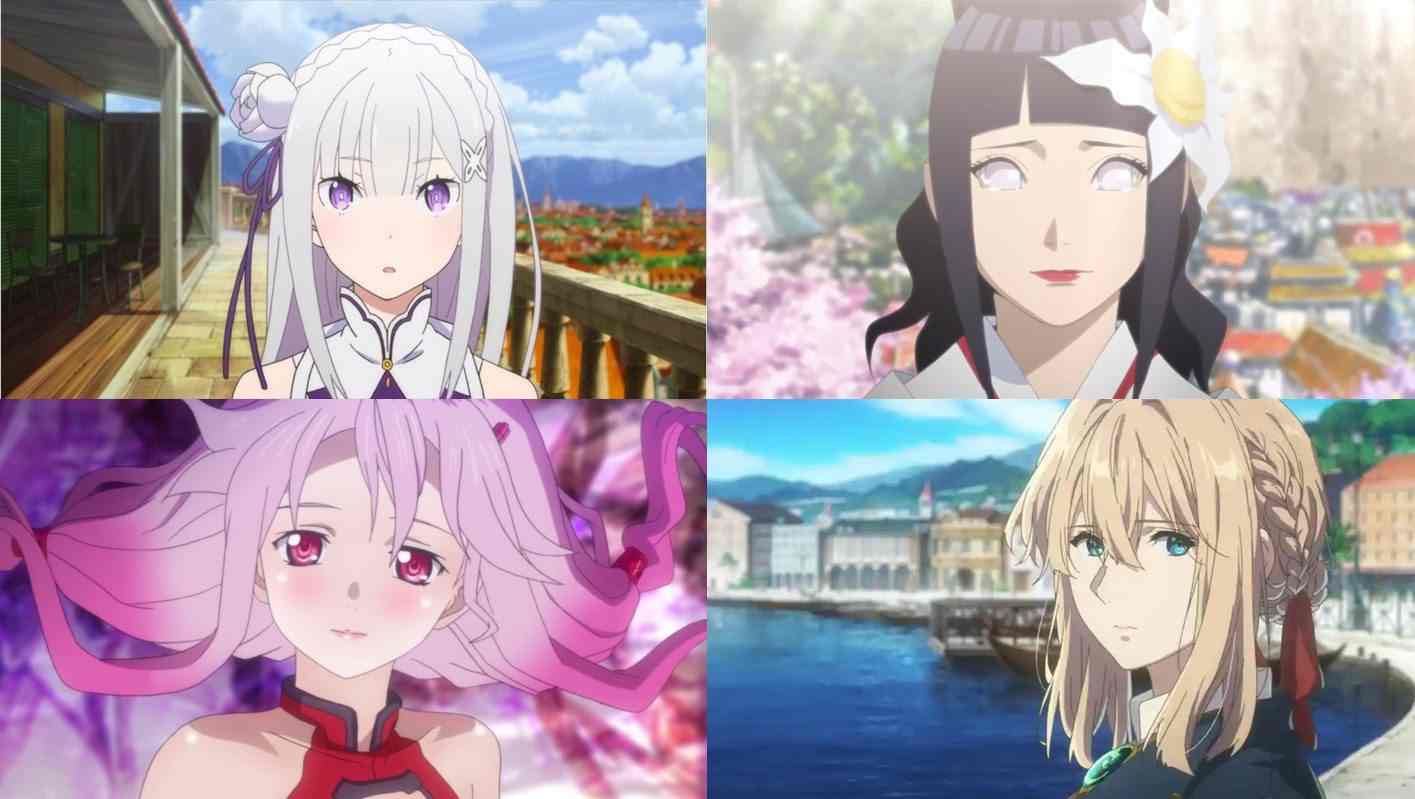 Hitoka Yachi is a first-year student girl and also one of the men’s volleyball team managers. Hitoka Yachi has a huge crush and respect for Kiyoka.

After Yachi’s position as volleyball manager, she’s learned more about the gaming techniques like never before she used to be. A young and blonde Hitoka Yachi has several fans and is also one of the best female leads in the Anime Haikyuu.

Saeko is a former student from Karasuno High school, Saeko Tanaka was often deemed as a bad girl yet with more swag and fans. Her relentless attitude even with the Haikyuu boys has brought so many fans to her. Tanaka has played for Karasuno High and also appears to be the older sister of Ryuunosuke Tanaka. Saeko Tanaka often loves to drive cars and she’s sometimes dangerous too.

A prominent and former player and member of Niiyama girls volleyball club team, Kanoka Amanai also represented the Japanese female volleyball team which is a proud moment for the Haikyuu Fraternity.

Yui Michimiya third year at Karasuno High is the prolific player from Haikyuu. Yui Michimiya was the captain of the girl’s volleyball team and her natural smashing and attacking volleyball skills brought her more fame and fans. So Yui Michimiya does have her own place in this 10 Best Female Characters in Haikyuu 2022 list.

Alisa Haiba from Haikyuu community was a college goer, volleyball player and a model too. She’s the older sister for Lev Haiba. A beautiful Alisa Haiba with a blonde hair, jolly to go and humorous in nature, has always been a crush for boys and often helps them out for Haikyuu volleyball games. Alisa Haiba is definitely one of the 10 Best Female Characters in Haikyuu.

Madoka Yachi is the senior-most female Haikyuu character ever. Though gets less screentime and scope than that if Haikyuu’s men, Madoka Yachi never fails to impress us.

Madoka Yachi is the mother of Hitoka Yachi too. Madoka Yachi with long, silky, and peach brown hair is obviously amongst the 10 Best Female Characters in Haikyuu.

An over-adventurous female character from the Haikyuu club has to be definitely Akane Yamamoto, though Akane has always been the secondary female character in Haikyuu, she never failed to cheer with full of enthusiasm for her sister Taketora Yamamoto during her volleyball games and stints.

Natsu Hinata is Shoyo Hinata’s younger sister, Natsu had also played for the Niiyama girls volleyball team till 2018, though Natsu Hinata didn’t get much scope even with top most volleyball skills, yet she’s in this Top 10 Female Characters in Haikyuu.

Mika Yamaka the boyfriend of Suguru Daisho and also the captain of Haikyuu’s men’s volleyball team then studied at the Nohebi Academy and is right now a nurse in Tokyo.

Though she broke up with Suguru, as he wanted to focus on volleyball, they patched up. Mika Yamaka is a skillful player and one of the Top 10 Female Characters in Haikyuu.